Naked On The Run: A New Craze For Racing In The Nude

It was to be just a small race, in “total freedom,” meaning with no sartorial restraints. In other words, running naked.

The organizers expected limited interest and a handful of participants.

“Be bold,” the Facebook invitation read. “Come participate in the running of Berck-sur-Mer! A 6 km race on one of the most beautiful beaches of the Opal Coast. Do you like to run naked or have you always dreamed of doing it? Come and join us.”

What the organizers at Berck-sur-Mer in the northern French department (state) of Pas-de-Calais didn’t imagine when they came up with the idea of a first naked running competition was its popular reception. 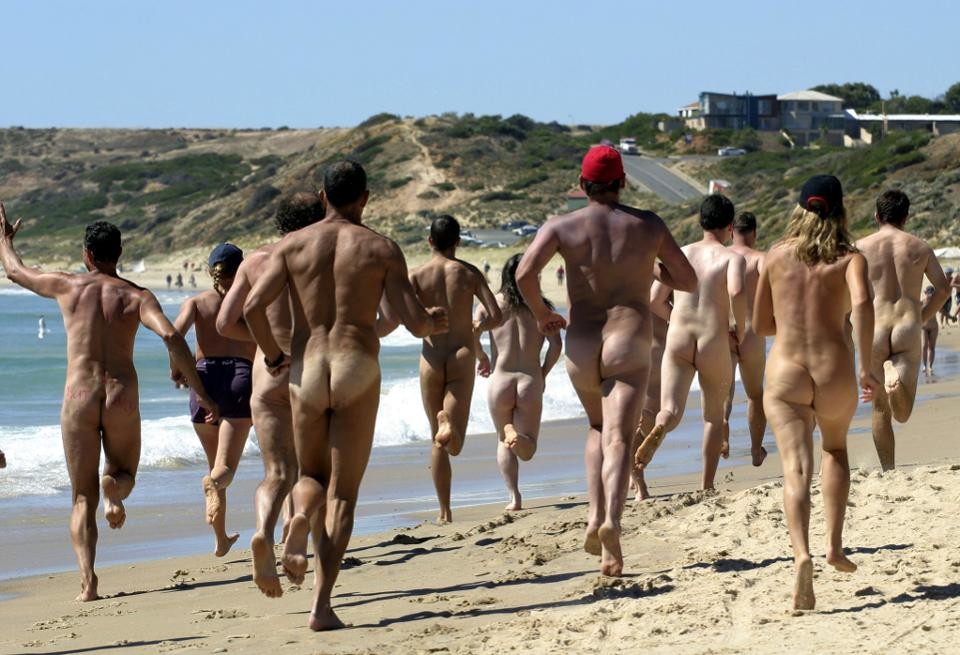 A few days after the announcement, and much to their surprise, they were overwhelmed with the widespread internet buzz. "We didn’t think it would arouse such interest," said Philippe Lehembre, president of Hauts-de-France Naturists organizers of the first “Naturopathic Foulées (Naturist Strides). "We thought we’d get 10 people.”

The post was viewed more than 600,000 times. Now they must alter their expectations, impose entry limits and fix the rules and organization of the competition scheduled for September 22.

“The wide sandy beach at Berck is a popular spot with nudists and the Hauts-de-France group organizes regular events in the area including picnics, mussels-french fries evenings and a naked bike ride,” reports The Local.

For the local authorities, “the problem is not that the public will be naked,” the Times of London wrote in an article entitled “Beach run undone by naked ambition.” Their concern is that the participation “is threatening to be so numerous that they will create disorder.”

Because they weren’t expecting so many naked runners, the organizers hadn’t even officially registered the event with local officials. Now the group was forced to apply for a permit and limit participants in the race, which features two laps around a three-kilometer circuit on the beach, to no more than 60.

“We have to limit ourselves to 60 participants to the kilometers of beach where nudism is tolerated,” said Lehembre, who thinks the popularity online was caused by "the poster that pleased because it soberly represents naked runners. The graphics are very nice. The speed of social networks did the rest."

Nudism in France has become increasingly popular. “It’s enjoying a boom,” according to The Local. “And it isn't only the French who are prepared to let it all hang out in public.”

Many foreigners, specially British have been enthusiastic participants in different nudist events such as the Parisian Day of Nudism (Journée Parisienne du Naturisme), which took place in June at the Bois de Vincennes and where hundreds of naturists gathered to sunbathe on the grass, have picnics, practice yoga and nude fitness.

France is the top world destination for nudists with 3.5 million regular practitioners of which 1.5 million are French and two million are foreigners. "People find a lot of variety here. They can experience naturism in the countryside, by the mountains or the sea, or they can take part in the many cultural and sports events held for naturists."