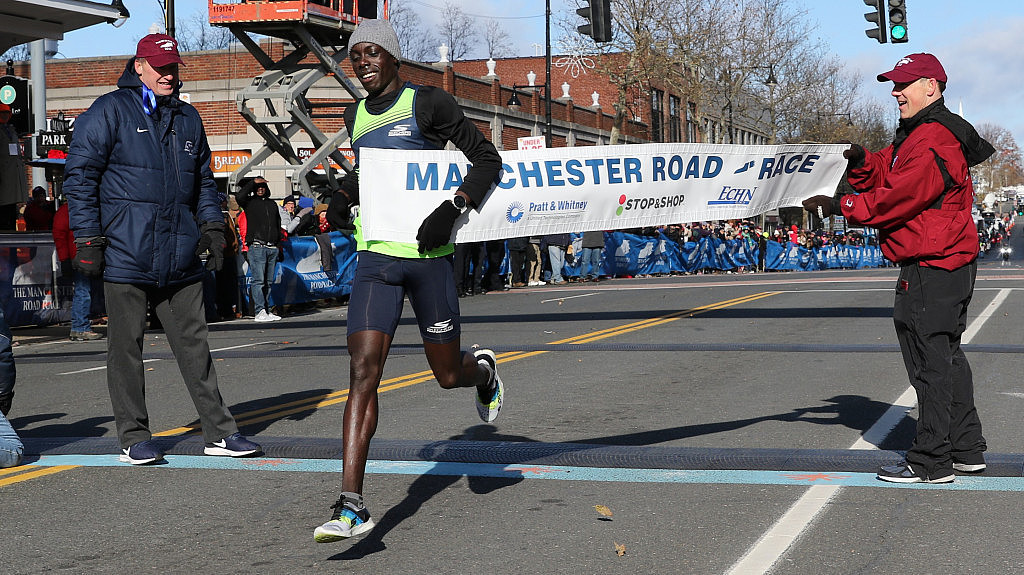 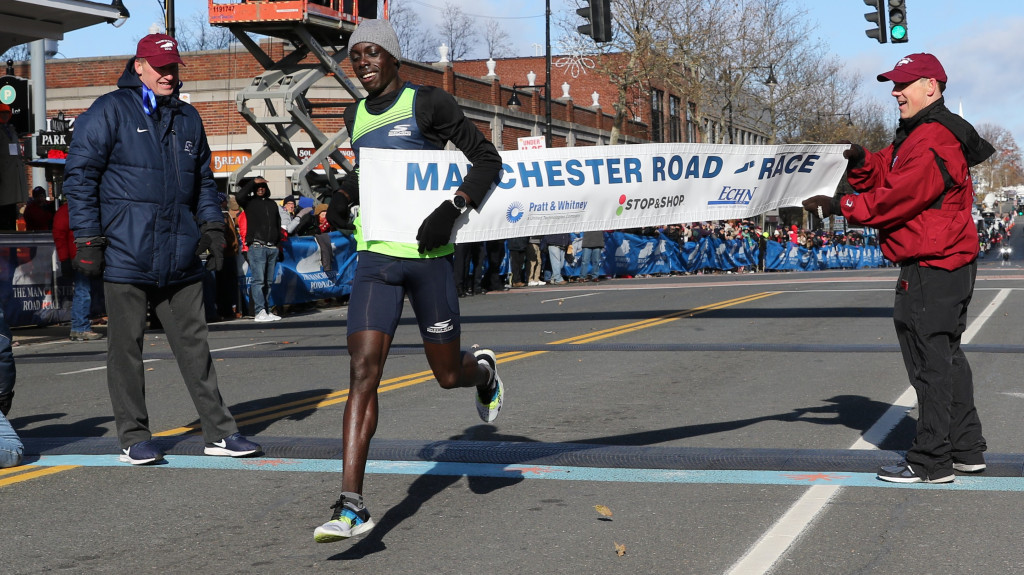 NCAA champ Cheserek breaks course record on a frigid day at the Manchester Road Race, and Celliphine Chespol of Kenya wins for the women runners

In frigid conditions, Clutching hand warmers to fend off the frigid cold, Edward Cheserek broke the course record, winning the 82nd Manchester Road Race in 21:16 Thursday morning. Cheserek, a 17-time NCAA champion from Flagstaff, Ariz., broke the record for the 4.748-mile race set by Aaron Braun (21:19) in 2012. It was his first time running Manchester. “I looked at the time, it was 21:17 or 16 and I thought that’s really OK,” said Cheserek, 24, who didn’t know he broke the record until somebody told him. “That’s a very good time.” Cheserek broke away from the pack at the top of the Highland Street hill and ran alone down Main Street toward the finish. Last year’s champion Paul Chelimo was second and Andy Butchart, who defied the elements by wearing a singlet and shorts, was third. Celliphine Chespol of Kenya was the women’s winner, outkicking last year’s winner Buze Diriba and 2016 winner Emily Sisson at the finish. It was the first road race for Chespol, 19, who is a steeplechaser. She ran the third fastest time (8:58.78 in the 3,000 meter steepchase in May 2017 at the Prefontaine Classic. “I’m so happy because this is my first time to run a road race,” Chespol said. It was about 16 degrees at the start but the wind chill lowered the temperatures to single digits. About 12,000 people ran and walked Thursday. (11/22/2018) ⚡AMP