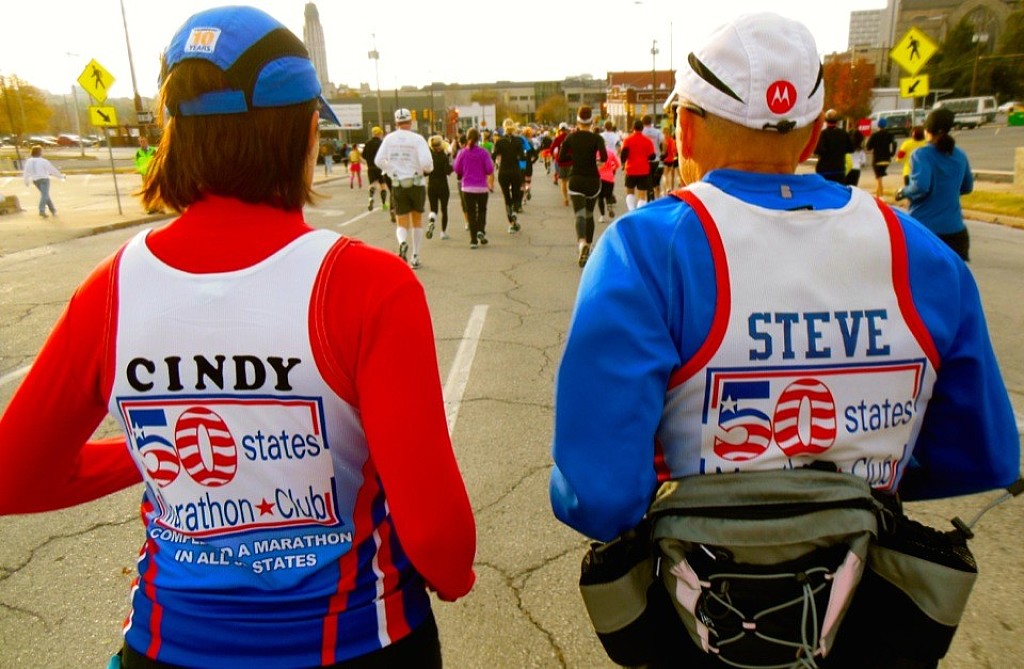 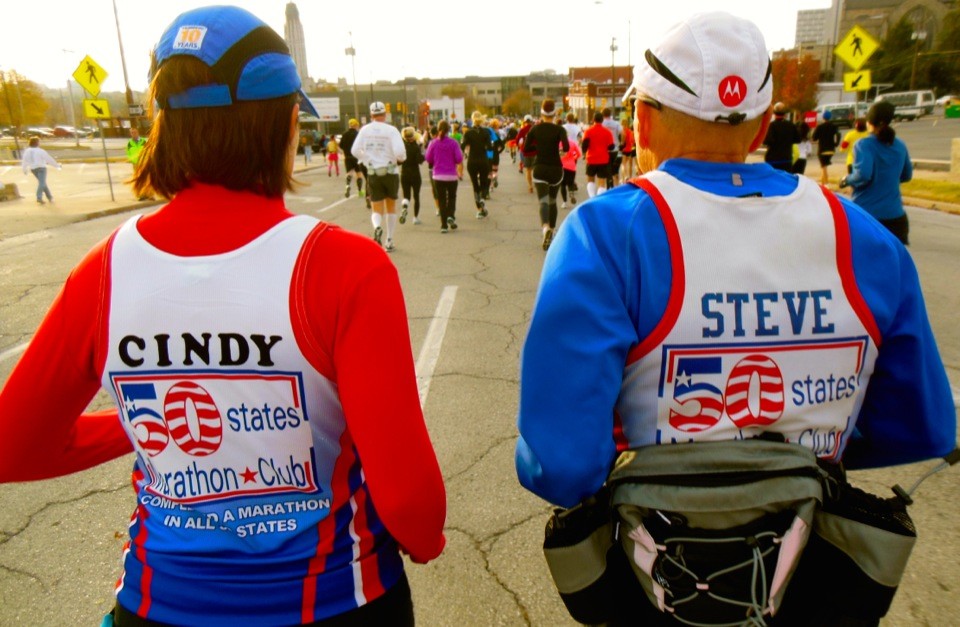 The 50 states Marathon club has 4,454 members.  Not all have completed the task of completing a marathon in every state in the US but they are working on it.  You have to have finished a marathon in at least ten states to join.  You don’t have to join their club but they offer a lot of good informaton, inspiration and advice.  It is a good challenge.  When Kari Hamilton crossed the finish line at last Saturday’s Nevada Marathon, the 44-year-old Bradenton, Florida social worker achieved a distinction that far surpassed finishing 28th in a starting field of 68 runners. She has now run a marathon in each of America’s 50 states. “It hasn’t hit me yet,” Kari said after returning home. “When I was finished I hugged my husband, Michael, and there were tears of joy. But it’s still so surreal.” Her first was the 2004 Chicago Marathon and, encouraged by parents Mark and Claudia Quehl, she figured she’d run one every year. “Then I joined the Bradenton Runners Club, met some folks who were running one in every state and thought, well, maybe I’ll go along for the ride,” Kari said. What a ride it’s been, too. She has run 84 marathons and ultra-marathons — 23 in Florida and as many as 15 in one year. “I’m not an athlete, but I like a challenge and each race is different,” said the Green Bay, Wisconsin, native. Her toughest race? The Leadville Trail Marathon in the Colorado Rockies. “It started at 10,000 feet elevation and went up to 13,000 feet,” Kari said. “I’m not used to those altitudes and it took me eight hours to finish.” (06/24/2018) ⚡AMP