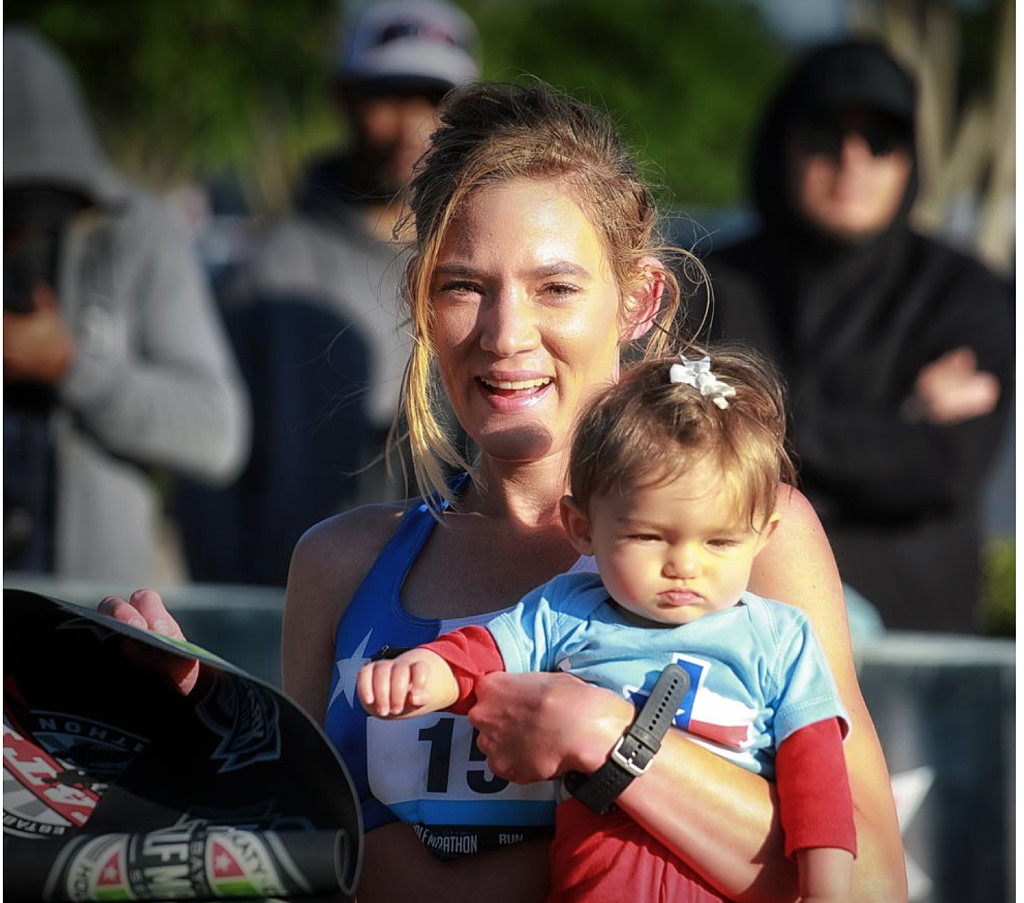 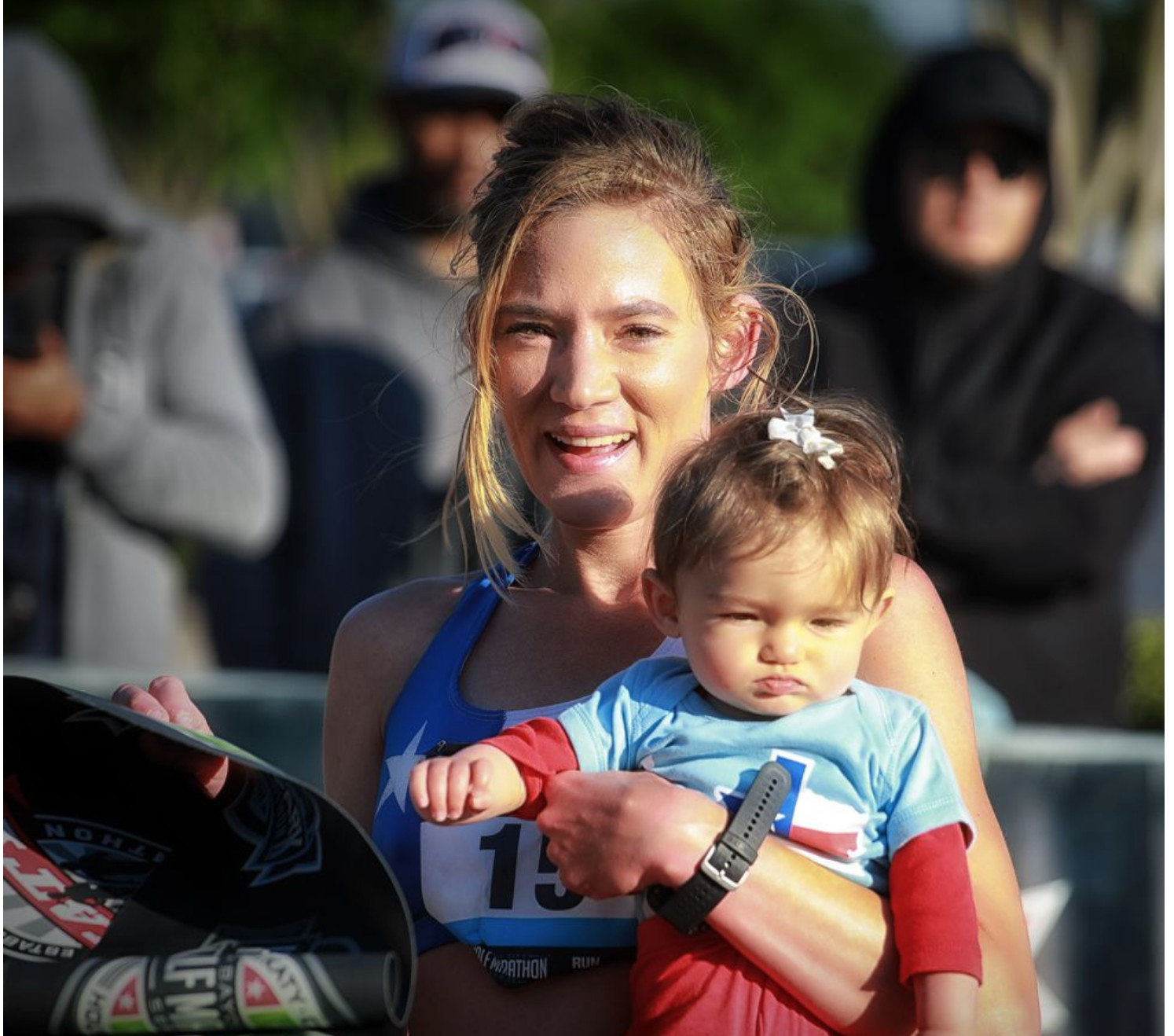 With the help of her mom, 8-month-old Sadie Rose Stroud was the first female to cross the finish at the Vintage Park Half Marathon in Houston on April 14.

She and her mom, local runner Lauren Stroud, not only took the women’s win in 1:22:29, they also set a pending stroller half marathon Guinness record while doing so.

Stroud took more than five minutes off the previous official Guinness record of 1:27:34 held by Lindsy James of the United Kingdom. Julia Webb beat this time at the 2016 Rock ’n’ Roll Chicago Half Marathon with a 1:22:57, but this record appears to have never been ratified by Guinness.

To make the victory all the more dominating, Stroud won the women’s division of the race by nearly six minutes, averaging a 6:18-mile pace.