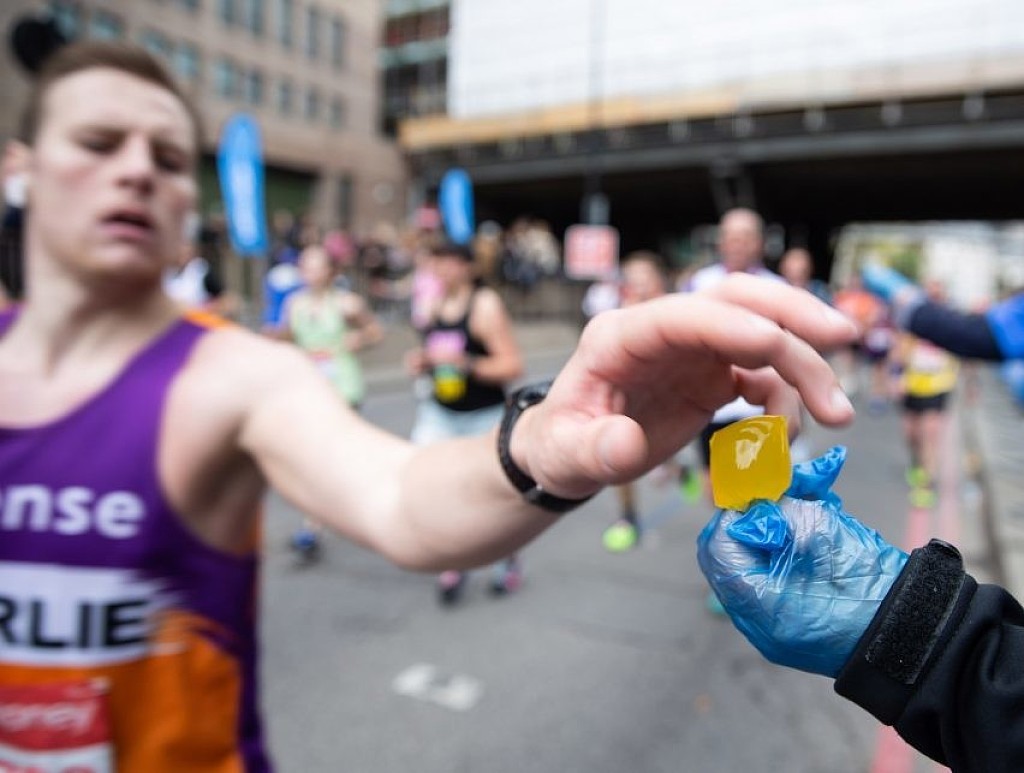 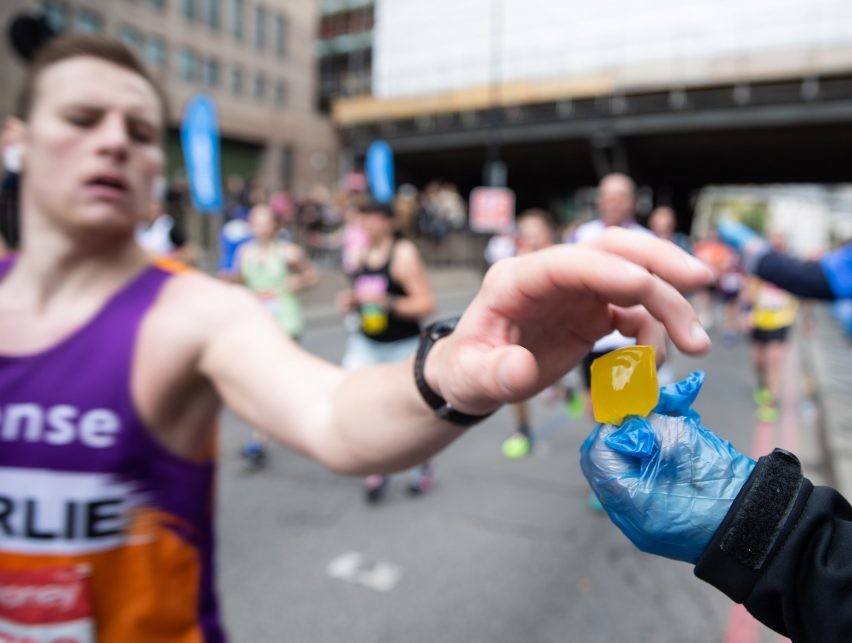 Over 30,000 edible drinks capsules made from seaweed were handed out to runners at the London Marathon, in a bid to reduce plastic waste.

The marathon was the largest ever trial of Ooho capsules – biodegradable pods that can be filled with water or other beverages.

You can either consume the pods whole, or bite into them to release the liquid. Made from a seaweed-based substance, the discarded wrapping will naturally decompose in four to six weeks – roughly the same time as a piece of fruit. 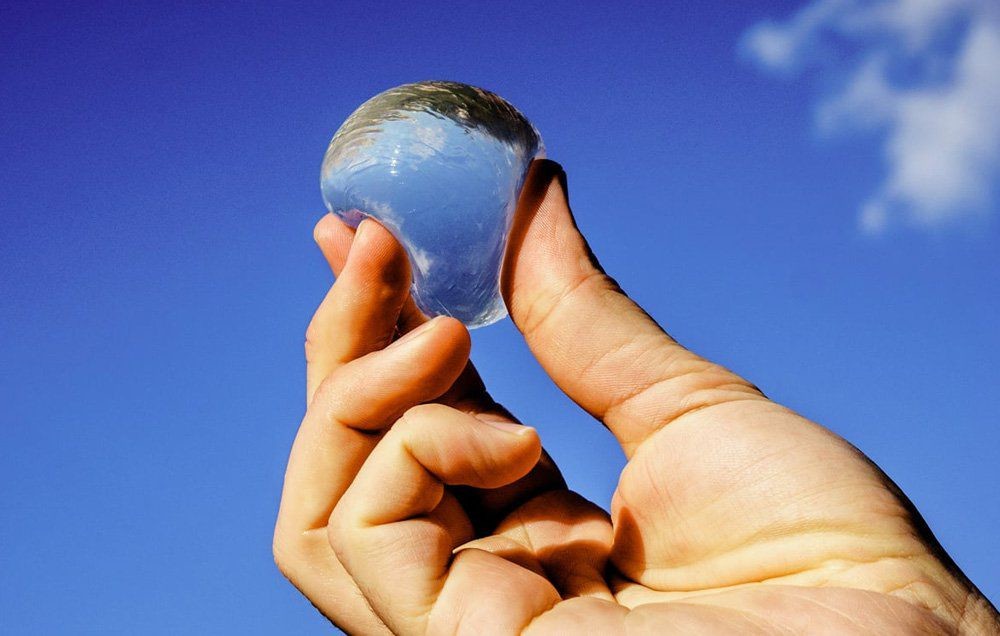 During the marathon, the capsules were filled with energy drink Lucozade Sport Orange and handed out to runners from a station 23 miles into the 26.2-mile course.

Introduction of the capsules formed part of a push from London Marathon organisers to make this year's event the most sustainable marathon ever.

Last year an estimated 760,000 plastic bottles were thrown onto the city's streets by runners and spectators. The target for 2019 was to bring this number down by 215,000. 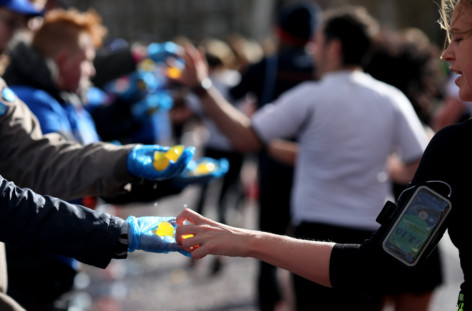 The total number of drinks stations was reduced from 26 to 19, including the one distributing edible Ooho pods. Plus two of the stations were handing out drinks in compostable cups.

To further reduce the marathon's carbon footprint, plastic bottles dropped in the London were taken to a recycling plant.

"It's really simple because it’s a membrane, and membranes are the technology that nature uses to encapsulate things using the minimum amount of material," explained Gonzalez.