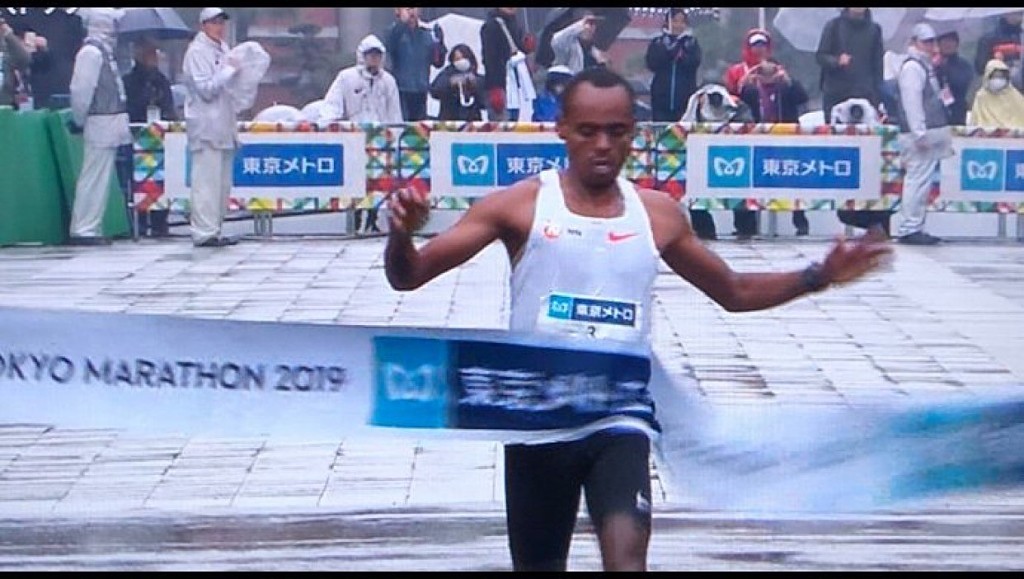 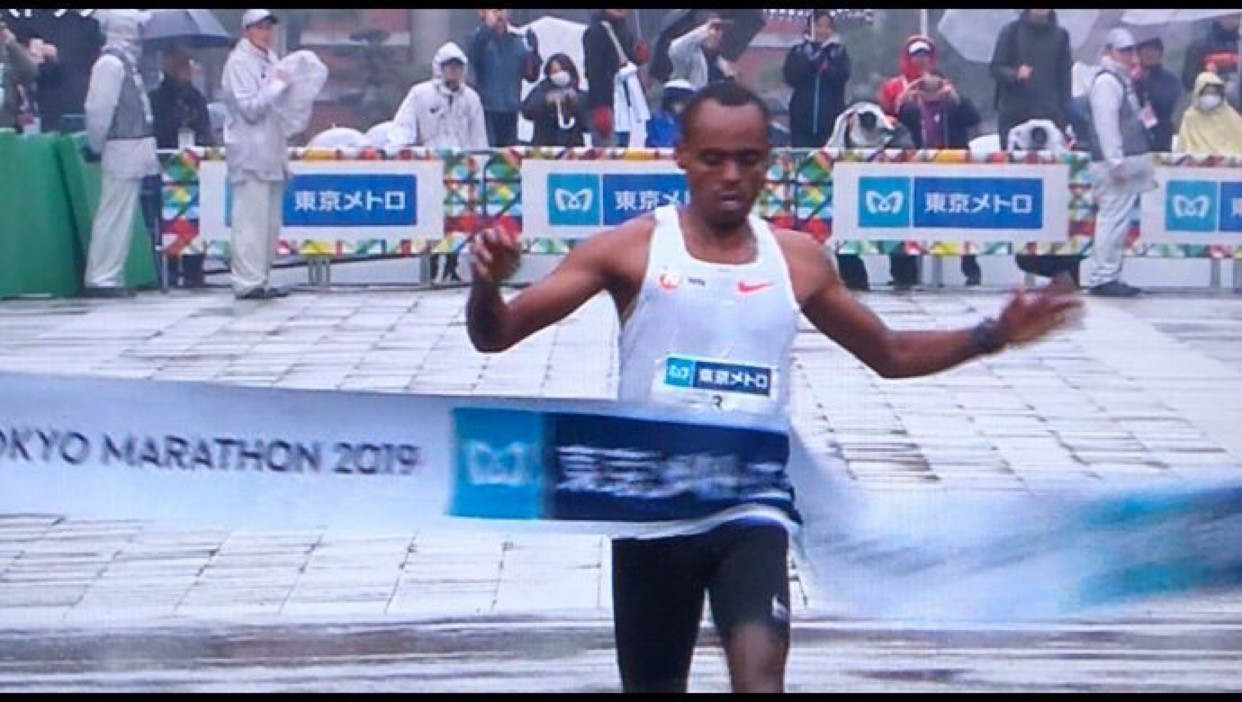 Legese pulled away at 30k and ran alone to the finish line of the Tokyo Marathon clocking 2:04:48

Ethiopian Birhanu Legese cruised to victory at the Tokyo marathon on Sunday, winning in a time of two hours, four minutes and 48 seconds in miserable conditions to claim his first major title.  It was raining and 41 degrees at the start and throughout the race.

The 24-year-old was part of a small leading group for the first 30 kilometres before pulling away easily from runnerup Kenyan Bedan Karoki (2:06:48) and strolling to victory. 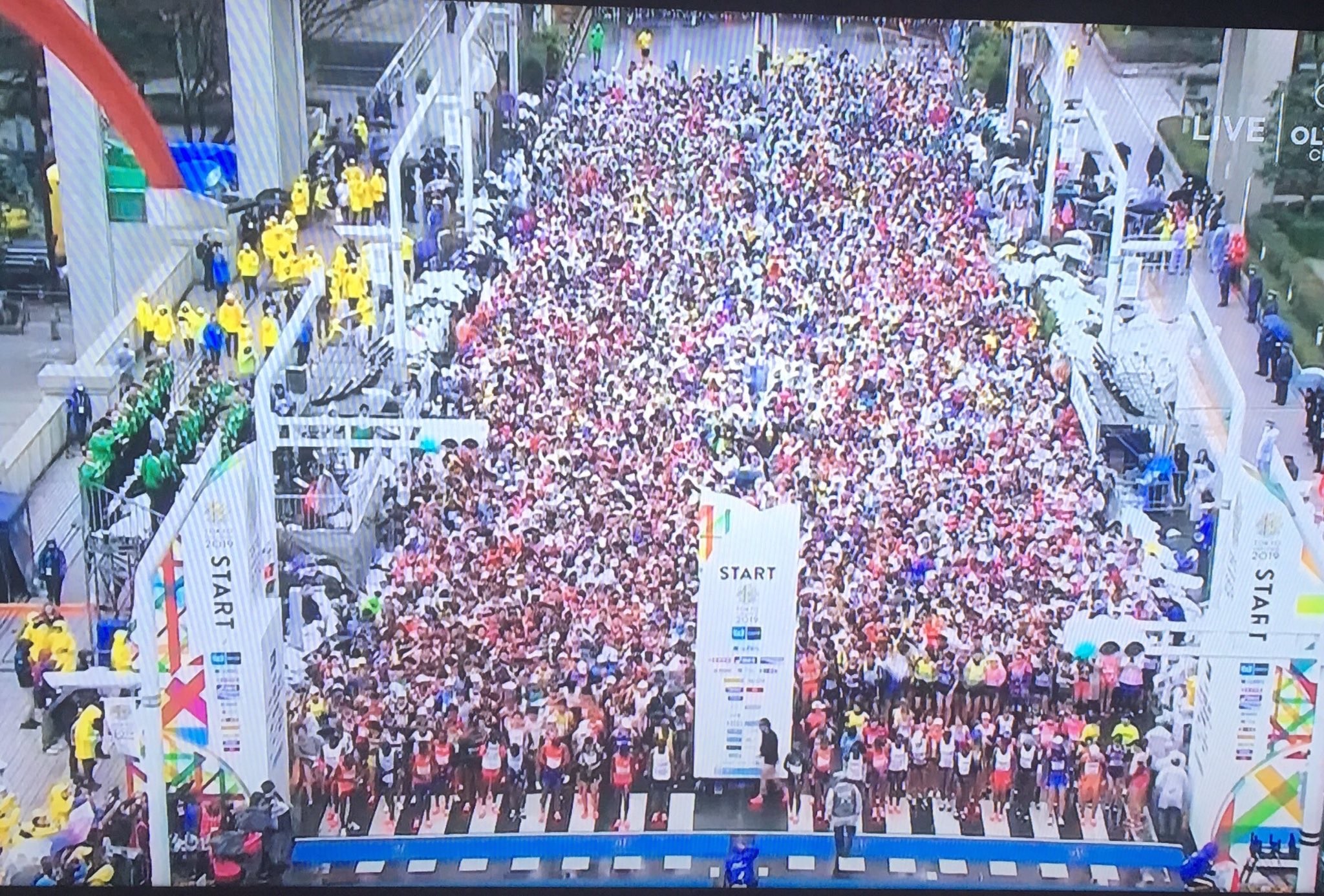 With rain lashing down for much of a frigid morning, it was never likely to be a fast race.

Japan fancied their chances of a homegrown male victory for the first time since 2010 but Suguru Osako, who set a new Japanese national record in October, struggled to stay with the leading group and pulled out with an injury 30 kilometres in.

The 27-year-old, touted as Japan’s best hope of delivering Olympic marathon gold when Tokyo hosts the Games in 2020, was distraught as he limped from the route.

Ethiopian Ruti Aga won the women’s race in a time of 2:20:40, edging out compatriot Helen Tola by 21 seconds.

While the cold and wet conditions served as an enemy for many of the elite runners, Legese put on a convincing performance and posted the second-best time in the event’s history, behind only Wilson Kipsang’s record 2:03:58, set in 2017.

“The weather was tough and it affected the result a little bit,” Legese said through an interpreter. “There were a lot of difficulties like the cold and the breeze, but because this course is a good course, if the weather had held up, I’m confident that I would’ve been able to run under 2:04.”

Ethiopians have now won the women’s marathon in Tokyo in six of the last eight editions.