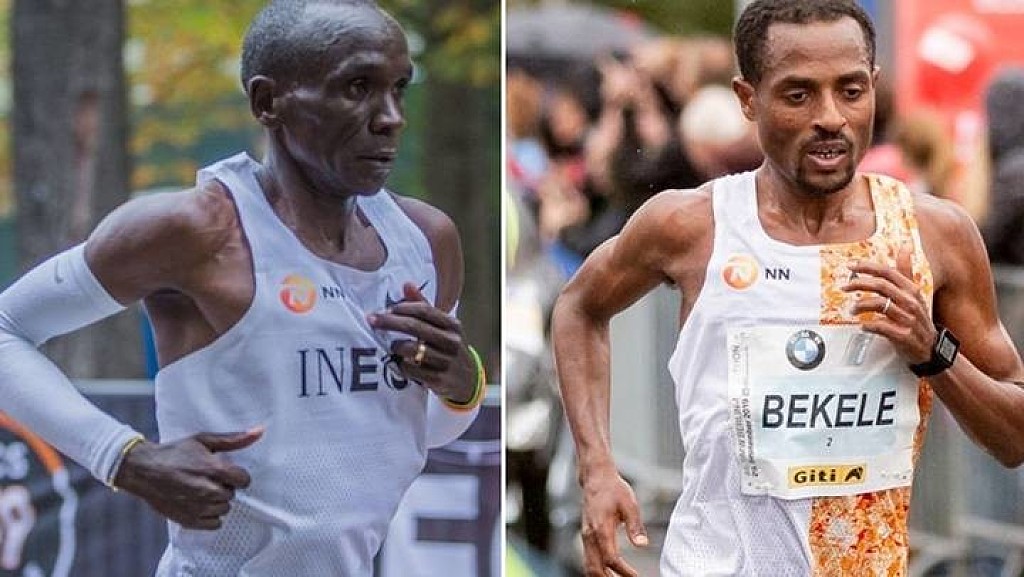 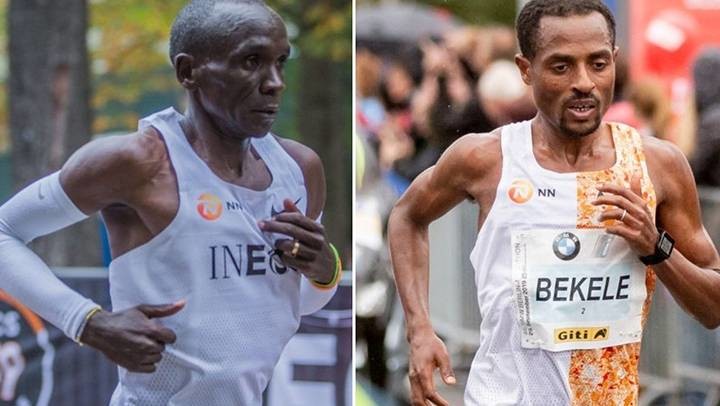 Kipchoge, Bekele to face off in virtual relay marathon

Marathon icons Eliud Kipchoge of Kenya and Ethiopia's Kenenisa Bekele will hold a virtual team relay marathon between June 6 and 7, which may act as a dry run to their unprecedented clash in London in October.

With the world closed down and international travel not allowed in many countries, the two greatest marathon runners will form part of the teams that will compete in the relay race together with Uganda's world 10,000m champion Joshua Cheptegei and New York marathon champion Geoffrey Kamworor. 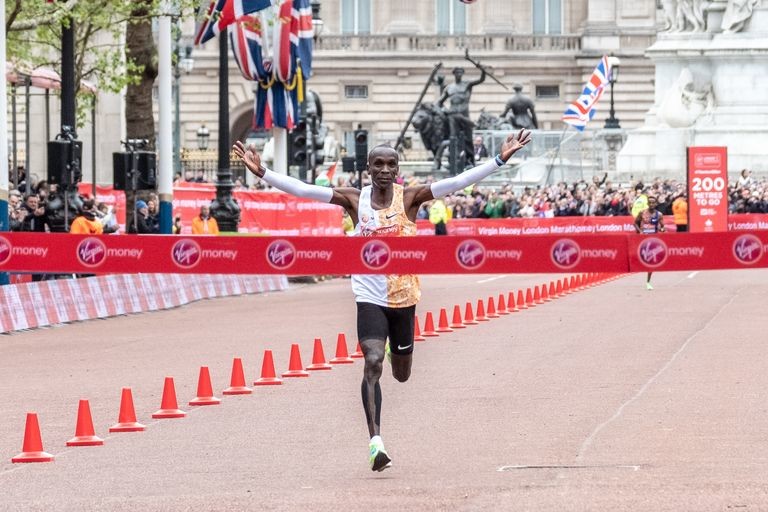 All four runners are managed by Global Sports Communications, under the NN Running team, and are using the lockdown to offer fans and elite runners hope as they wait for the sports season to open starting in August.

"On June 6-7, we run as one in a worldwide virtual marathon relay. Assemble a team of four, or be assigned a team with three other runners from around the world. Run against, or even possibly with, superstars like Eliud, Kenenisa, Joshua and Geoffrey," said NN Running team on Friday.

The virtual relay marathon is open to all athletics across the world. Each individual runner will be required to run for 10.5km alone so the team completes a full marathon together. This allows participants to safely run solo in their own locations while running in a team via the virtual standings.

"My teammates and I are really looking forward to joining the relay in this wonderful initiative. Success comes with hard work," world marathon record holder Kipchoge said.

"It has been an unusual time whereby all runners had to readjust their plans after having prepared well towards their own goals for this past spring season," the Olympic champion continued.

Bekele and Kipchoge will clash in the rescheduled London marathon on October 4 with Kipchoge hinting at making an attempt to break the course record, which he set in winning the 2019 race in the English capital.

Kipchoge cemented his status last year as the greatest marathon runner of all time by clocking the third-fastest time in history and becoming the first man to achieve a quartet of victories at the London marathon.

He clocked 2:02:37, carving 28 seconds out of the London course record he set three years ago.

"I hope to win again. We all look forward to a positive future and I believe that this is a great first step in that direction. Marathon is a sport whereby elite athletes and fun runners are actually all racing in the same race. It's what makes our sport unique and I find the essence of this to be beautiful," said Kipchoge. Enditem