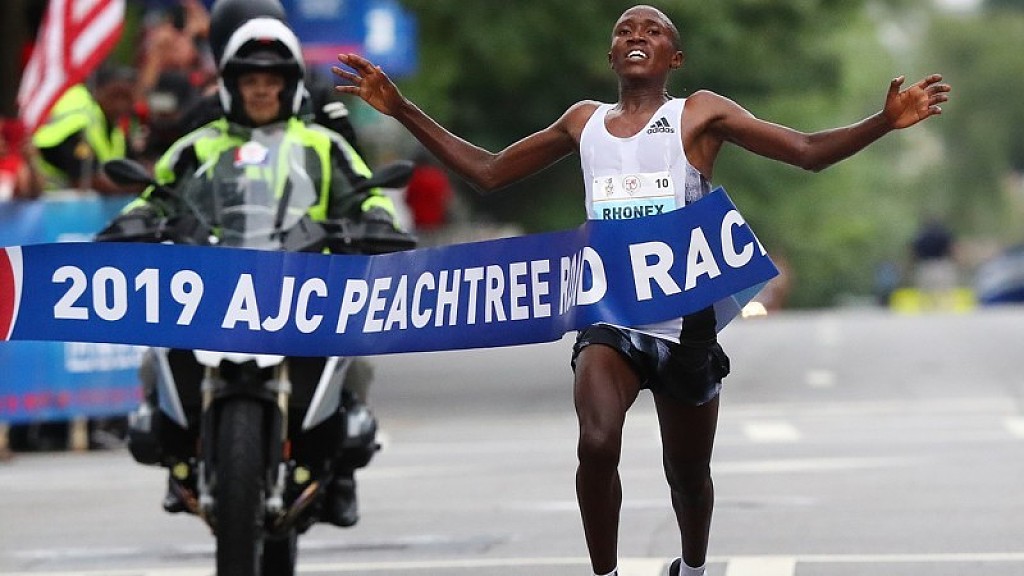 Kenyan Rhonex Kipruto, 19, won the men's elite race with a record-breaking time of 27:01, the Atlanta Track Club said, not only that, he ran the fastest time ever on American soil

Kosgei had to fight for her victory right to the line.  She was one of four women in contention at the four-mile mark (19:36), all Kenyans: Fancy Chemutai, Agnes Tirop, Caroline Chepkoech Kipkirui and Kosgei.  The quartet was still together through 5 miles (24:44), and appeared to be too far behind the course record pace to achieve the bonus.

“I think the race for the record is gone on the women’s side but we have an outstanding race,” said commentator Craig Masback on the NBC SportsGold broadcast.

Tirop was the first to be dropped when Kosgei accelerated with 26 minutes and 45 seconds on the race clock.  Looking back a few times, she continued to press the pace and appeared to break away to try for the record alone. But less than two minutes later, Kosgei appeared to have blown up.  Chemutai, the winner of the B.A.A. 10-K nearly two weeks ago, passed Kosgei.  Seconds later, Tirop also passed her.

Gritting her teeth and clearly in pain, Kosgei found some extra energy and rejoined the fight.  Using the downhill section of the course before the finish, she upped her pace and as the finish line came into view, and she and Tirop were shoulder to shoulder and running all out.  Kosgei angled to the right just before the tape causing Tirop to cut left behind her losing a step.  At the line Kosgei had a step on Tirop, but both women were given the same time of 30:22.  Chemutai ended up third in 30:32. 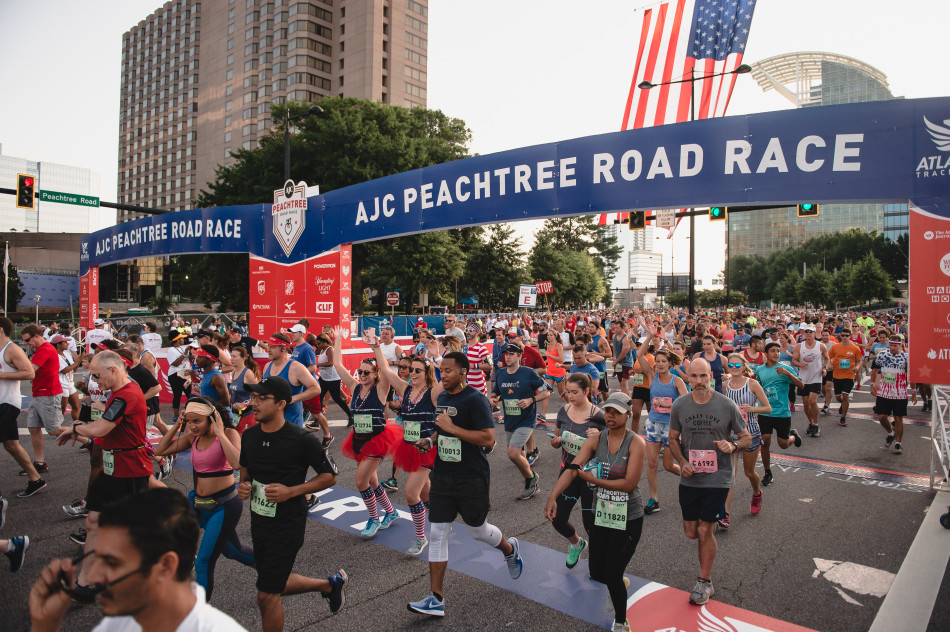 Kipruto mostly raced the clock today.  He passed through the one-mile mark in 4:21 (the lone pacemaker Brandon Lasater had already dropped out), and by two miles (8:25) only his younger brother, Bravin Kipkogei Kiptoo, was able to stay with him.  Kipruto blasted through the 5-K in 13:12, and four miles in 17:19.  His 5-mile split was about 21:50, which put him slightly behind course record pace.

But like Kosgei, Kipruto took full advantage of the final downhill section into Piedmont Park.  Sprinting full-out to the line with his unique toes-out running style, he got the record.

“Wow, this guy is a sensation,” said Masback. 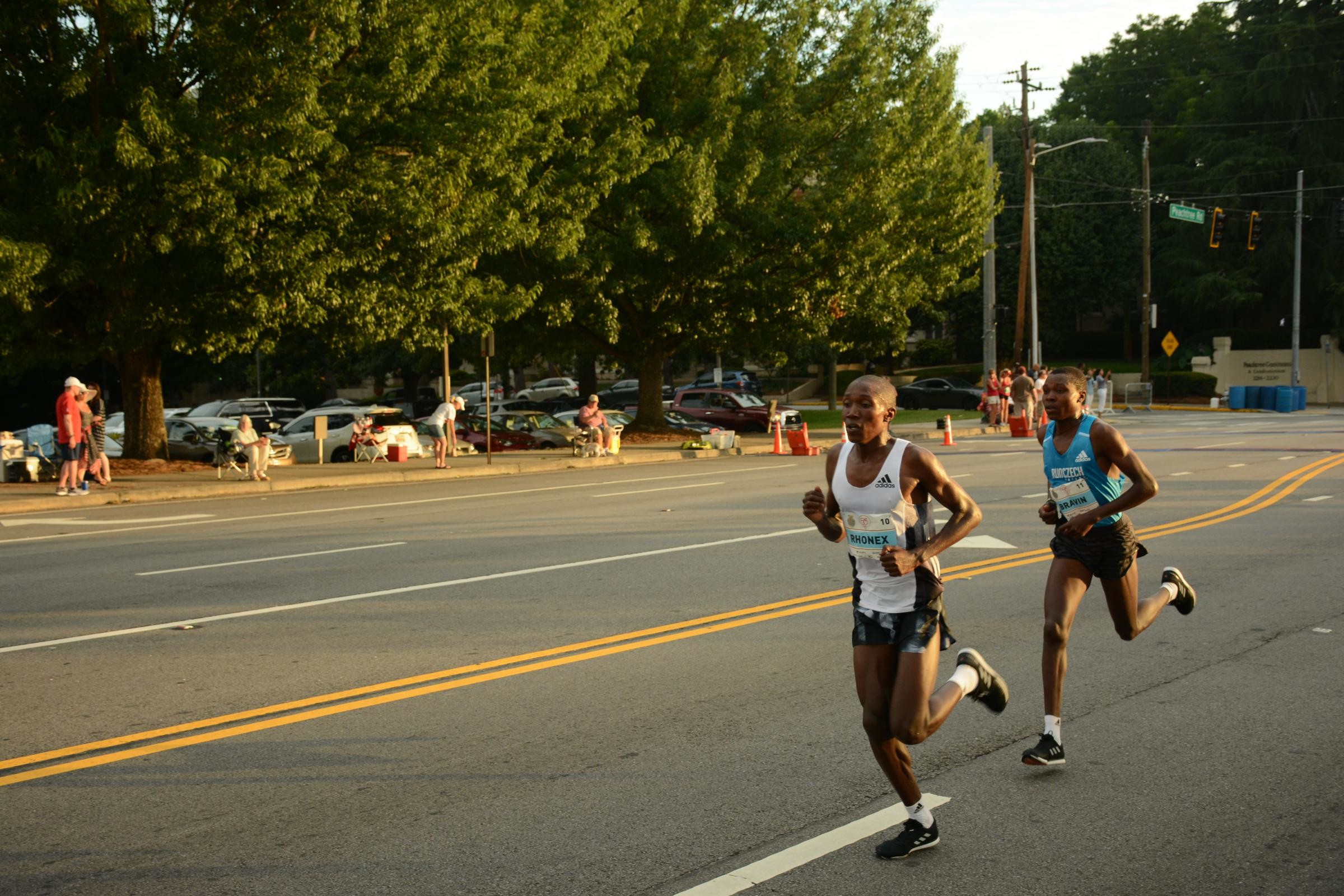 Kipruto’s brother got second in 27:31 and Kennedy Kimutai, another Kenyan, finished third in 27:56.

About 60,000 runners entered the race today which was founded by the Atlanta Track Club in 1970 when only 122 athletes finished.  It is now the world’s largest fully-scored 10-K.