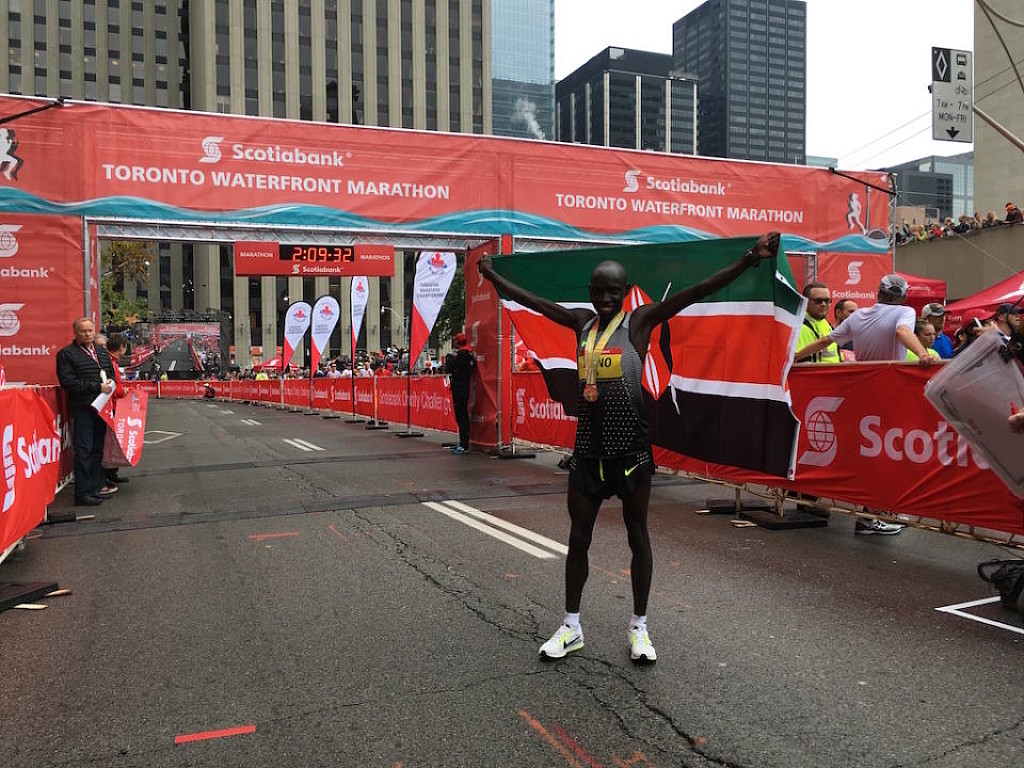 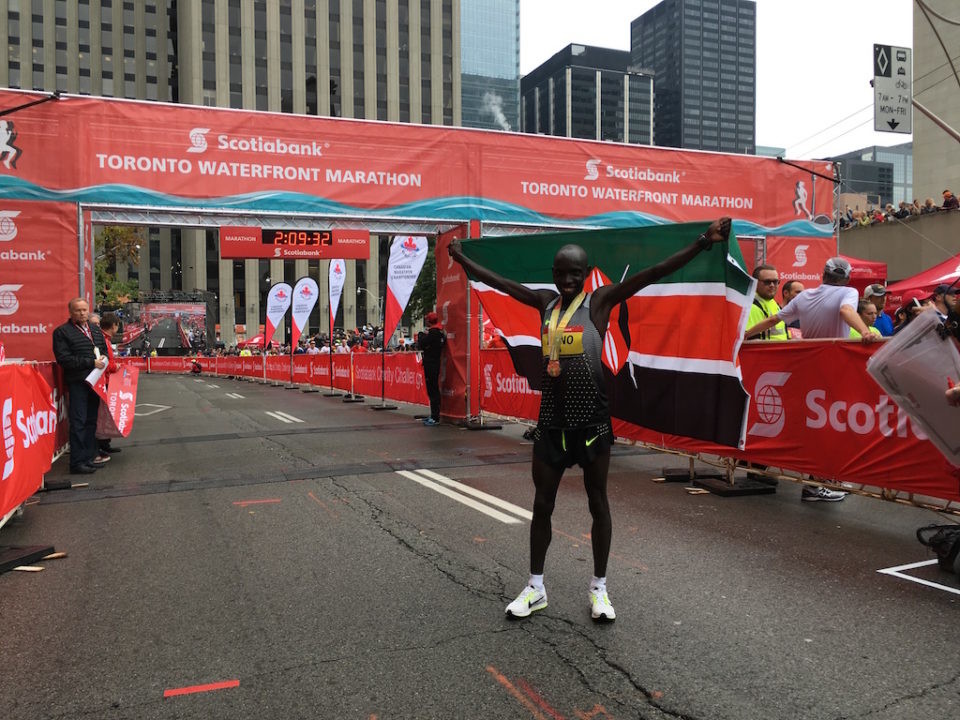 Philemon Rono of Kenya has won the Scotiabank Toronto Waterfront Marathon twice, and he’s coming back to Canada to race again in 2018.Rono’s 2017 winning time was 2:06:51. That performance broke three significant marks on the course in Toronto that day: a personal best, a course record and the Canadian all-comers record. He made $75,000 CAD for his efforts last year. Rono is known at home as “Baby Police” as he’s a police officer with a young looking face. The defending champion’s decision to return to the Scotiabank Waterfront Marathon could potentially mean a new Canadian soil record, and personal best for the runner. This summer could potentially see the men’s and women’s Canadian soil records fall, as Canadian marathon events have become some of the best in the world. (07/25/2018) ⚡AMP