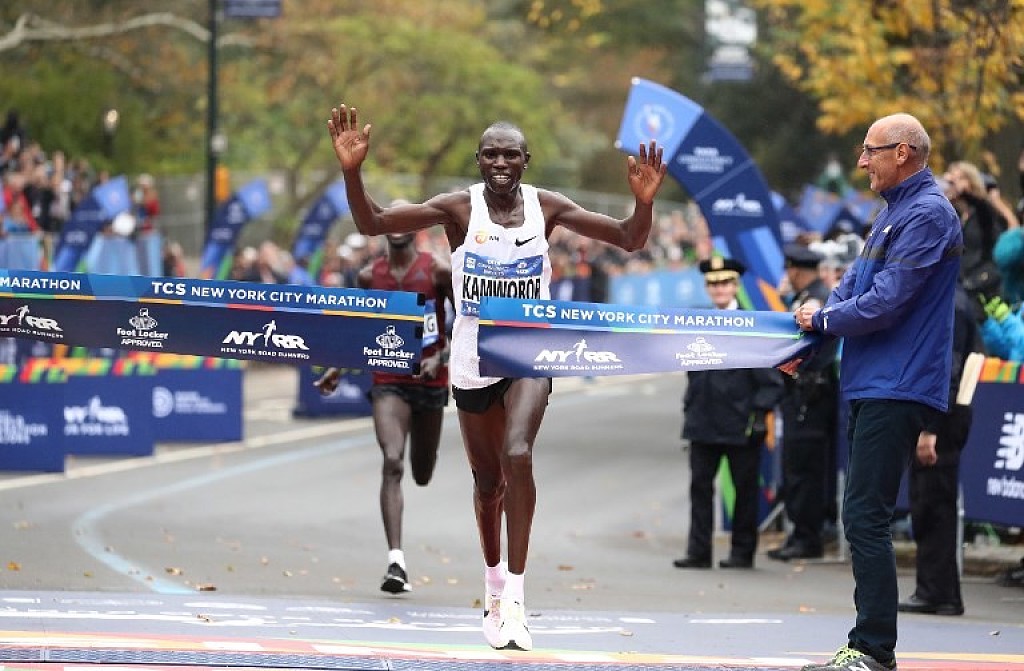 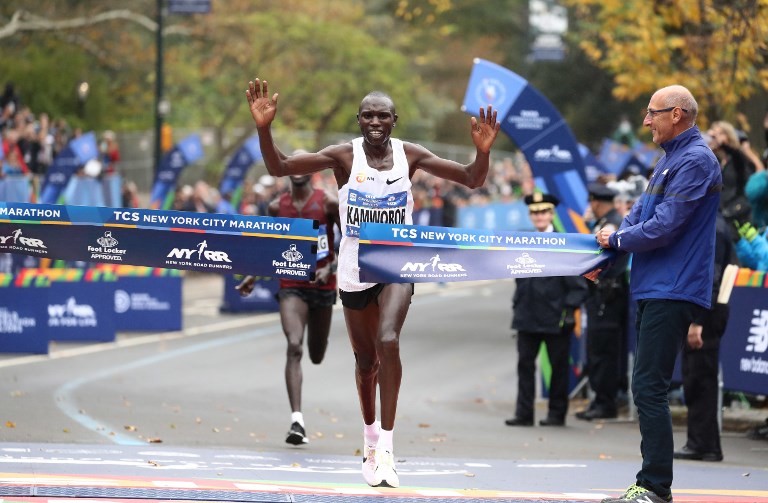 Kenya's Geoffrey Kamworor will return to the New York City Marathon on Nov. 4th in hopes of defending his title from last year

Kenya's Geoffrey Kamworor will return to the New York City Marathon on Nov. 4th in hopes of defending his title from last year, New York Road Runners announced on Tuesday. “Racing once more in the TCS New York City Marathon means so much to me," Kamworor said in a statement. "It is my favorite race, and although thousands of miles separate my training base in Kaptagat, Kenya to New York, the event feels like home. I say that because of the friendly nature of the event, the terrific organization and also because of the warmth I feel from the many thousands of supporters lining the route.” The 25-year-old captured his first World Marathon Major victory with a 2:10:53 win that included a 4-minute, 31-second split for the 25th mile. He finished just three seconds ahead of compatriot and former world record holder Wilson Kipsang. (08/14/2018) ⚡AMP