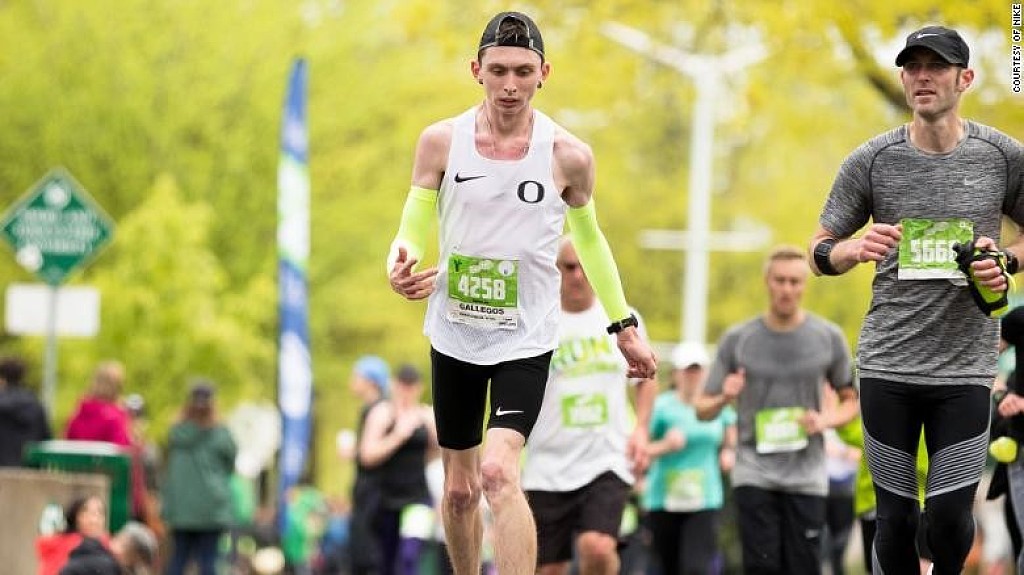 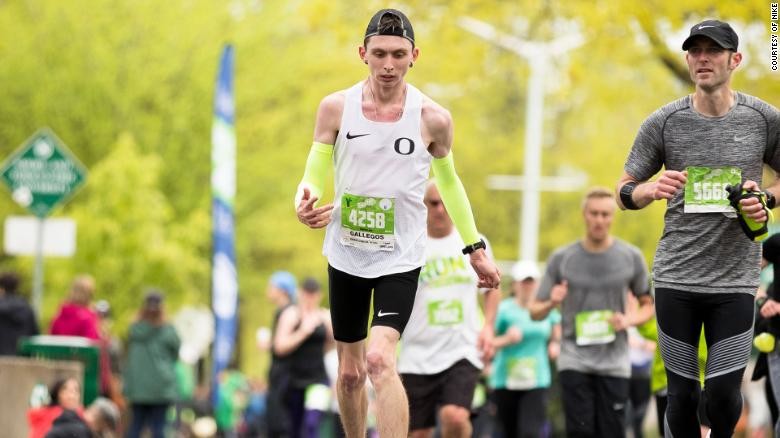 For many with cerebral palsy, the mere thought of running, let alone running a half marathon, would seem like an impossible dream. However, for Justin Gallegos, that dream became a reality on April 29 as he crossed the finish line at the 2018 Eugene Half Marathon in Eugene, Oregon. A huge NASCAR fan, Gallegos grew up idolizing Dale Earnhardt Jr. However, he could only dream of racing around the track and competing as an athlete. As a child, he had to use a walker to assist him until he was in kindergarten, and he went through years of physical therapy to straighten his gait. Little did he know that he would one day be competing on a race track of his own, in custom-made Nike running shoes. Gallegos, 20, was born with cerebral palsy, a neurological disorder that affects muscle coordination and body movement. For Gallegos, while he is able to walk and even run, his path to become one of the few able-bodied people with cerebral palsy to complete a half marathon certainly did not come easily. (05/17/2018) ⚡AMP