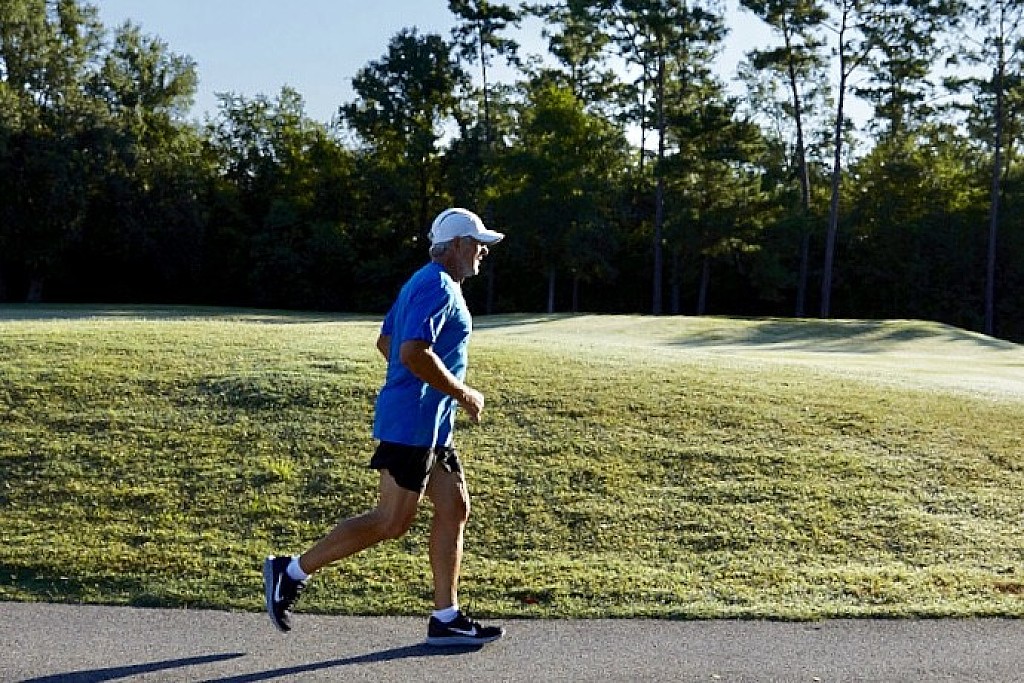 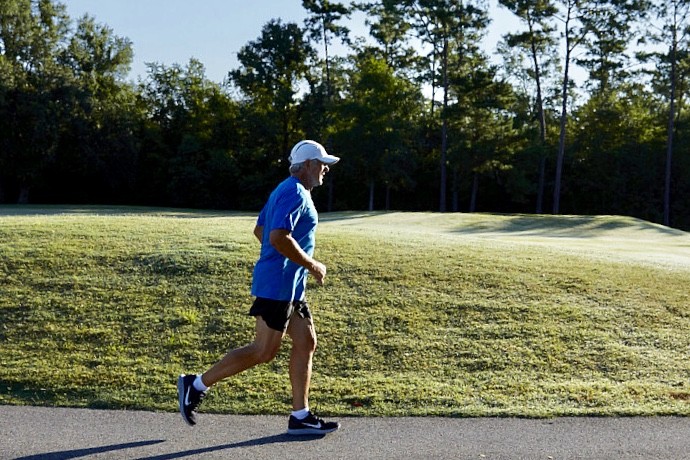 Say the world “fartlek” in a conversation and you’ll know if someone’s a serious runner, Jim Miller says. Non-runners will react with a giggle.  Fartlek is the Swedish word for “speed play.”  It is a training technique that emphasizes endurance at a faster pace. In the 1980s, when Jim Miller was an active member of the New York Road Runners, Fartlek training was the preferred workout for distance runners. He used it to train for five marathons, running a personal best of 2 hours, 58 minutes and 28 seconds in 1984. A variation of today’s popular high-intensity workouts, the fartlek mixes periods of fast and slow running with no rest in between. A 10-mile training run might alternate between 2 miles at a moderate pace, then a ½ mile at race pace. “I used to use the first mile of my run as my warm-up,” he says. “But as I’ve gotten older I’ve realized my body, particularly my back, needs some stretching and strengthening before I get going.” His 15-minute warm-up includes a series of planks, side planks, lower-back stretches and 70 push-ups—one for each year. The running portion of the Fartlek workout is a modified version of his marathon workout. It includes a 1-mile jog from his house to a community walking path, where he walks a mile before jogging another mile back home. “That walk is really therapeutic,” he says. “It reinvigorates me for my last mile.” He does the Fartlek routine a minimum of five days a week. “There will come a day when my Fartlek intervals will flip to 2 miles of walking and 1 mile of jogging, or even shorter increments, but that is the beauty of the workout,” he says. “It’s adaptable.” (08/18/2018) ⚡AMP