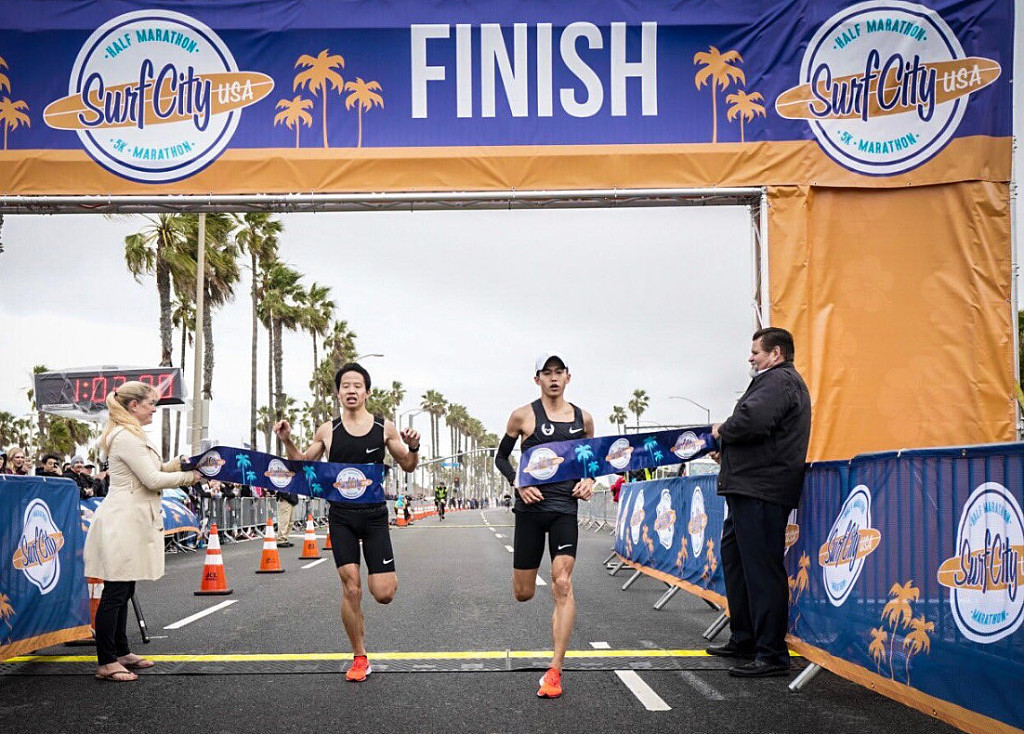 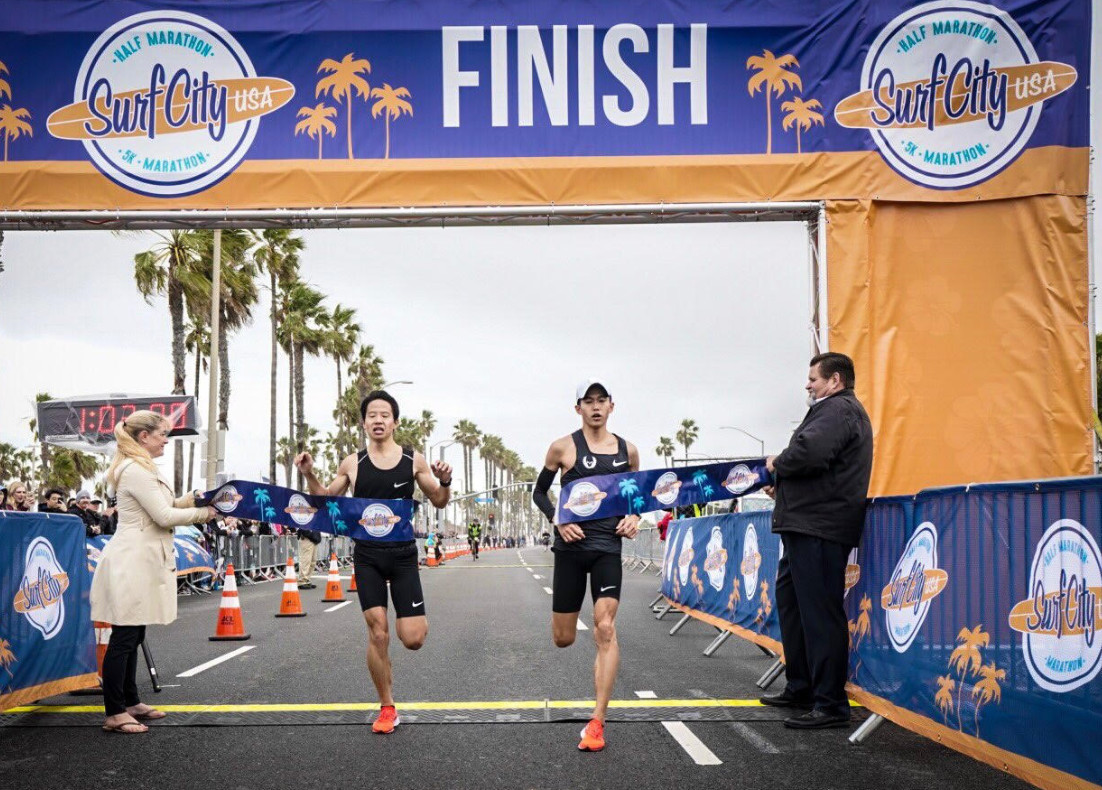 Japan’s Suguru Osako ran an impressive 1:03:00 half-marathon to break the course record at the Surf City Half Marathon

Osako, who holds the Japanese National Record for the marathon of 2:05:50, ran a majority of the race with his training partner Tetsuya Yoroizaka. The duo put the hammer down from the beginning, clocking a 4:50 opening mile and hitting 14:24 at 5k. Both athletes finished with identical times, which were more than 7 minutes ahead of third place finisher Patrick Hearn (1:10:48) from Irvine.

“It was really good today, a nice tough course, super flat but a little windy,” said Osako, who split the 10-K mark in 29:43. “My goal today was a solid effort at marathon pace and it helped to have some many runners out there cheering for me. I really like this city and today’s crowd was really good.”

Despite recently overcoming an IT band injury, Saguro, 27, who used the Surf City Half Marathon as a tune-up for next month’s Tokyo Marathon, was optimistic about his preparation for the March 3 race. 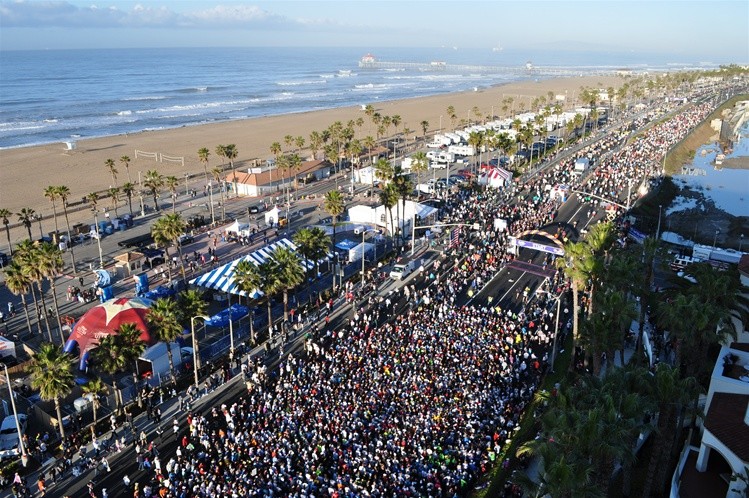 “My training is going well, I am up in Flagstaff right now, I’ve been training good for the past 3 weeks and we have 4 weeks left from today,” added Saguro, who admitted there is a “little pressure” competing in Tokyo for the first time as a national record holder. “I’m going into the race that I’m a challenger, and I‘m going to enjoy the challenge of running with (Kenenisa) Bekele and the other great athletes running in Toyko.” 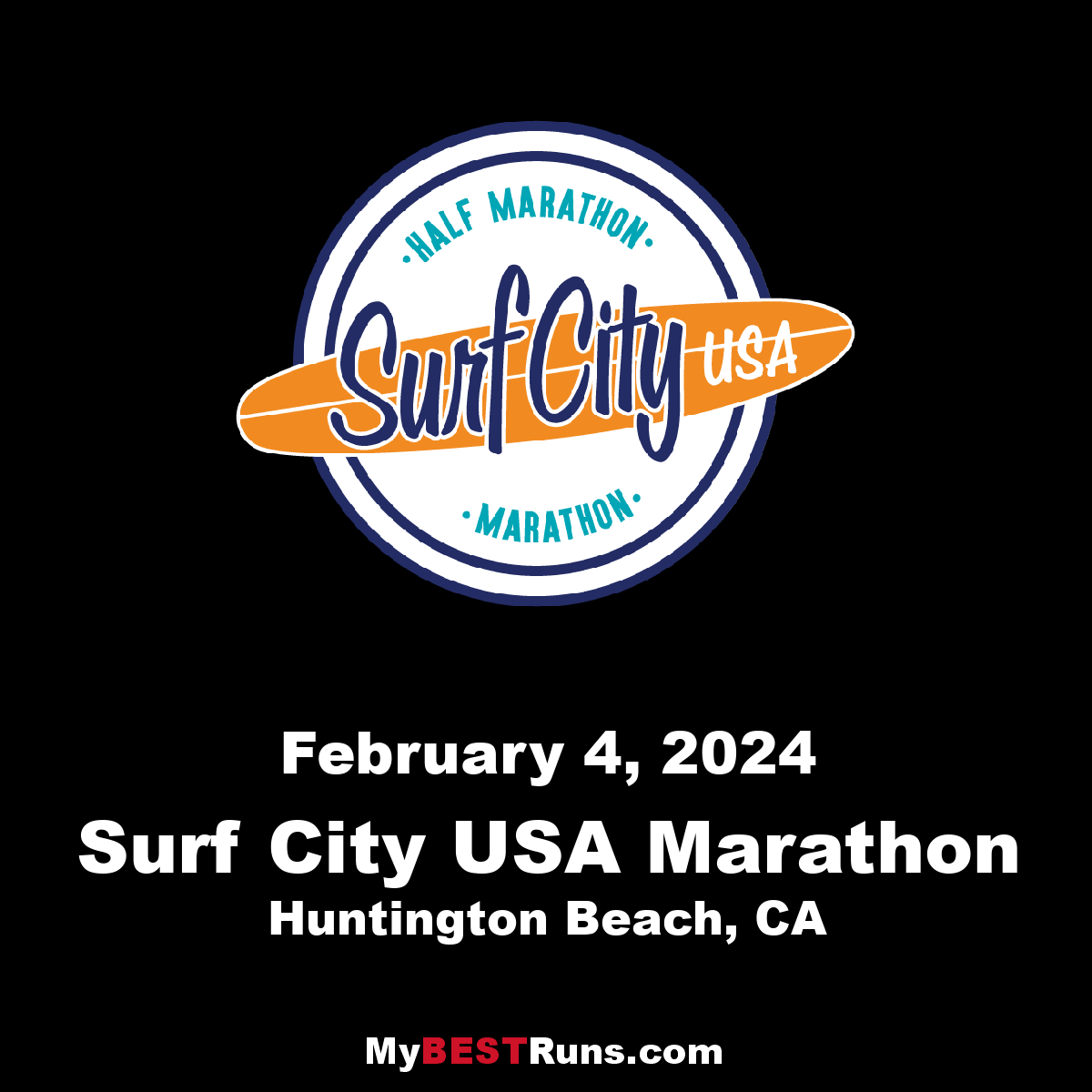