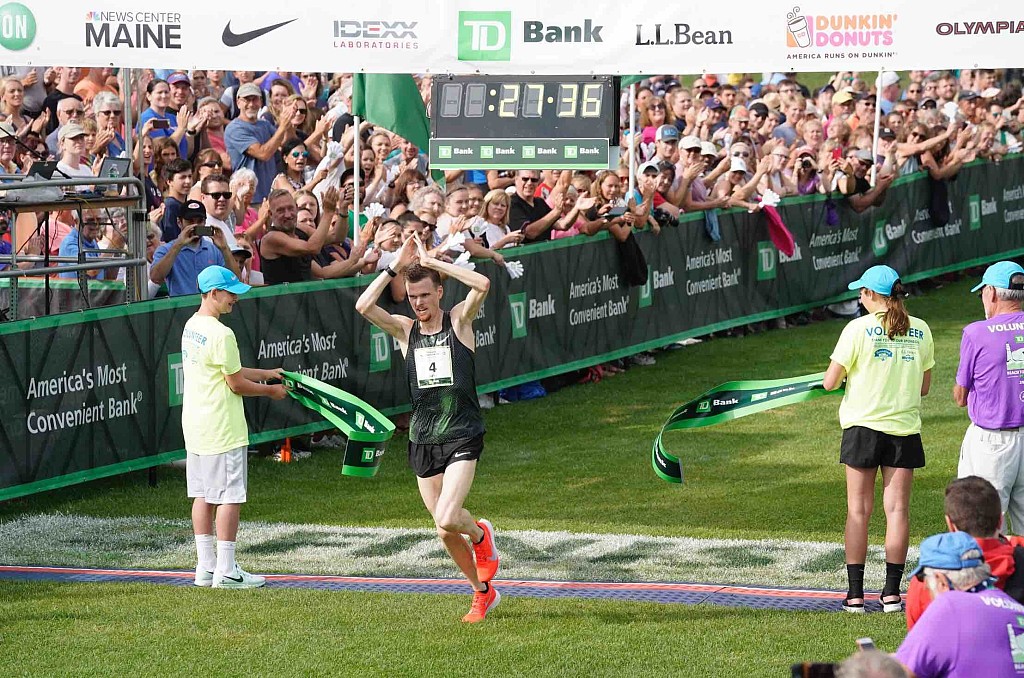 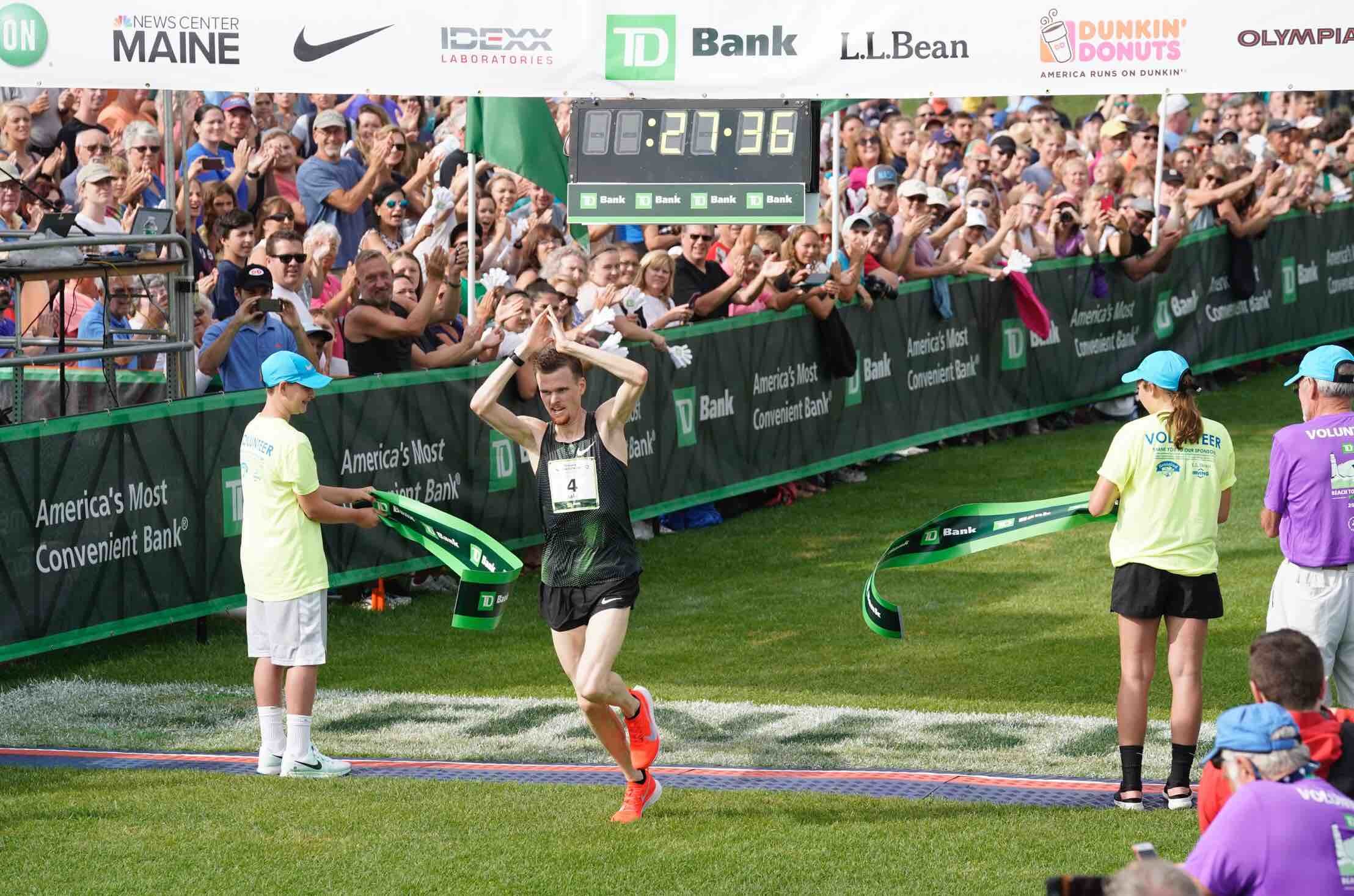 Jack Robertson continues to amaze, he wins B2B by nearly a minute in extreme humidity

NZL’s Jake Robertson destroyed the competition at the 21st Beach to Beacon 10k Saturday August 4.  His 27:37 is the 3rd fastest ever in Cape Elizabeth. Stephen Sambu was 2nd in 28:26, 2016 champ and Maine native Ben True was a close third clocking 28 :29. Sandra Chebet won the women’s race in 31:20, Ababel Yeshaneh (Eth) 2nd 31:25, Molly Huddle 3rd 31:40. Very humid. Jake Robertson as been training in Kenya for the last few years and continues to run some amazing times.  More than 6,500 runners participated in Maine's biggest road race, which was the brainchild of Olympic gold medalist Joan Benoit Samuelson. Samuelson, a Maine native, won the Boston Marathon in 1979 and went on to win it again in 1983. She took gold in the Los Angeles Olympics in 1984, the first time the marathon event was open to women. She created the 6.2-mile race that starts at Crescent Beach State Park and ends at Fort Williams, home to the Portland Head Light. It follows her old training route growing up in Cape Elizabeth.     (Sat 4  (08/04/2018) ⚡AMP