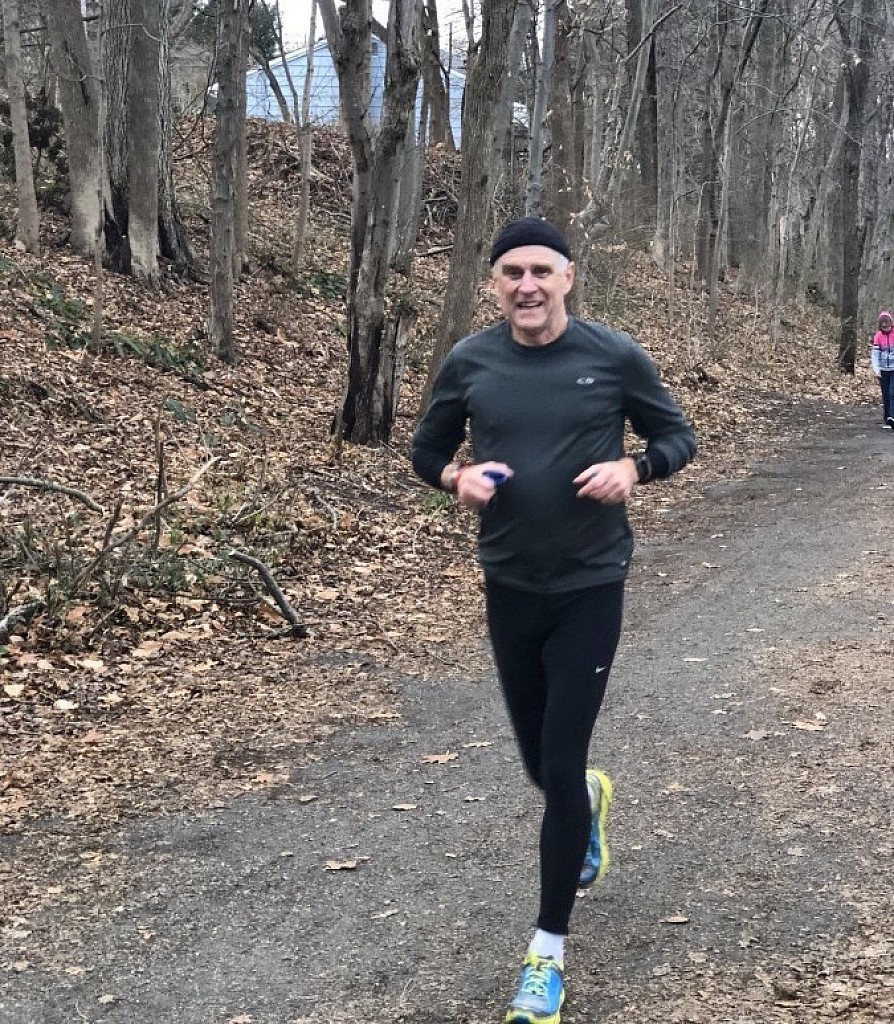 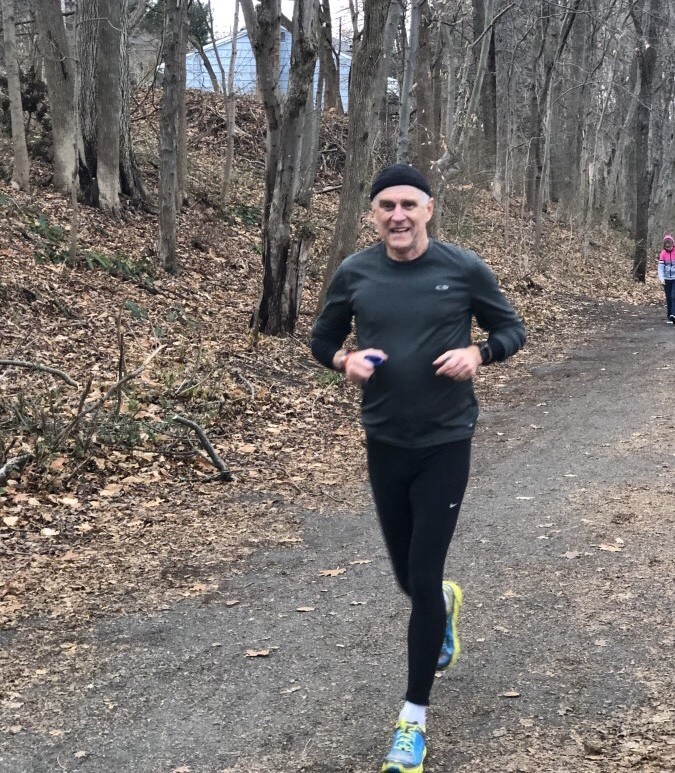 I went out for a slow, difficult three mile run the evening prior to my pacemaker being implanted.  My heart, although not functioning properly, was thankfully strong enough for that one last run without artificial help.

My friend, a nurse, probably saved my life by getting me into a walk-in clinic that next morning.  Everything went fine and I am now running again but with a pacemaker (recent photo in NY Central Park).

Let me share some advice. There is a fine line between being tired or feeling weak from a hard workout or thinking maybe fatigue or weakness is “just” natural decline with age making things harder  vs. something feeling “off” enough to seek help.

It’s a blurry line but I guess my best advice is to be keenly observant of your own physical traits and patterns and when anything falls outside of a normal range for you, again, see someone. I think it’s very important to understand that we aren’t “bullet proof” as runners.

I remember in the 70s Dr. George Sheehan wrote and in lectures said that we, as marathon runners, were essentially immune from having a heart attack. It wasn’t long after that Jim Fixx died of a sudden heart attack while running on an easy training run.

Almost every day when I run in Central Park in NYC I run right by the spot where Ryan Shey died suddenly of an undiagnosed cardiac condition early in the 2007 Olympic Trials Marathon, on a downhill section, it was a cool day and the pace early in the race was conservative (for him). 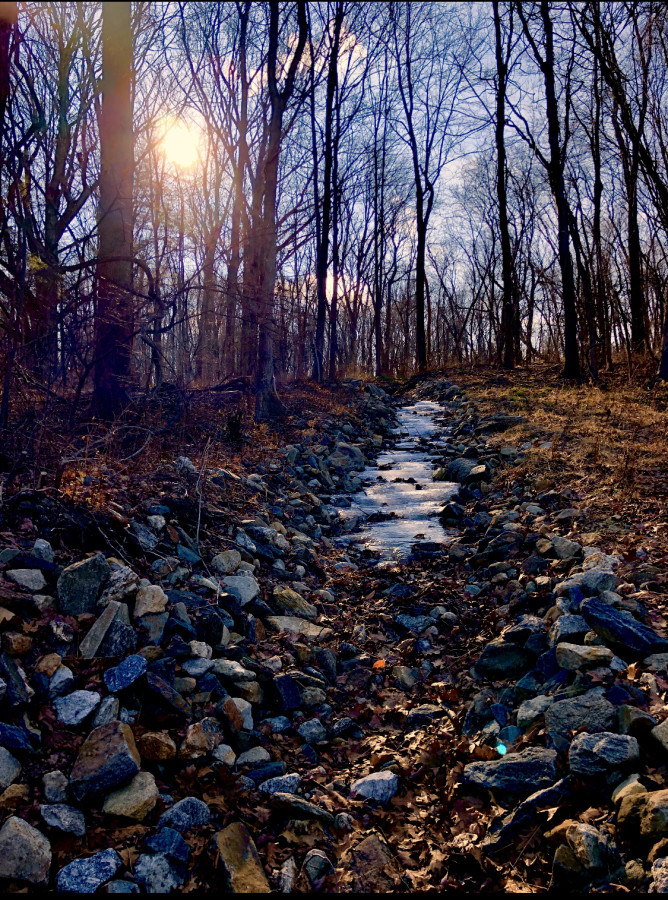 A friend, physician and Olympic Trials qualifier in the marathon from Maine has a sad but growing list of lifelong runners from northern New England alone that have met similar fates without knowing they had a health issue.

We have to understand that even as very fit runners we are vulnerable, and that goes hand in hand with understanding the importance of listening to your body.We all have to be our own best advocate and our own best piece of medical monitoring equipment.

It’s easier with all of the new technologies however, as runners, we have intuitive ability that puts us in touch with our own bodies. We must listen carefully to all of it and also try to overcome another trait we have as runners, our stubbornness, which can certainly be our strength and our weakness at the same time.

Recovery has been tricky. After my pacemaker was  functioning I was diagnosed with intermittent (paroxysmal) Afib which is treatable with medication. At first I didn’t quite understand that Afib progressively becomes more persistent or permanent and that treatment options become less effective or sometimes completely ineffective as it goes along.

I ran again for a bit over a year but my Afib was gradually getting worse and eventually the stronger medications needed weren’t easily tolerable. It got harder to run yet again. My remaining option was a cardiac ablation. After careful consideration I had it done early this past summer.

The good news is that my Afib has not reoccurred since. The bad news is that it’s a lengthy healing process. I am six months into it and have probably walked about 600 miles. I’ve gradually added short stints of jogging into my walks and only recently a few miles of continuous very slow running.

I’m told that it will take perhaps 3-5 months to fully heal and hopefully then I’ll be able to run more normally.

(Larry Allen on Running is a regular MBR feature sharing the wisdom of Larry Allen, a 50 year accomplished runner and artist.  He is currently participating in the third Run The World Challenge.)