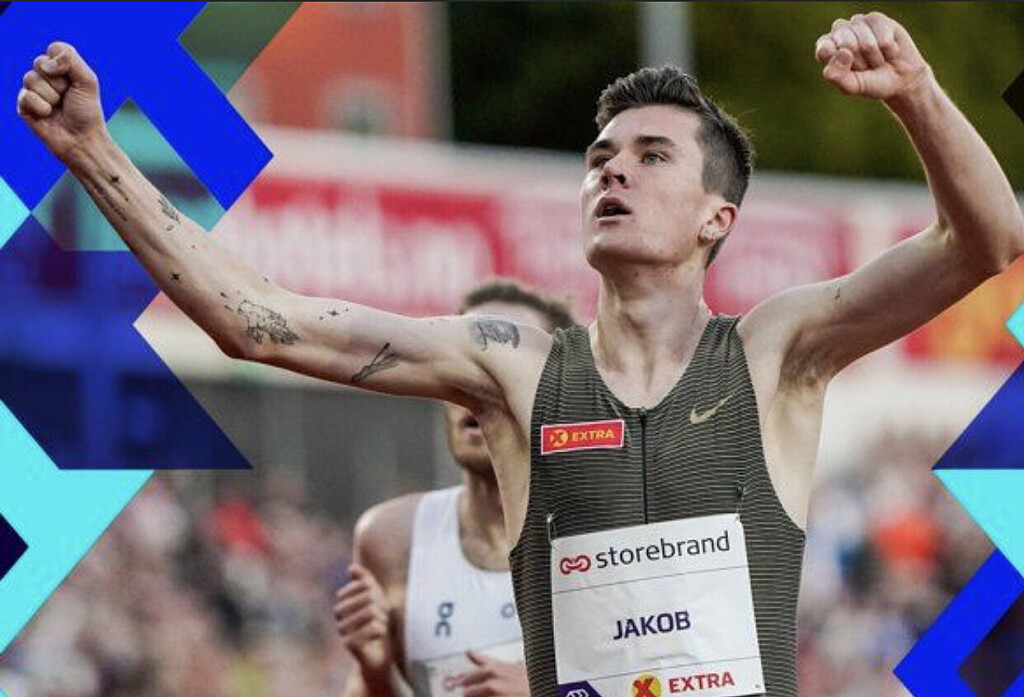 A Wanda Diamond League record from Jakob Ingebrigtsen (first photo) in the mile, along with meeting records from Mondo Duplantis in the pole vault and Femke Bol in the 400m hurdles brightened a rainy evening at the Bislett Games in Oslo on Thursday (16).

Ingebrigtsen has won almost all there is to win in middle-distance events, but a senior Dream Mile victory in Oslo was one thing missing from the 21-year-old’s resume. In fact, before today no Norwegian man had ever won the prestigious discipline at the Bislett Games.

But, racing in the final individual track event of the night, Ingebrigtsen ensured the 15,000 fans at the Bislett Stadion went home happy as he won the mile in a Norwegian record of 3:46.46, breaking the Wanda Diamond League record in the process.

Paced through the first two laps in 56.01 and 1:53.30, Ingebrigtsen was tracked closely by Australia’s Oliver Hoare and Britain’s Jake Wightman for most of the race. The Olympic 1500m champion never appeared to be under too much strain, though – even when Hoare was attempting to close in on the leader with half a lap left. 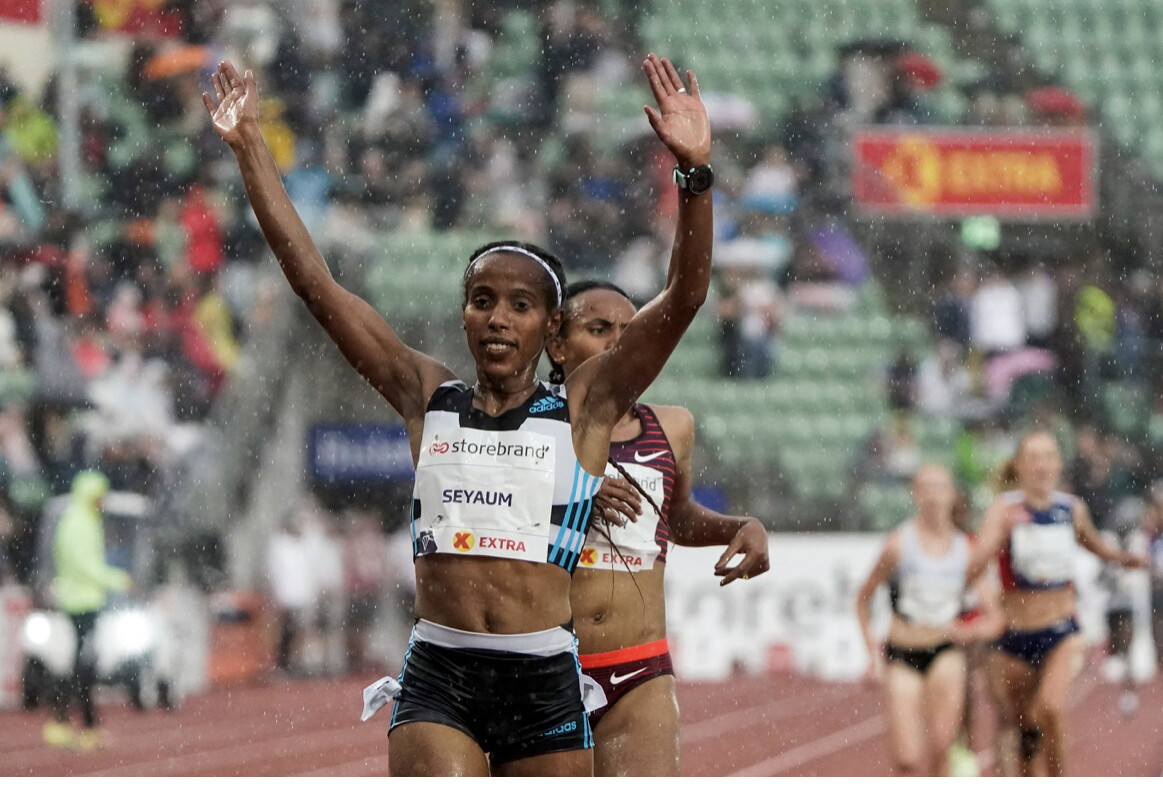 Ingebrigtsen – roared on by the home crowd, many of whom were on their feet – kicked down the home straight and crossed the line in 3:46.46, taking almost a second off his own Norwegian record and moving up to sixth on the world all-time list, just 0.14 shy of Steve Cram’s European record.

“I was ready to run fast and was happy to do that and to win,” said the world indoor silver medallist. “Some work needs to be done before the World Championships, but I will work hard to be in better shape there.

“Last year I was sick and couldn't race here, so it was even more special here tonight, as being the first Norwegian to win the Dream Mile. Doing things nobody else has done before is really great.”

Dawit Seyaum may be new to the 5000m, but the former 1500m specialist looked anything but inexperienced as she outkicked her fellow Ethiopians to win a high-quality race.

The opening pace was steady, the first 1000m covered in 2:53.83 and 2000m reached in 5:52.33. Versatile Norwegian runner Karoline Bjerkeli Grovdal then took up the pace in the second half and passed through 3000m in 8:48.65, leading a large lead pack. Grovdal held on to that lead for another 1500 metres, but then Seyaum and compatriots Letesenbet Gidey, Gudaf Tsegay and Almaz Ayana started battling for the lead with one lap to go.

Ayana’s challenge soon faded, leaving Seyaum, Tsegay and Gidey out in front. Seyaum’s kick down the home straight was enough to break free from Tsegay and she won in 14:25.84. Tsegay, the Olympic bronze medallist at this distance, was second in 14:26.69 while world record-holder Gidey was third in 14:26.92. Grovdal held on to fourth place in a Norwegian record of 14:31.07 and USA’s Alicia Monson was fifth in a big PB of 14:31.11.

The pace was steady though never blazing quick, meaning most of the field was still in contention at the business end of the race. Two-time world indoor champion Samuel Tefera led at 3000m, passing in 7:54.39, but then sat back in the pack to save his legs for a potential fast finish.

Keely Hodgkinson won the battle of the Brits over 800m, getting the better of fellow Olympic silver medallist Laura Muir.