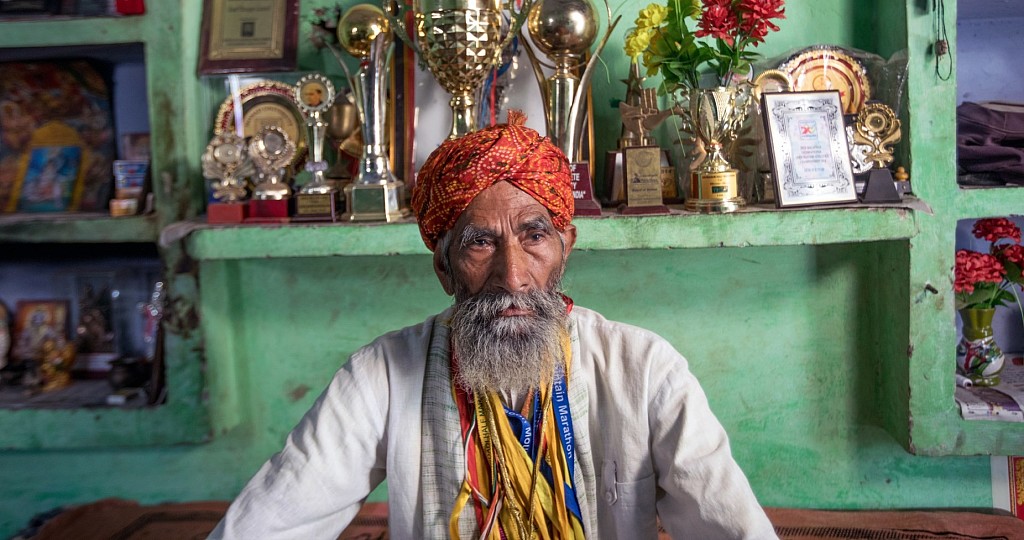 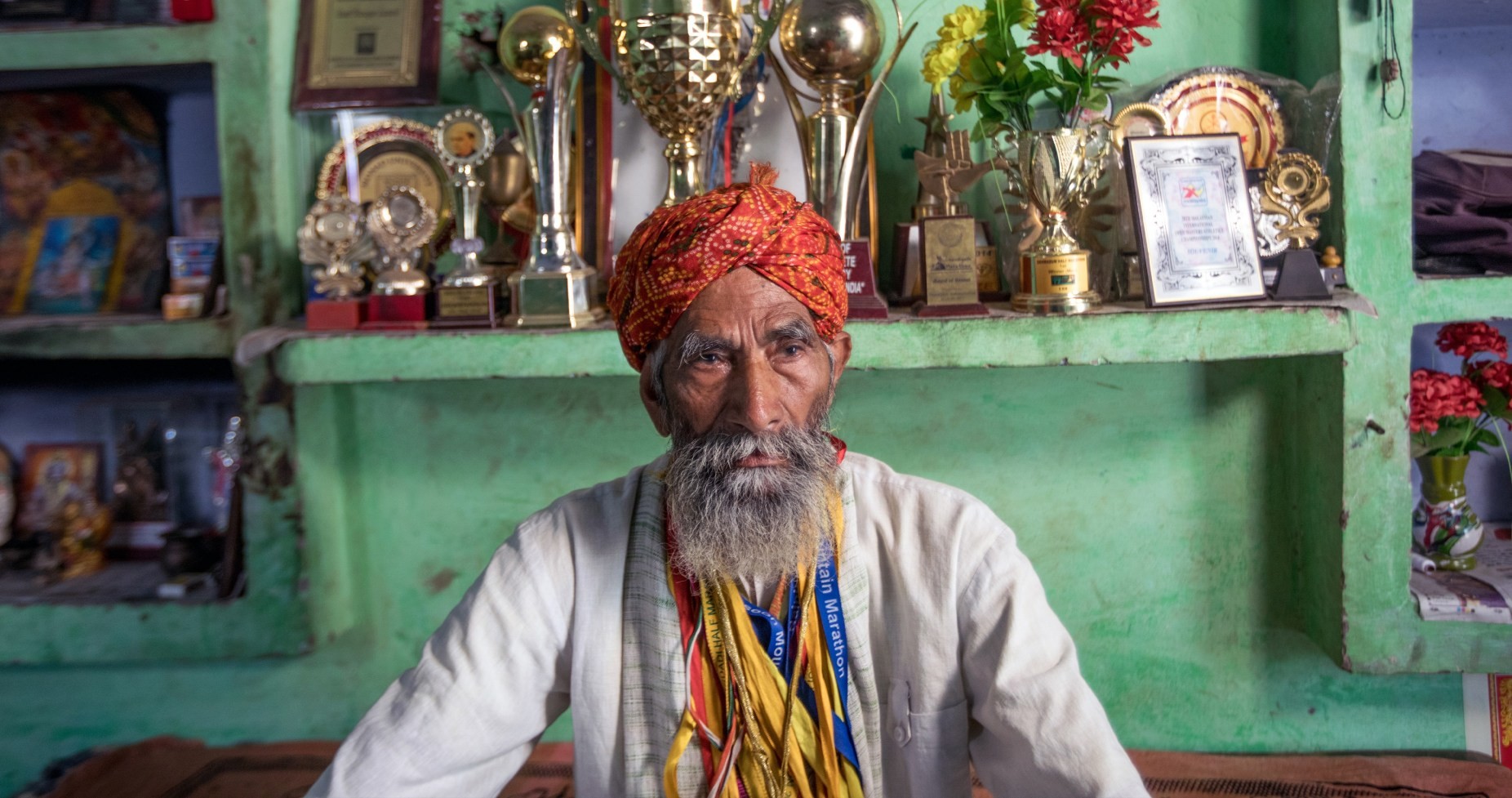 Dharam Singh says he was born October 6th, 1897 and has run more marathons than he can remember.  But is he 121? He does not have a birth  certificate but does have three forms of government issued ID.

According to Robert Young of the Gerontology Research Group, only about 1,000 people have been verified as living past 110.  Of these people, only about 10 percent are male.  The number of people over 120 is even a much smaller number.

However, Dharam Singh says himself he has no doubt that he was born in 1897.  (Click on the link to view the video and see what you think.)

"When I was young, I used to run from my village to the neighboring village, which was about 600 to 700 meters away. I would run several laps. I did not know how to run then, the technique of it, but I did it on instinct," he says.

Today he gets up at 4 am and runs four kilometers daily. 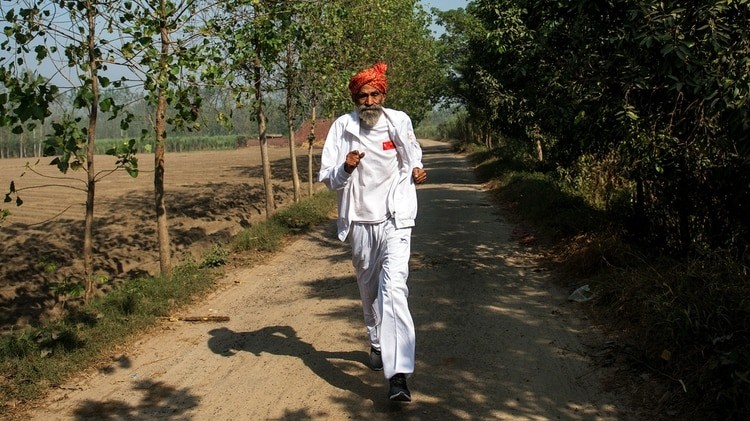 To date, Gujjar has taken part in more than three dozen races in different parts of India.

Singh has lost count of the number of marathons that he has run. However, he recollects running marathons in these cuties of India.  Allahabad, Nainital, Uttarakhand and Chandigarh, and claims to have run in 50 others. He says he ran his first marathon in 1970.

Of course, that was until Dharam Singh made it into that age bracket.

It’s a bit hard to believe when so many people barely make it to 100 years old how he has managed to keep running?

Regardless of how old people believe Mr. Singh really is, it doesn’t discredit the root of his message. “Stay active, take care of your body, keep exploring, and if you’re given the chance to live out on the edges of your comfort zone, do it! These are simple concepts. Yet, they’ve gotten me pretty far,” he says. 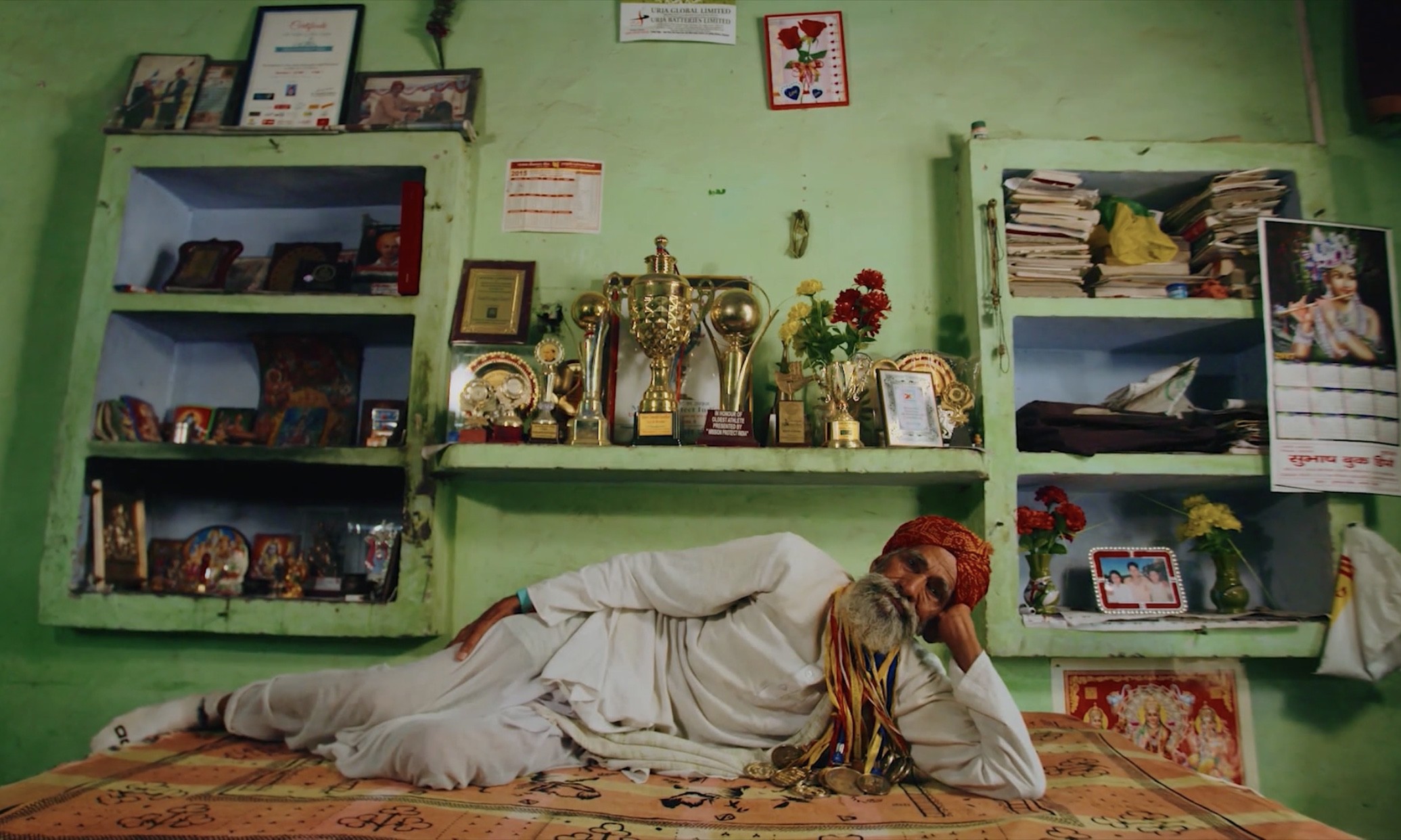 But if you’re at all concerned about the veracity of his age, don’t worry; there are still plenty of wise, powerful elders running around inspiring us.

Often, the best life advice comes from those who have lived so long and whose lives have just begun. There’s always simplicity to their advice.

In 2017, National Geographic did a special episode in their Explorer series investigating his life and success as a runner in such an advanced age.

When asked about his continued fitness, he says it is all about having a controlled diet. He has led a strict healthy lifestyle since childhood and gives credit to his balanced diet of self-prepared chutneys along with mineral water and lemon juice for his longevity. "I eat a strict and balanced diet and have no illness. I stopped eating ghee and other fatty items almost 40 years ago, neither do I drink or smoke," he said. He has been a strict vegetarian since birth.

Singh claims of being 121 years old has generated much controversy. While Gudha refers to his passport, voter ID Card and PAN card [a tax identification in India]—all stating 1897 as his year of birth, and all three government of India-issued valid identity documents—asserting he is 121 years old, he does not have a birth certificate to prove this age.

“Some have said he is not even 80 years old.  We may never know but it is inspiring to imagine that he could be over 110,” says lifetime runner and MBR Director Bob Anderson (71).