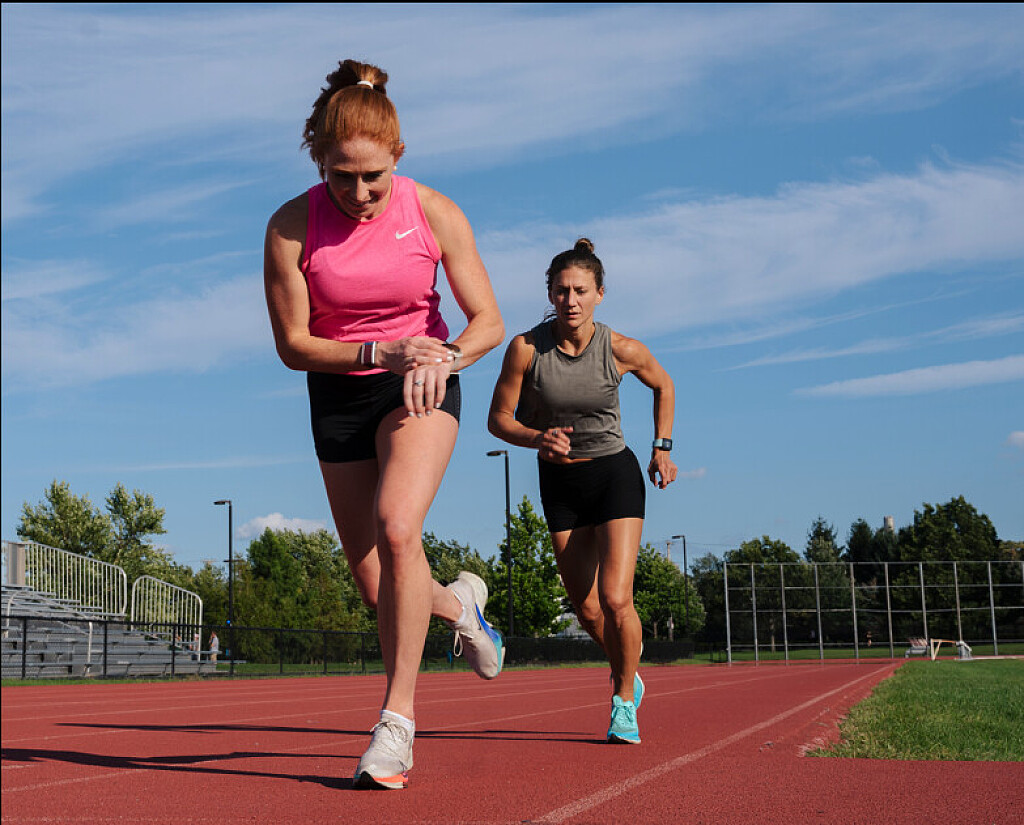 How to Run (When You Hate Running)

If you slog through the same boring miles week after week, can’t even imagine slogging through miles every week, or if your high school coach used laps as punishment... of course you’re gonna hate running. Here’s how you won’t.

If you’re not a fan of running, you’re definitely not alone. Forty-six percent of the 1,800 people who answered our MH poll said they hate it too. But here’s the thing: Running’s not about banging it out anymore. It’s still an incredibly efficient cardio workout that you don’t get with weights alone. 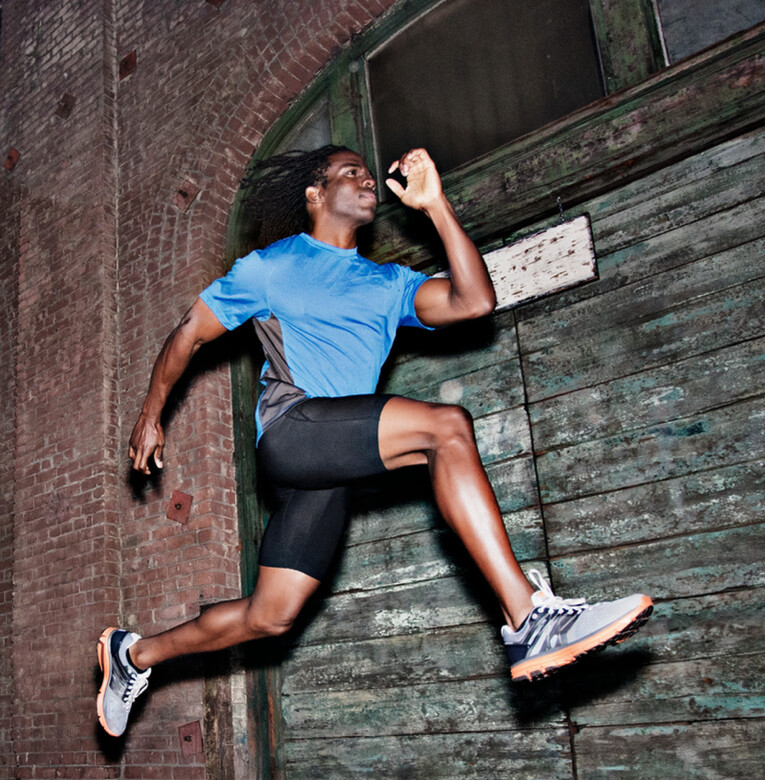 Add a new level of exploration—or competition—by lacing up after dark.

There’s a version of running in which you don’t wake up early, you don’t pay hundreds in race fees, and the finish line, at least sometimes, is a bar. It doesn’t quite have a name, or at least it hasn’t been branded yet. It’s punk rock. It’s returning running to the people from the hands of corporate sponsors and type A, predawn joyless slogs. Call it night running if you want, since that’s when it happens.

Many groups start weekly workouts around 8:00 P.M.—not too late for us normies but late enough for the pack to be defined by the flecks of light bouncing off hidden reflective patches on clothes, shoes, caps. But there’s another kind of night running that really sets you free.

It’s not as much about a time of day as it is about a mind-set. These are unsanctioned adventures—underground races with mostly word-of-mouth buzz in which a small group of people (maybe ten friends, maybe 100 entrants) chase a win by running between checkpoints by themselves, picking whatever route they want. There are no closed roads, no signs, no aid stations or port-a-johns. Some races are pretty hardcore—strategic, competitive, and ruled by local studs.

Others, like one I did from a bar in Brooklyn to one in Manhattan, are less aggressive, and your finish time includes drinking a can of beer. That type of gritty night running is the closest you can get to the pure spirit of racing—of grinding your body into the pavement until you’re doubled over. The streets have quieted down, and you’re out in them on your own. Along with every other runner who shares this passion. —MATT ALLYN

As the editorial director of a group that includes Runner’s World, I spend more days than not surrounded by real runners, so what I am saying to you is not opinion but lived and learned fact: Real runners rarely seem to be running. They glide. They bound. They kiss the earth with their tippy-toes as a courtesy to gravity rather than a necessity of physics.

I, however, run as if I got into a brawl with a much bigger opponent and am paying for it. Yet: I run. It’s more efficient than cycling (my sport of choice), and it’s easier to manage when you’re traveling. I highly recommend getting the shit kicked out of you by a run. But you can’t be afraid to walk. If you only run for as long as you can actually run, you’re not going to be out there long enough to do yourself much good.

At first, the only way I could do a 30-minute “run” was to run for a few minutes, walk a few, then run some more. Walking is not only okay but pretty much mandatory. Real runners know this and won’t shame you for not running while you run. Anyone else can go suck it, because they’re not even in the damn fight. —BILL STRICKLAND 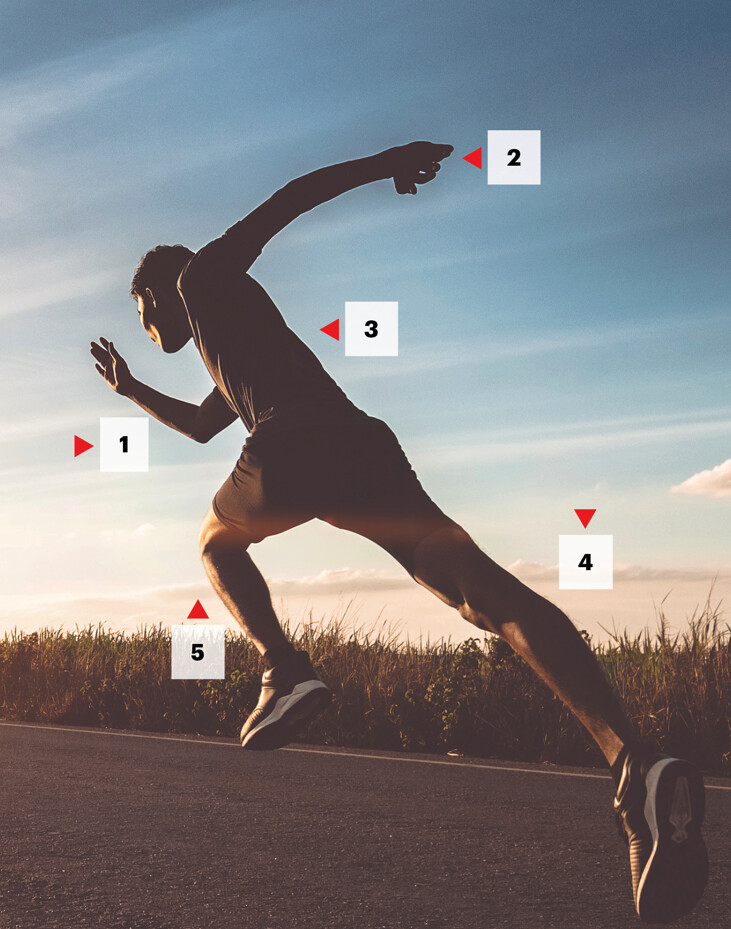 Sprint and Get It Over With

Forget 30 minutes. Crash through just six all-out 100-meter sprints with two minutes’ rest between each (you’ll need it) and you’ll be done with all your running in less than 15 minutes. Here’s how. —EBENEZER SAMUEL, C.S.C.S.

A rock-solid core keeps you exploding straight ahead. Train this with mountain climbers. Do 3 sets, working for 30 seconds, resting for 30. Avoid the common flaw: Don’t let your butt rise!

Pump your arms to generate speed. Struggling? Sit on the ground, legs extended, then pump your arms as aggressively as possible, as if running. Focus on moving from the shoulders. Do three 30-second sets, resting 30 seconds after each.

Don’t just throw your arms forward when you run; build back strength to drive your elbows high. Do 3 sets of 8 to 10 dumbbell rows per side at least twice a week.

Toe and foot strength is key for sprinters. Build it with single-foot jump-rope hops. Jump for 45 seconds, then rest 15 seconds. Do 3 sets.

Drive your knees powerfully on every stride. Practice this by doing high knees in place for 15 seconds, then resting 15 seconds. Do 3 sets. Focus on driving your knees higher than your hips.

About two years ago, after I’d put on about ten pounds, I sent a text to two friends at 8:00 on a Sunday morning, saying, “I’m going running at 9:00. Would either or both of you like to join?” Although we’d never discussed running together, I got a “Yup” from one and a “Sure” from the other. Then I got an “I don’t understand what’s going on” from the “Yup,” but—too late!—we had a plan. An hour later, we met up and ran five miles at the slowest pace I’ve ever run, and we’ve run virtually every weekend since then.

Now it’s a ritual. We’re a lot faster, but that isn’t the point. We keep it up because we also don’t want to fail at the opportunity we’ve created. When else do three fathers— three people—get an hour of uninterrupted weekly conversation? That the conversation has the added benefit of regulating our breathing, keeping us at a sensible pace, means we never go too hard—and going too hard is probably one of the reasons I used to stop running.

The treadmill’s no longer a cataclysmic-weather default. Tech has brought competition and camaraderie to what used to be just running on a belt in your basement. These three options are changing everything.

On-demand streaming puts the workout you want right in front of you, along with everyone’s stats on a leader board so you can outpace that 18-year-old in L. A. (or your dad). Buy the treadmill (with a special belt for softer landings, starting at $4,295) or get the workouts, but not the stats, on your own treadmill via an app for $19.50 a month. OnePeloton.com

Run with a friend—even if you’re in St. Louis and they’re in Toronto—via this app. Set it up on a tablet or computer by your treadmill, pick an avatar, and have your friend do it too. You’ll both show up on the same virtual course. The app is free, but you’ll need a foot pod (as little as $30)—a device that clips to your shoe and sends your pace and distance to the app. Zwift.com —M. M.

THE MILE IS THE NEW MARATHON

Train for this everything-you-got sprint to get a fitness bump and bragging rights.

For the past few years, Ironpeople and cardiovores have tried to one-up one another with epic training efforts, competing on the number of miles they run, the number of Ironmans they do, and the number of ultra-early-morning sessions they knock out. Yet one of the most effective ways to train—and one of the most beneficial for your physical and mental health—has always been the shortest and the simplest: mastering the mile.

“The mile is an amazing blend of speed and endurance, and a good indicator of your overall cardiovascular health,” says Danny Mackey, head coach of the Brooks Beasts, an elite pro track team. “You can hammer it, and because it doesn’t take long to recover, you can run it again soon to see how much you’ve improved.

You can’t say that about a marathon, where most people are just trying to finish.” Even better, Mackey says you’ll notice yourself getting faster in three weeks. While a typical in-shape guy can run a mile in ten minutes, running one in 6:30—under the 6:47 average time for a man in the 5th Avenue Mile, the largest one-mile race in the country—can win you bragging rights. (The fastest finishing time in that race last year was 3:52.) Here’s exactly how to get after it.