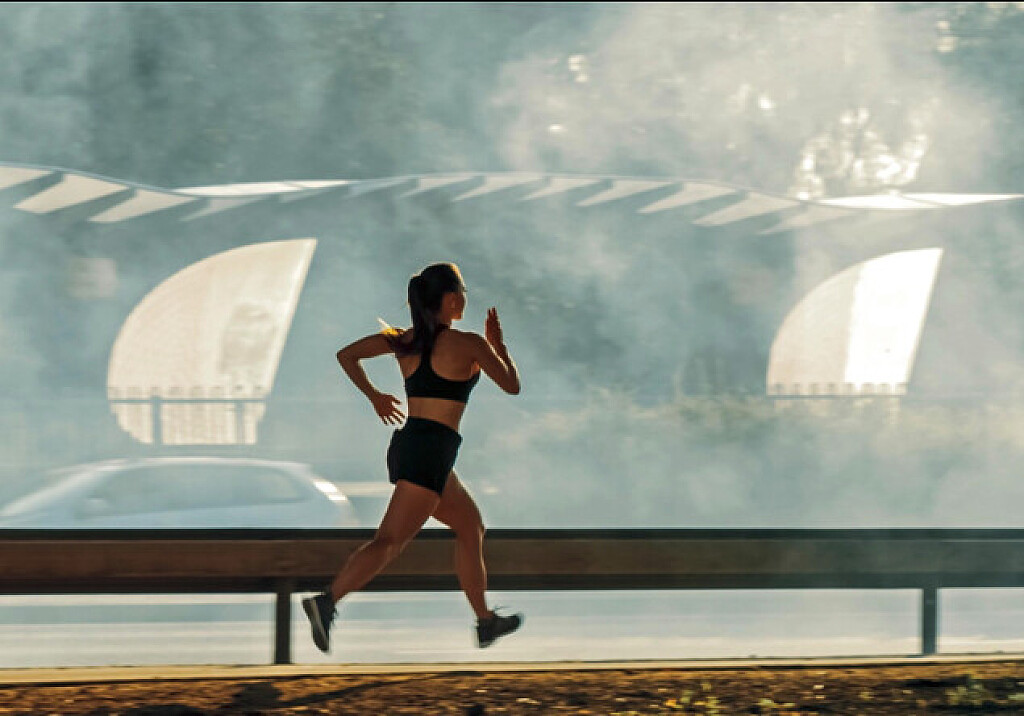 How much will running in poor air quality compromise your health? It depends on which markers of health you consider

Here’s a bold prediction for the upcoming dog days of summer 2022: it’s going to be hot, smoggy and smoky. Whether you’re in a big metropolis sucking in diesel fumes or on a remote mountain trail coughing up smoke particles from a distant forest fire, there’s a good chance you’re going to encounter some less-than-pristine air over the next few months.

Is that a problem? On the surface, the answer is obvious. Inhaling polluted air triggers a cascade of inflammation and oxidative stress that raises your risk of both immediate and long-term health problems. The rise and fall of air quality readings, for example, is mirrored by the rise and fall of hospital admissions for conditions such as heart disease. And the harder you breathe, the more pollution you inhale, which is why public health authorities typically warn you to avoid outdoor exercise on days with poor air quality. 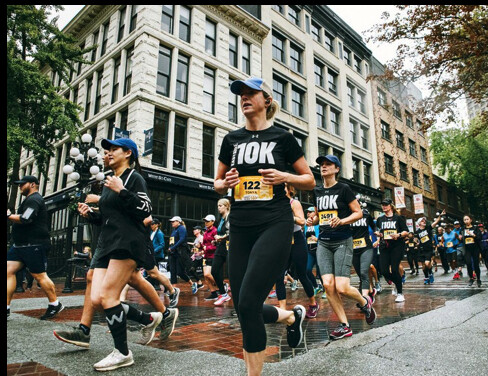 But there’s an alternate perspective. Pollution is definitely bad for your health—but so is skipping your workout. If you’re weighing the lesser of two evils, it may be that running in dirty air is better than not running at all. That’s the perspective that Michael Koehle, an environmental physiologist who is one of the world’s leading experts on exercise and air pollution, offered when I visited his lab at the University of British Columbia a decade ago: “Exercise is such a big hammer that it crushes everything else,” he told me.

At the time, few studies had addressed the balance between exercise’s benefits and pollution’s harms. Since then, Koehle and others have been grappling with this question, with new findings still appearing on a regular basis. Here’s where the research currently stands.

Last summer, researchers in Taiwan published a study in the Canadian Medical Association Journal that analyzed the medical records of nearly 400,000 adults who had undergone medical screening starting in 1994. Their exercise habits were assessed with a questionnaire, and their pollution exposure was estimated based on their home address. More exercise was associated with greater longevity, while more pollution was associated with worse longevity, as you’d expect. But it was the interaction—or rather, the lack of interaction—between these two factors that was most interesting. Exposure to high levels of pollution didn’t dampen or reverse the health benefits of high levels of exercise.

A few earlier studies have produced similar findings. For example, a Danish analysis of 52,000 people found that higher levels of exercise protected against premature death, heart disease and diabetes, regardless of how much pollution the subjects were exposed to based on a detailed street-by-street air quality database. An explanation for these results might be found in a series of studies by Brazilian scientists, who directly measured inflammation and oxidative damage in the lungs of mice breathing diesel exhaust. Regular running, it turned out, blocked this inflammation and oxidative damage; exercise was a big enough hammer to cancel out the diesel.

Longevity is a pretty good marker of health, but it’s not the only one. Earlier this year, researchers at the University of Arizona published a pair of studies that looked at the effects of exercise and air pollution on brain health. It’s well known that people who exercise regularly tend to have brains with more grey matter (where the neurons are) and healthier white matter (which connects and supports the neurons). They are also less likely to develop degenerative brain diseases like Alzheimer’s: data from the long-running National Runners’ Health Study estimates the risk to be 40 per cent lower in those who run about 25 kilometres a week.

The first Arizona study used brain scans to assess the size and health of white and grey matter in 8,600 British adults; the second one used health records to look for dementia diagnoses in about 35,000 people. They used activity trackers to assess exercise habits and home addresses to estimate pollution exposure. For people in low-pollution areas, the results were as expected: more exercise predicted healthier brains and fewer dementia diagnoses. But for people in moderate- and high-pollution areas, the brain benefits of exercise disappeared.

It’s worth emphasizing that exercising in the polluted areas didn’t make people less healthy, nor did it cancel out the many other benefits of exercise, for example, on heart health. But we all want healthier brains, and the news that even moderate pollution blocks some of those benefits is concerning.

What to do about it

The devil is in the details. There are undoubtedly some situations—the apocalyptic aftermath of a big forest fire, say—when it makes sense to skip a run entirely. And people with respiratory or heart conditions should be especially careful to avoid poor air quality.

More often, though, it may be possible to choose a lesser evil. Mornings generally have significantly cleaner air, thanks to traffic patterns and the interaction of sunlight with certain pollutants, so set that alarm clock. Location, too, plays a big role. Trails and paths that are away from busy roads are your best bet, but even small distances and barriers can help. Vancouver’s bike lanes, for example, are often separated from traffic by a lane of parked cars because that gives cyclists measurably better air quality, according to Koehle.

Contrary to what you might expect, Koehle’s research has found that more intense exercise isn’t necessarily worse than easy exercise. Panting hard may change the way particulates of pollution settle (or don’t settle) in the lungs. As a result, he suggests favouring shorter, harder workouts rather than longer, easier ones when the air quality is worse than usual. Moving indoors is also an option—but unless your facility has state-of-the-art air filtration, don’t assume that the air inside is any better than the air outside. It all comes from the same place, after all.

In the long term, rather than tweaking when and where you run, the best solution would be to make sure that we all have consistent access to clean air. That’s a big hill to climb—but by sticking to your running plans rather than, say, driving to the gym, you’re taking a small step in the right direction.