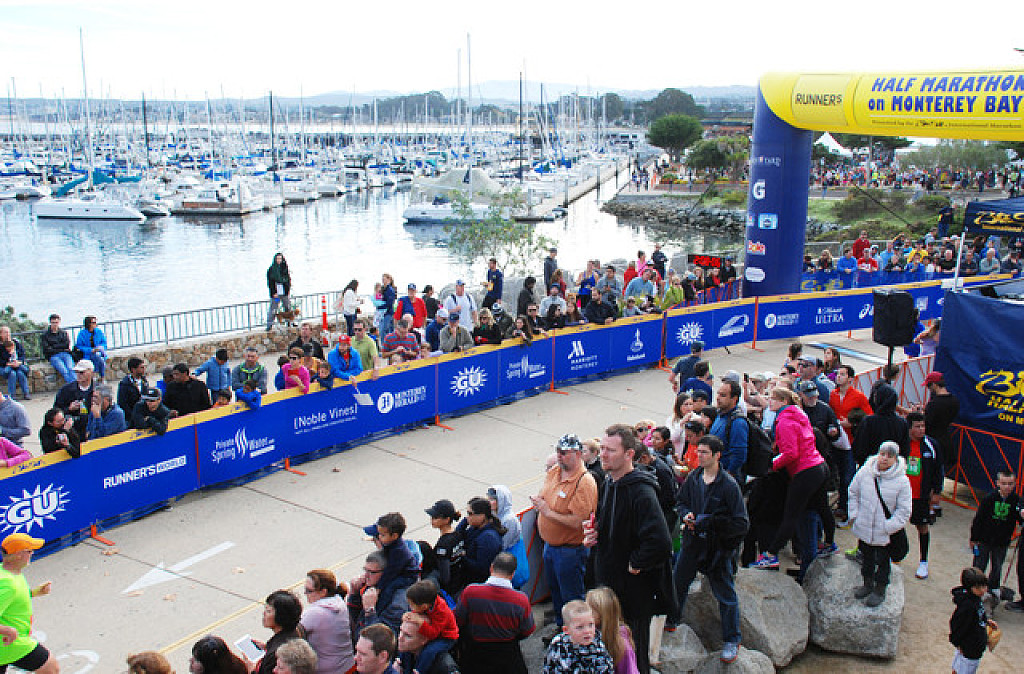 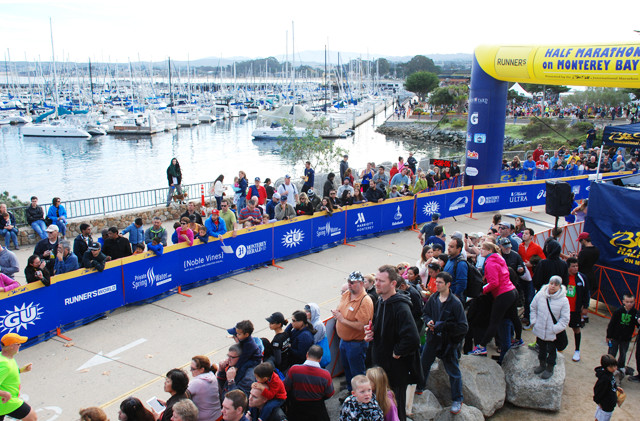 Race officials announced Wednesday that entrants in the canceled 2018 Monterey Bay Half Marathon can instead run in one of the next three editions of the race or donate $75 of their entry fee to charity. Officials canceled the Monterey Bay Half Marathon, scheduled for Sunday, the evening before the event when shifting winds brought high levels of smoke from the Camp Fire in Butte County into the area causing unhealthy air quality on the Monterey Peninsula. Entrants have until the end of the year to decide if they want to compete in the coming editions of the Monterey Bay Half Marathon on Nov. 10, 2019, Nov. 15, 2020, or Nov. 14, 2021, donate $75 of their entry fee to a nonprofit agency supporting Northern California fire relief or donate $75 of their entry fee to Monterey County charities funded by the Big Sur Marathon Foundation, which manages the race. Doug Thurston, the Monterey Bay Half Marathon race director, said the overall entry fee varied between $90 and $125 depending on when entrants paid the fee. He explained the entry fees have already been spent. “The cost of the race exceeds the entry fees, with the balance being made up by sponsorships, donations, merchandise sales, etc.,” he said. “It’s not like we have all the entry fees sitting in an account somewhere, they’ve already been spent on the production of the event.” The donations will be made out of the Big Sur Marathon Foundation reserve funds. Thurston said thousands of entrants still came out to the finish-line area at Custom House Plaza to get their shirts, medals, programs, food and drinks in what ended up being a party-like atmosphere. (11/15/2018) ⚡AMP