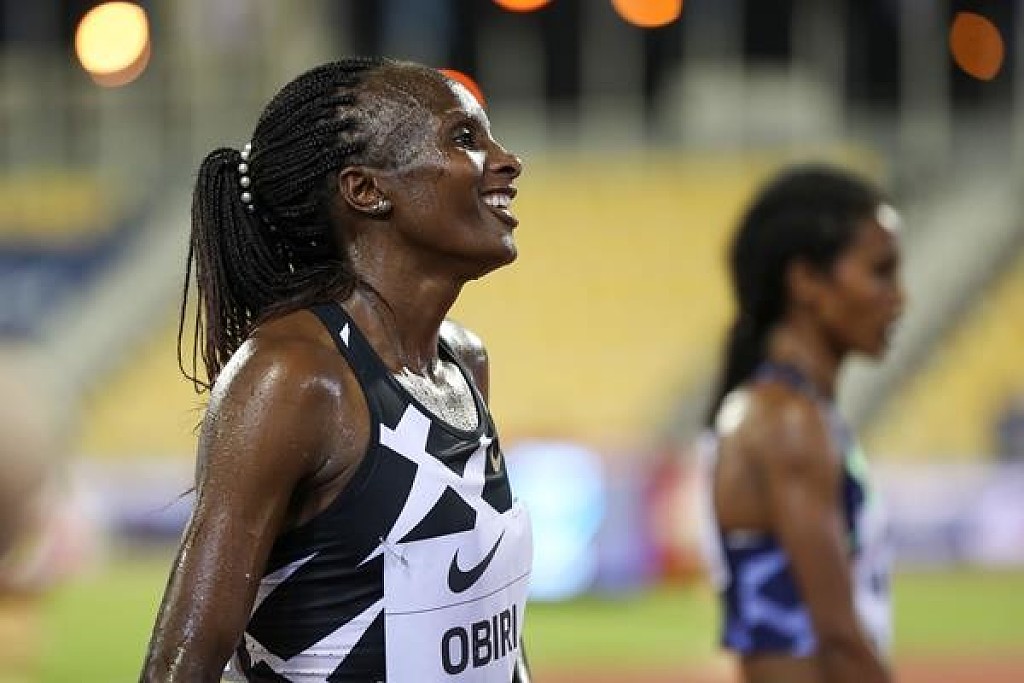 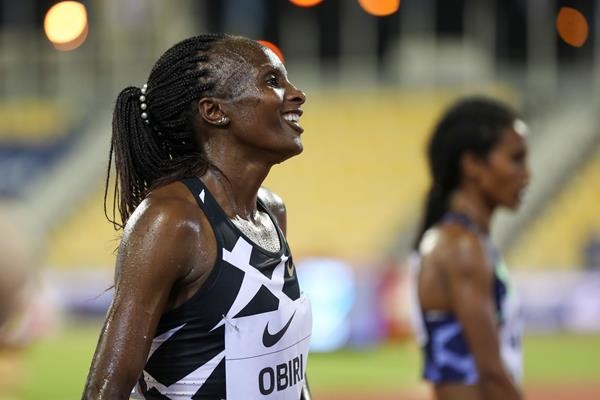 With about 90 seconds to go in the women’s 3000m at the Wanda Diamond League meeting in Doha on Friday (25), it looked as though Hellen Obiri would register a rare defeat in the Qatari capital.

Little more than 24 hours earlier, the world cross-country champion from Kenya had explained how Doha was one of her favourite cities to race in, having set her 3000m PB here in 2014 and retained her world 5000m title last year in the Khalifa Stadium. 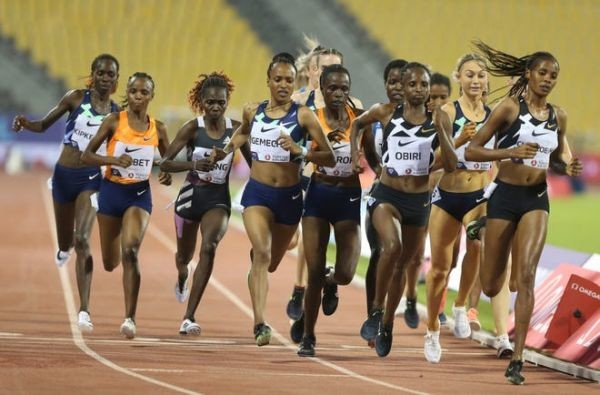 But when world steeplechase champion Beatrice Chepkoech breezed into the lead with about 550 metres left in tonight’s 3000m race, Obiri kept her cool for another 200 metres before she unleashed her trademark kick for home, eventually winning in a world-leading 8:22.54.

The field of 15 women, loaded with world and Olympic medallists, was paced through the first kilometre in 2:48.46. Obiri and Chepkoech were tucked behind the pacemaker with world 10,000m bronze medallist Agnes Tirop and world 5000m silver medallist Margaret Chelimo Kipkemboi also near the front of the tightly-bunched pack. 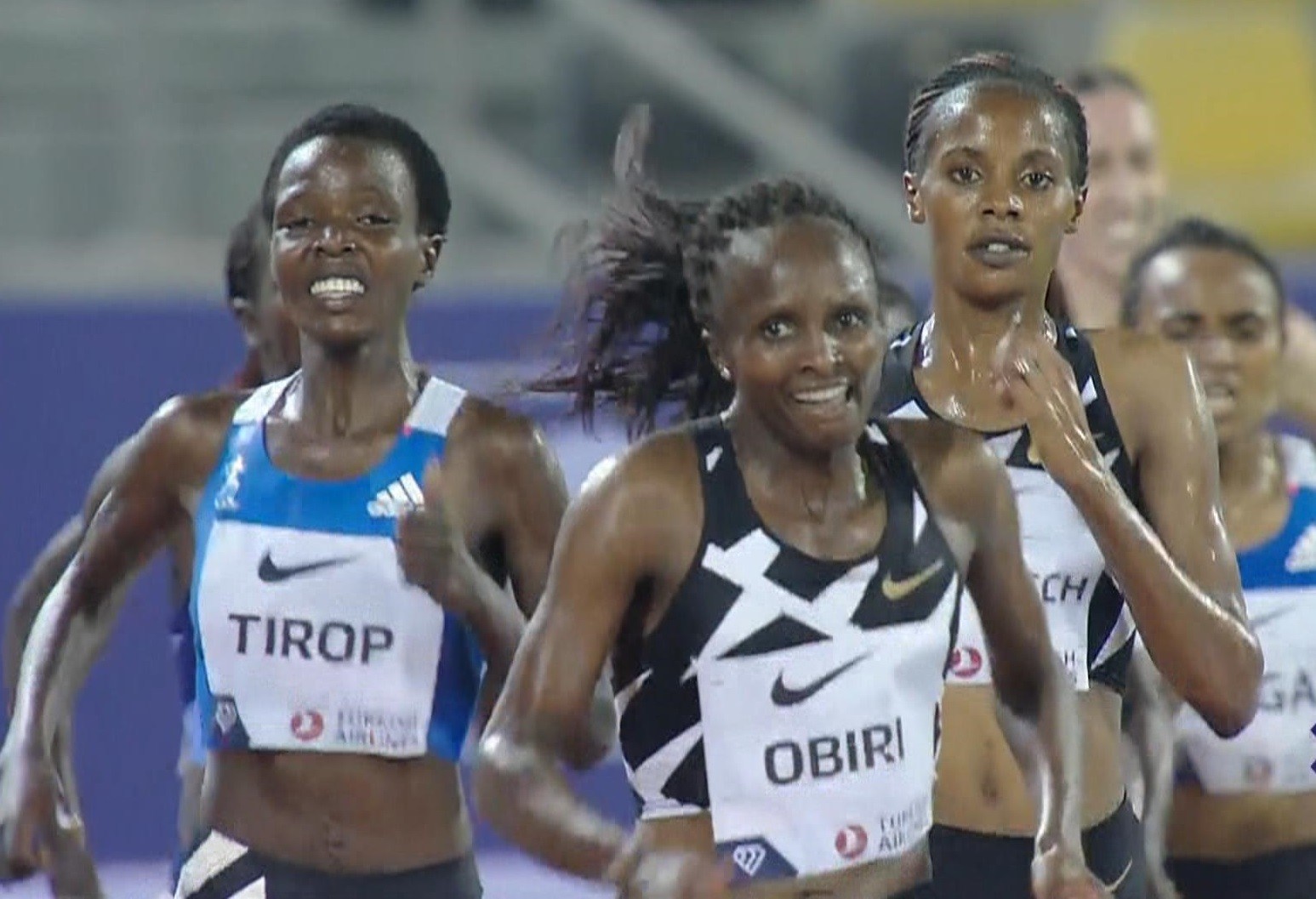 After the pacemaker dropped out at the 1600m point, Obiri led the pack and reached 2000m in 5:39.70, the pace having slowed slightly. Eight women were still in contention with two laps to go with Obiri, Chepkoech, Tirop and Kipkemboi still occupying the first four places.

Chepkoech made her move as she entered the home straight for the penultimate time, but Obiri responded with about 350 metres remaining, her head rocking and arms fighting, as is often her style at the end of races.

Tirop and Chepkoech made up some ground in the final stages, but Obiri held on to win in 8:22.54, the second-fastest time of her career behind the 8:20.68 African outdoor record she set on this track six years ago.

The next five women to cross the line were all rewarded with PBs. Tirop and Chepkoech finished second and third respectively, both timed at 8:22.92, while Kipkemboi (8:24.76) and 2015 world steeplechase champion Hyvin Kiyeng (8:25.13) were fourth and fifth. For the first time in history, seven women finished inside 8:27.

“Doha has become like a second home to me as I've won so many races here, including the World Championships last year,” said Obiri. "The season has not been the best for everyone but I am happy it is coming to an end."