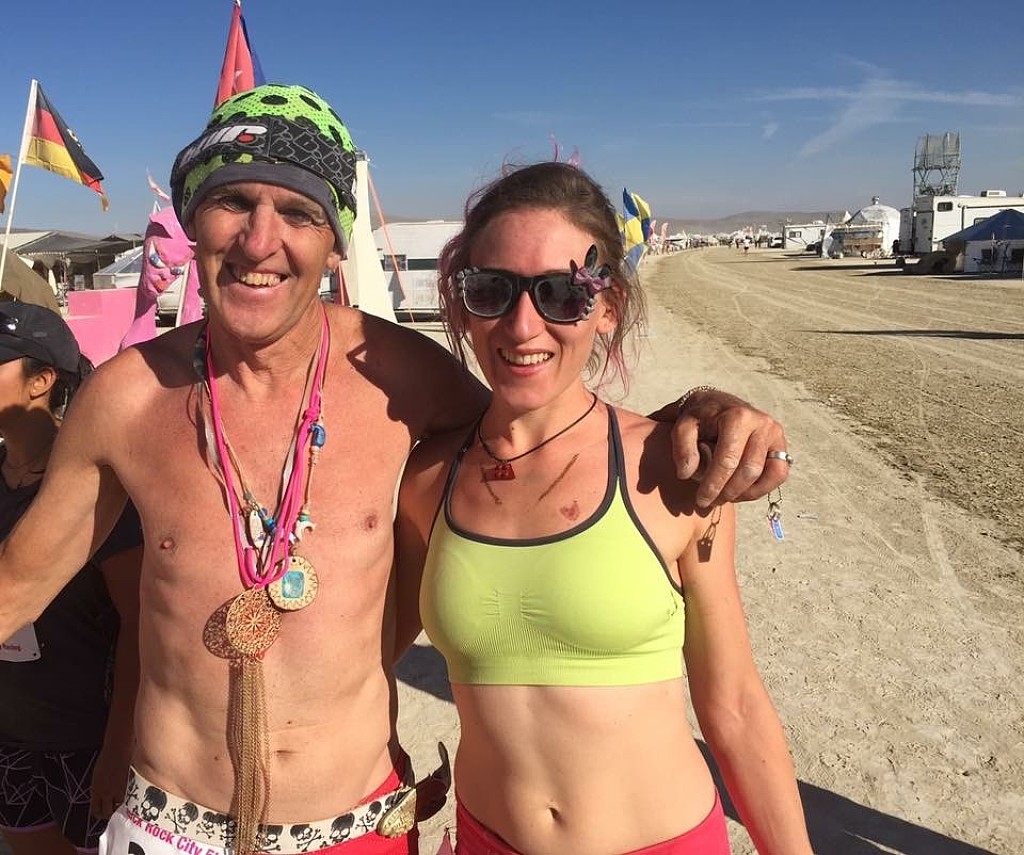 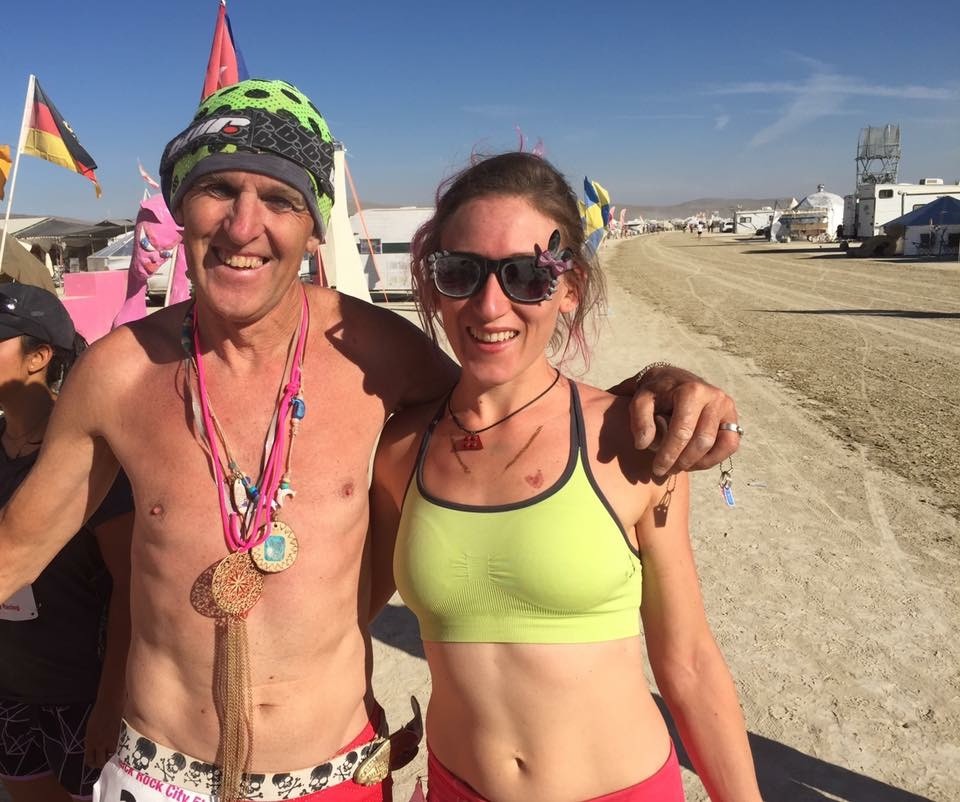 Gary Allen is going to sharing his thoughts and knowledge here in MBR’s Running News Daily under the banner “Marathon Man Gary Allen.”

In his first column I sent him some questions so we all could get a flavor of what makes this incredibly creative and talented man tick.  I know I am looking forward to his writings here and I hope you are too!

So Gary, how did you discover running?

”I wanted to be a hockey player,” wrote Gary “but there weren’t enough kids on the small Maine Island I am from for a team. Then in 1972 I saw a skinny guy named Frank Shorter run into a stadium in Munich and I was like cool, you can win a gold medal just for running.”

How important is running to you?

“I have been involved with running for my entire life so assigning importance to who and what I am is like trying to describe how big the universe is to an ant. It is impossible for me to adequately portray how all encompassing running is to me as a part of my life,” says Gary.

Does being an accomplished runner help you put on first class events?

“Absolutely! The races I direct are direct reflections of what and how I expect races to be run. I would never ask anyone to do something I haven’t done so I merely apply my expectations and my creativity to every race I help to organize.” 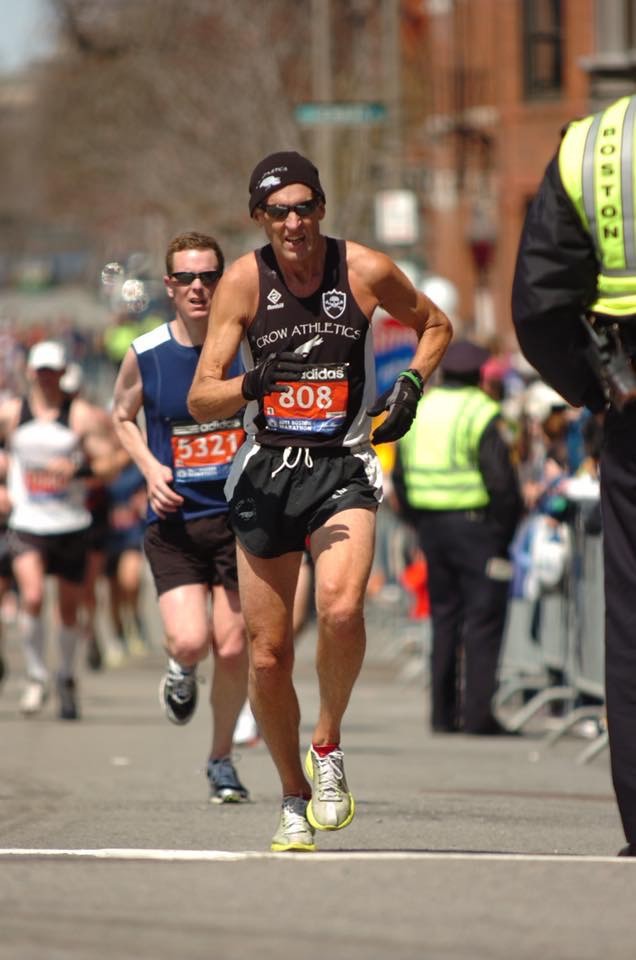 What one race you have run stands out as number one?

“Ahhhhh I can’t narrow it down to one race. However, Boston is always high on every list. I have one more to run to make a quarter century of unicorn chasing. The Burning Man ultra (photo) is a race I love beyond words. It helped change my thinking about how races run.

“A combination of an other worldly environment and no entry fee helped to expand my thinking. NYC (19 finishes) is where I was inspired to become a race director after watching Fred Lebow in action in 1980. It is reality true, if you can make it there you can make it anywhere!

Tell us about your coaching?

“I have coached at the HS level and coached many individuals over the years but my current team is at Mount Desert Elementary School where I have been the XC coach for the past 12 years.

“My philosophy is pretty simple, make running fun and kids will want to run more and the more they run the better they get at running which is of course even more fun for them!

“One of of our key workouts is called, zombie tag. We run in the surrounding Maine woods and trails and I assign a few zombies and the rest of the team tries to run away and not get caught.

“I also love to hide pizzas in the woods and have the kids run around and find them! Apparently my methods work cause in the past decade plus we have won almost every meet we’ve run!”

What are your personal goals as a runner?

“As a race director: I want to leave our sport better than I found it.

”As a coach: I want to inspire the next generations of runners to think about running for their entire lives. Rather they run or not matters little, but I want them to always remember and to love running knowing some will go on and be involved in our sport as competitors, coaches or even as race directors.

”As a competitor: I have accomplished pretty much every goal I’ve set for myself. Of late I struggle some with the naturally selfish nature of being a long distance runner.

“The single dimensional, ‘I’m training for,’ ‘Look at me’ has become less and less appealing to me over the years.

“As you know one of my proudest achievements is joining the five decades Sub 3 hour marathon club. At this point nobody on earth has run a sub 3 hr marathon in six consecutive decades so maybe it’ll give it a shot in 2020!

“Incidentally Joan Benoit Samuelson is the only other Mainer on the list and the only woman who has done this and I wouldn’t count out Joanie to run a sub 3 for her 6th decade.

Can you give us some background info?

”My family settled on Great Cranberry Island in the 1670s.  I am 12th generation. It’s a small offshore Island off the coast of Maine. It’s probably the most unlikely place to become a runner as the main road is only two miles long. I built my own house by hand from trees growing on my land. I dug my well with a shovel figuring they used to do it that way so why couldn’t I?”