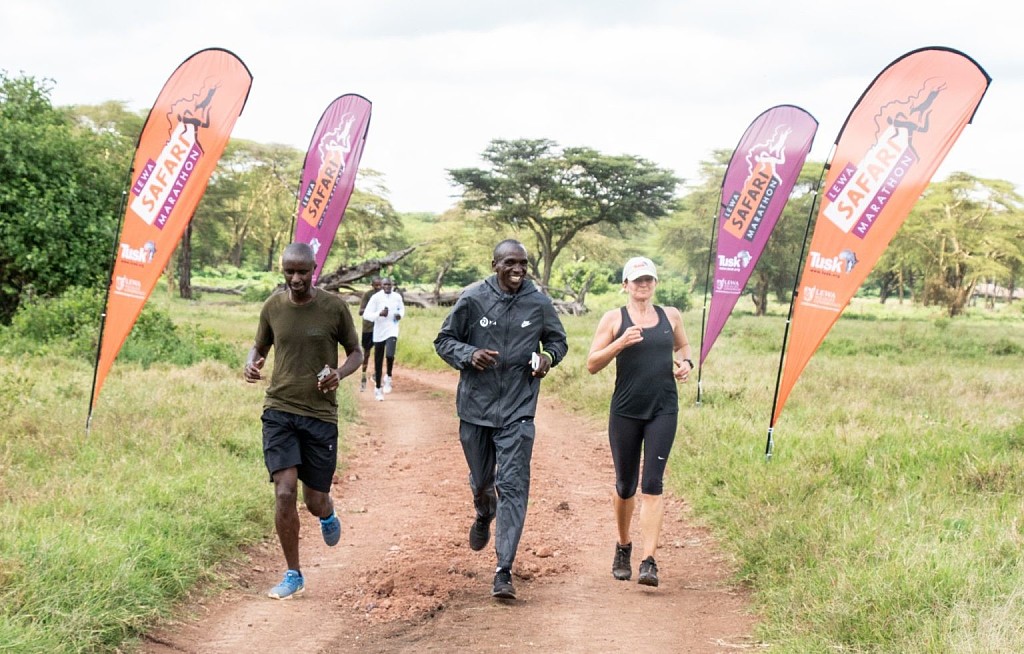 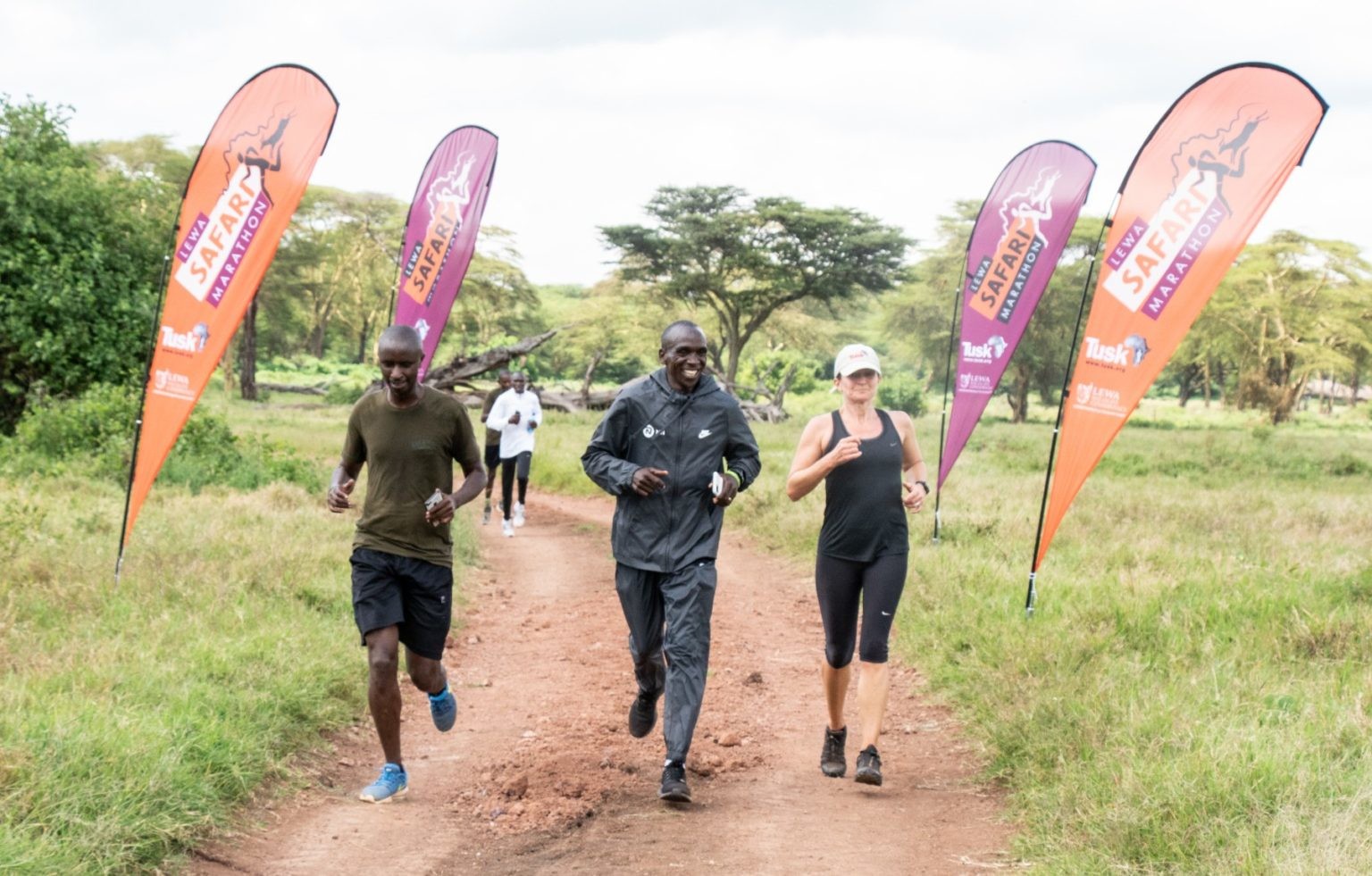 Having been cancelled due to the pandemic, this year’s Lewa Safari Marathon will be staged virtually, with Eliud Kipchoge leading the way

On Saturday, Kipchoge ran in a practice session at the Conservancy alongside Lewa Rangers to help drum up support for the virtual race.

The fastest marathoner in the world teamed up with World Half Marathon giant Geoffrey Kamworor alongside two other athletes, Philemon Rono and Jonathan Rotich.

Kipchoge’s presence at the Conservancy located in Kenya’s North was a boost for the wildlife rangers and Tusk’s Director of Programmes in Africa, Sarah Watson who joined them on the run. 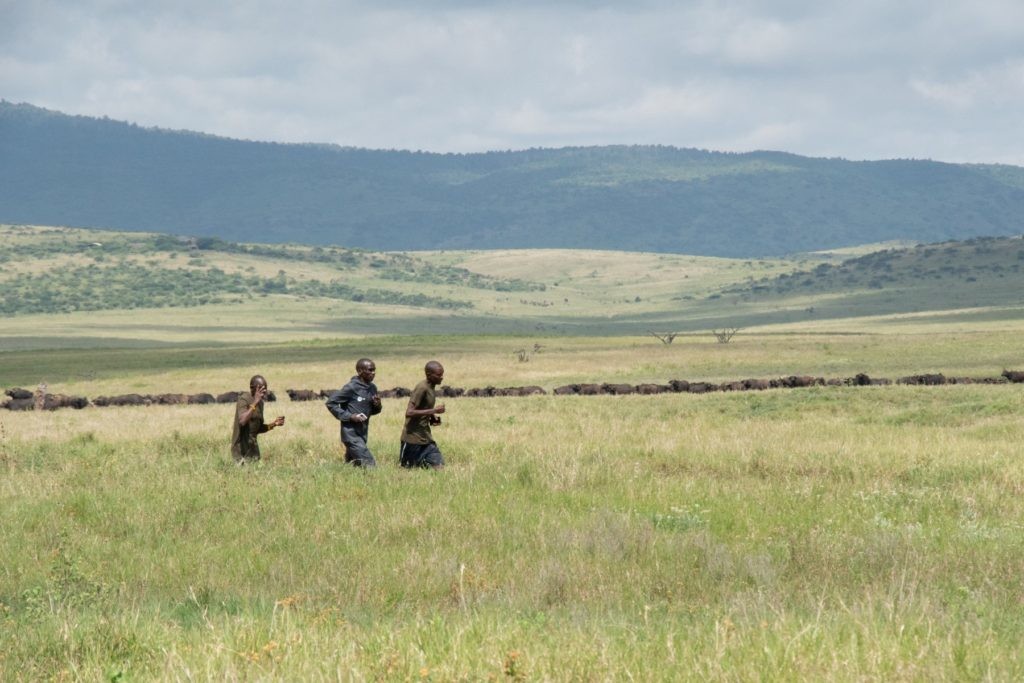 “I urge everybody to participate and just run where they are. We are all part of the human family and we must keep strong, stay fit, observe directives from our government, and know this situation is not permanent.” 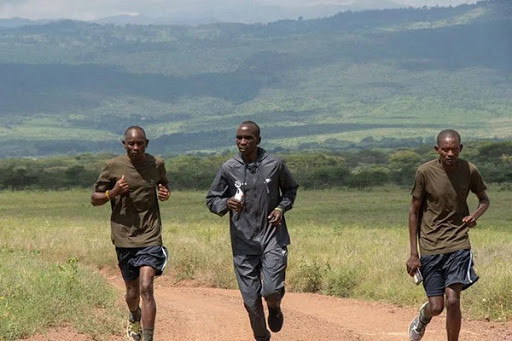 “I have never taken part in the Lewa (Safari) Marathon before, but it was very inspiring to run with the rangers today in this beautiful conservancy and motivate them. I would ask the rangers to continue doing a good job, because they are conserving our wildlife and environment.”

Kipchoge struck through the picturesque Lewa terrain, with a mouth-watering background of grazing elephants and buffalos as the Rangers struck in tow, looking to keep up with the pace of a world beater.

It was a win-win day for Kipchoge who also got to experience a different set-up from his Eldoret base where he has been training in isolation since all athletics camps were closed as the world battles to control the spread of the coronavirus.

“My team and I are honored and very excited to have run with Eliud and his team today. Eliud is our brother, friend and supporter who recognizes the challenges that we face as wildlife rangers. This run has boosted our morale and encouraged us to keep going in this difficult time,” said Edward Ndiritu, Lewa’s Head of Anti-Poaching.

Athletes who will have registered will run from wherever they are as they continue supporting the marathon which had hoped to raise close to Sh500mn this year to aid in Lewa’s conservancy projects.

This year’s race was set to be supported by Safaricom and Huawei, with Safaricom having stepped down their annual financial support and instead joined up with the Chinese electronics company to raise the annual budget. 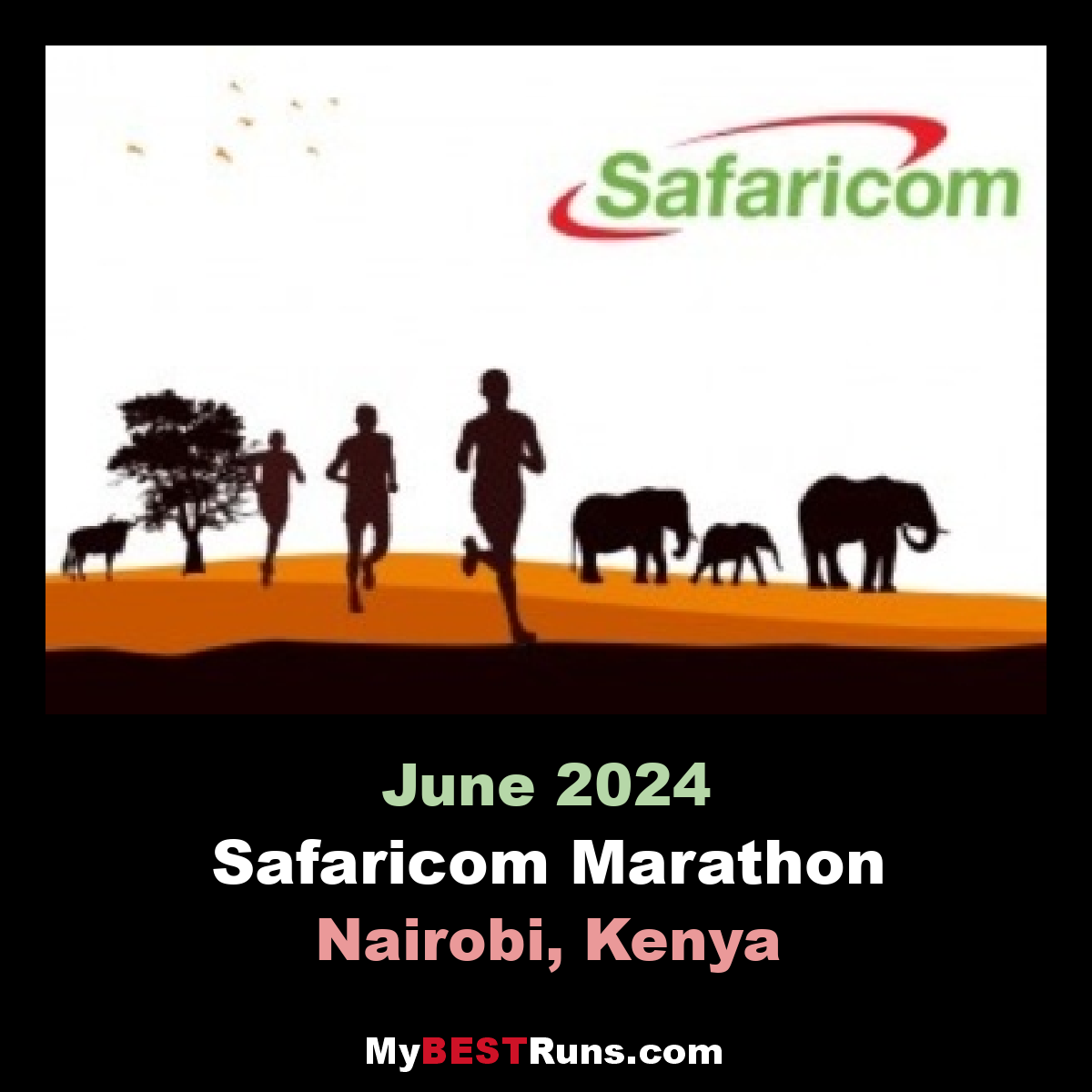