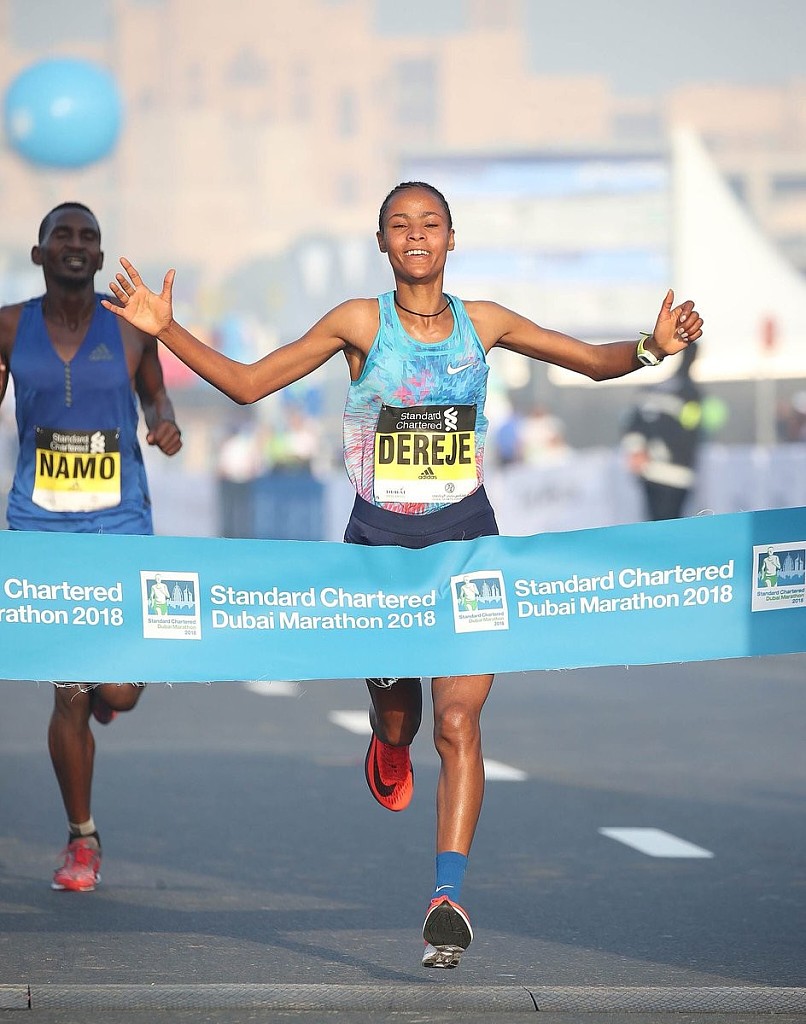 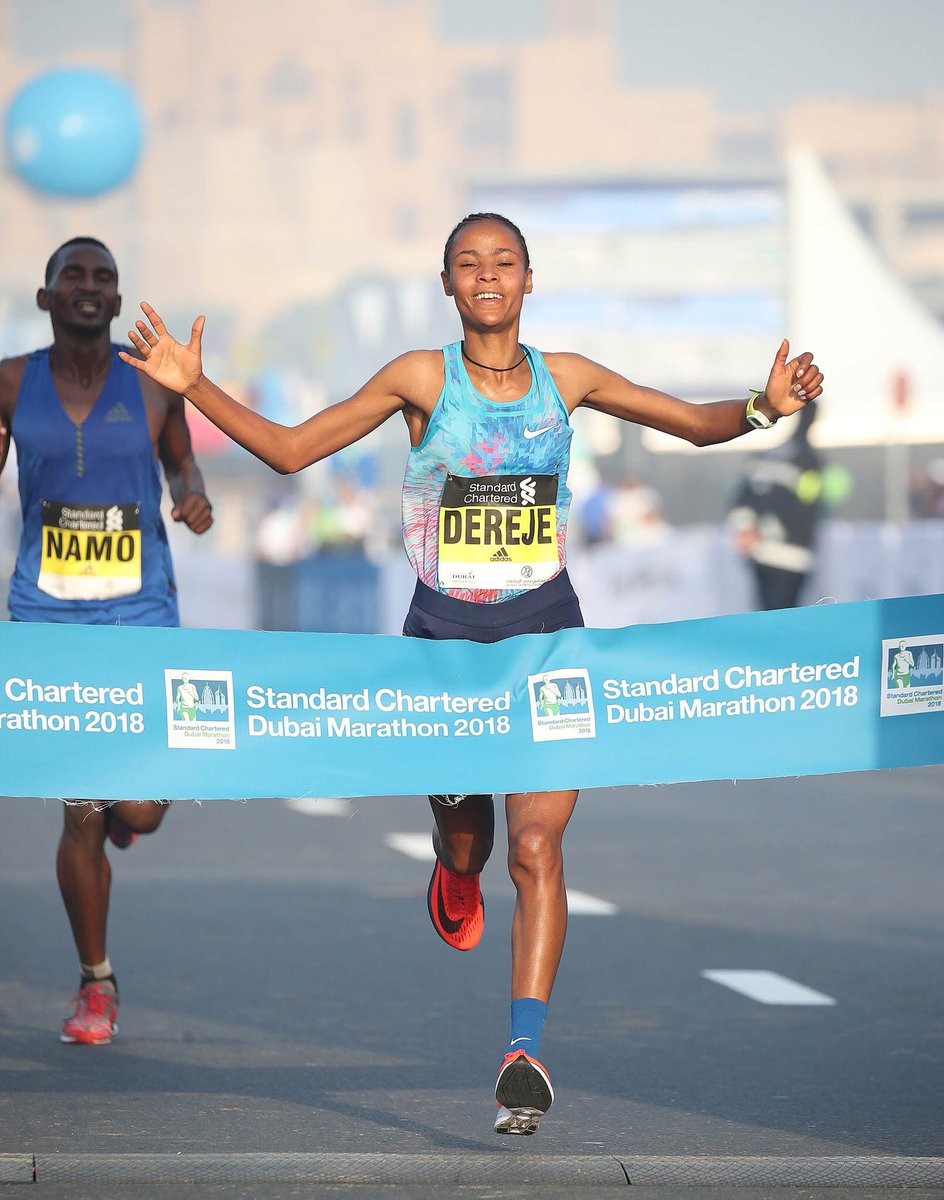 Haftamnesh Tesfay is expected to attack the 2:20 mark at Frankfurt Marathon

The 24-year-old Haftamnesh Tesfay made an impressive debut to her marathon career in Dubai this January with fifth place in 2:20:13, the fourth fastest time ever by a female marathon debutant.

That performance should whet the appetite for what she can do in Frankfurt. Two places behind Haftamnesh Tesfay in Dubai came another Ethiopian debutant, Dera Dida and her impressive showing also makes the 21-year-old’s appearance in Frankfurt highly anticipated following her 2:21:45 in the United Arab Emirates.

Tesfay and Dida were soon in action again and distinguished themselves at the prestigious Rome Ostia Half Marathon two months later. They dominated the Italian race, Tesfay winning in 69:02 and Dida runner-up, 19 seconds behind. Meskerem Assefa has had previous experience of the Mainova Frankfurt Marathon.

The 32-year-old from Ethiopia finished third in 2:24:38 last year. She made a solid improvement on her lifetime best in winning the Nagoya title in Japan in mid-March, running 2:21:45.

Another returning to the race beside the River Main is the American Sara Hall after her fifth place a year ago in 2:27:21. She improved further with 2:26:20 this spring for third place in Ottawa.

And no marathon would be complete without Kenyan presence with Nancy Kiprop, twice winner of the Vienna City Marathon title, running in Frankfurt. After winning Vienna last year she improved her best to 2:24:18 to retain the title this April.