According to conventional wisdom and most of the sport’s history, women should not win ultraendurance events — ever — when competing against men. But they are.

Three big wins in the past few months have put women’s performance in the longest and most difficult sporting events on the planet firmly in the spotlight. In September, American athlete Sarah Thomas, a cancer survivor, became the first person to swim the English Channel four times without stopping, spending 54 hours in the water and covering 134 miles. In August, German cyclist Fiona Kolbinger won the 2,500-mile nonstop Transcontinental Race across Europe and in January, British runner Jasmin Paris won one of the toughest running races there is, the Spine, a 268-mile jaunt across Britain’s backbone in winter, while breastfeeding her baby.

That’s a record for women in the sport. Still, some prominent ultra gatekeepers don’t think women’s participation will equal success across the board.

Women are winning increasingly frequently. Badwater, the Spine, the Moab 240 — the list of big ultramarathons women have crushed goes on, and it’s not just a matter of winning against a weaker male field than usual. When Paris won the Spine in January, running 268 miles from England to Scotland, she smashed the course record by over 12 hours. 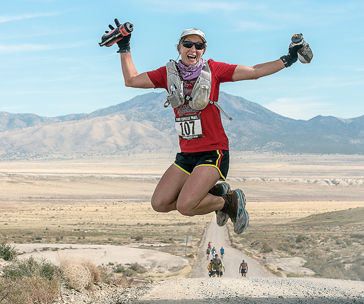 Physically, men hold most of the cards: better V02 Max, which measures the rate at which your body can take in and use oxygen, larger hearts, larger muscle mass, better body mass index ratios and stronger and (usually) longer bones. But women do have some advantages: They’re more efficient than men at converting glycogen to energy. Glycogen is the secondary source of fuel used when glucose levels drop, so basically women can access and burn fat better. They also store fat better, itself an advantage because it means they can draw on those stores during punishing longer races.

Psychologically, too, men don’t have an obvious edge over women. Let’s start with pain: If you’re running long distances, you’re likely to experience pain. Despite a popular myth that women have a higher pain threshold than men, studies show that in fact women feel pain more quickly. This works to their advantage in ultras, as a quick response to pain means that they can locate and treat small problems like the onset of blisters early in the race. Also, when women feel pain, brain studies have shown that they mobilize emotion-processing parts of the brain to deal with it and so can train themselves to overcome it, whereas male brains more often use threat-control circuits, giving them increased adrenaline and awareness — but tiring them out faster. 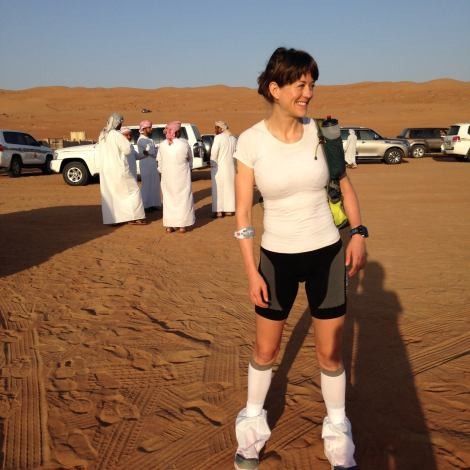 “Science doesn’t really back up anecdotal theories about childbirth making women stronger endurance runners,” says psychologist and keen marathoner Sian Williams, but she adds that there is evidence that women can be better at pacing themselves. A 2015 analysis of more than 90,000 marathon results for 14 races suggested both sexes slowed by the second half, but men more so than women. The study, published in Medicine and Science in Sports and Exercise, suggested that men’s early burst of speed is linked to competitive behavior but causes issues in the latter part of the race. “Perhaps the psychology of ego and risk plays as much a part as physiology in lasting the distance,” Williams concludes.

That psychology of risk emerges also in the way the sexes handle sleep deprivation. Men have the physical advantage: They need less sleep than women by an average of 20 minutes. But men and women have diametrically opposed reactions to lack of sleep: Men’s behavior becomes riskier, and women’s more risk-averse — also an advantage in an ultramarathon, which requires alertness, night navigation and injury management. In what could be the clincher, women have been found to become more selfish and ego-driven with lack of sleep, mimicking typical male behaviors and increasing competitive will, which could give them a final push toward the end of an ultra.

Elisabet Barnes is a two-time women’s champion of the Marathon des Sables, a 251-mile race across the Sahara Desert. She’s also won ultras outright, including Australia’s Big Red Run. For her, the key is less about biology and more about attitude — such runs require “leaving the ego behind, planning all aspects of the race meticulously and having a spiritual presence, leveraging the elements and working with them … rather than fighting the harsh environment,” she says This, she notes, may be easier for female participants.

Though the men have a clear advantage physically, female behaviors can disproportionately benefit them in the long and tough races. That could come in handy for the top ultra women who are setting their sights on that “overall winner” title. Even in the iconic Barkley — where many female running luminaries have tried and failed — 2020 could be the year for that elusive female first.