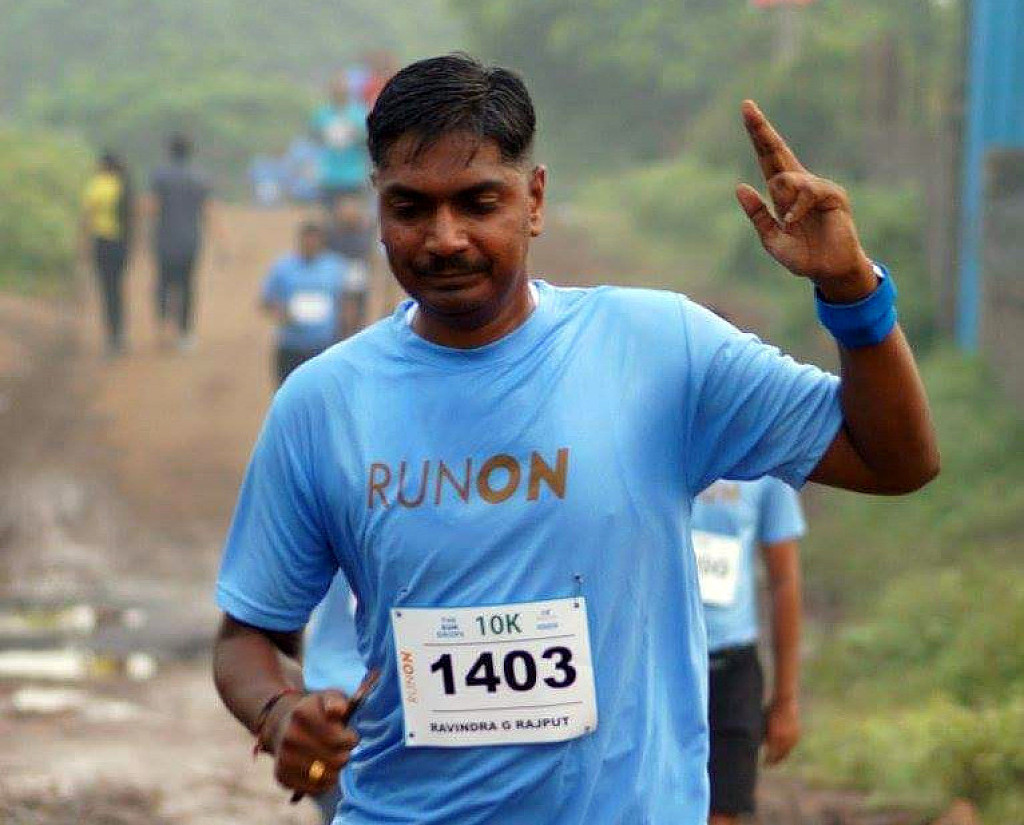 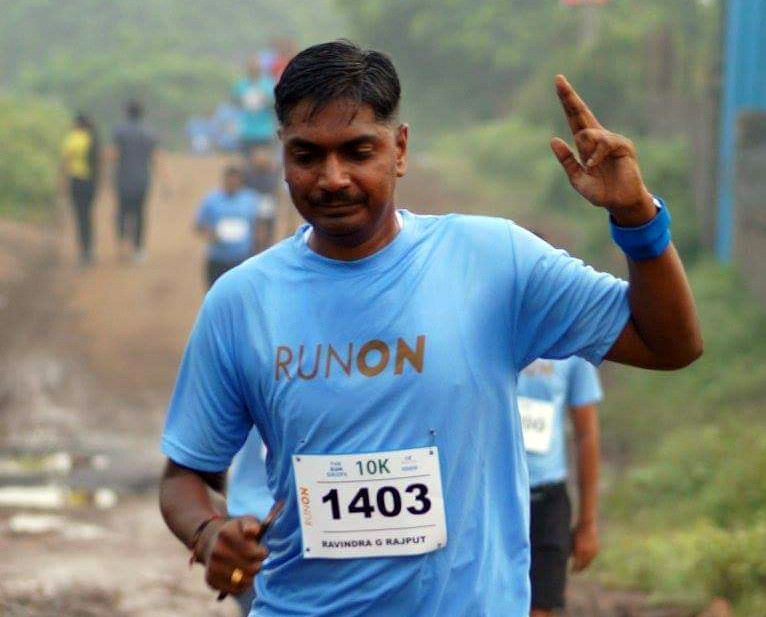 RUN THE WORLD: Ravindra G Raput started running January 31, 2016.  He weighed close to 200 pounds (90kgs) and felt tired quiet often.  "My doctor suggested walking and jogging and I took his advice," says Ravindra.  In addition to running he also took up cycling.  He lost 14 kg (30 pounds).  "I observed that I felt fresh, energetic, active.  The spark of fitness got enlightened in me and there was no looking back after that," he says.  40-year-old Ravindra lives and works in Pune, India.  He has participated in over 100 marathons since Feb of 2016 and as his passion drew he wanted to encourage others.  "I realized that fitness is not just for an individual but for the whole society and community to take up fitness activities." he says.  It began in his home and he encouraged his wife and 14-year-old daughter to take up running and cycling.  "Next were my colleagues and slowly we had a team participating in various marathons and cycling events," Ravindra says.  "Today my family and I continue our work of spreading awareness around health, fitness and healthy living. I'm linked to multiple campaigns such as Cycle2Work which encourages people to cycle to work on a daily basis and reduce the overall carbon foot print,” he says.    "Thanks Bob Anderson and My Best Runs for organizing such an unique event for the world," he says.  "Run The World gives us precious qualities like hard work, dedication, passion, will power, tenacity and Bob Anderson has given us continued motivation," says Ravindra.     (08/08/2018) Views: 1,384 ⚡AMP
by Bob Anderson