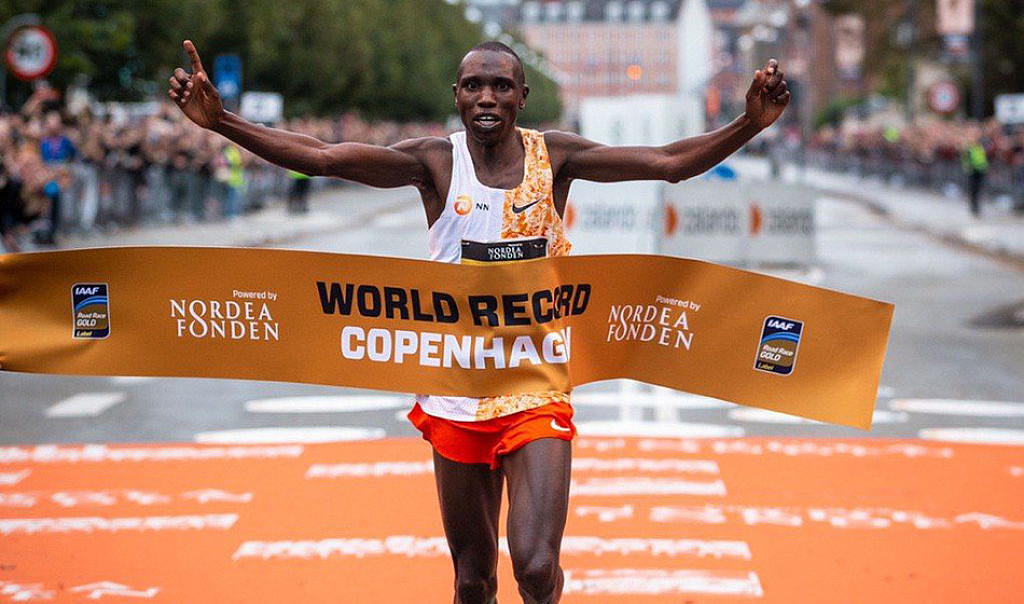 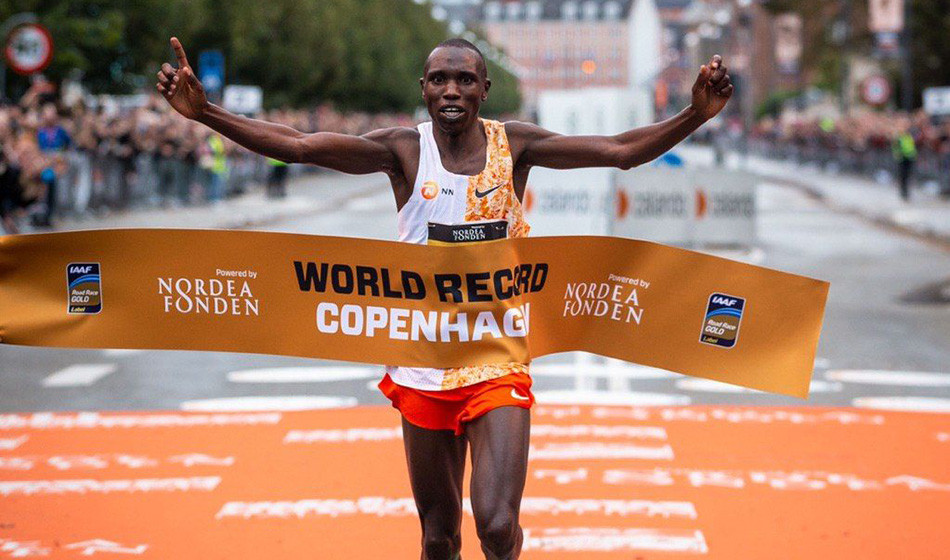 Geoffrey Kamworor's world half marathon record of 58:01 has been ratified

In a sensational run, Kamworor chopped 22 seconds from the previous record at the Copenhagen Half Marathon on 15 September, coming tantalizingly close to breaking the event's 58-minute barrier.

It was an apt setting for the 26-year-old Kenyan who won the first of his three successive world half marathon titles in the streets of the Danish capital in 2014.

Covering the first five kilometers in 13:53, just outside world record pace, Kamworor upped the tempo to reach 10 kilometers in 27:34, four seconds inside his stated target. He was in front alone by the 11-kilometer mark, but didn't slow. He reached 15 kilometers in 41:05, the fastest time ever recorded for that distance and a stunning 11 seconds inside sub-58 minute pace. 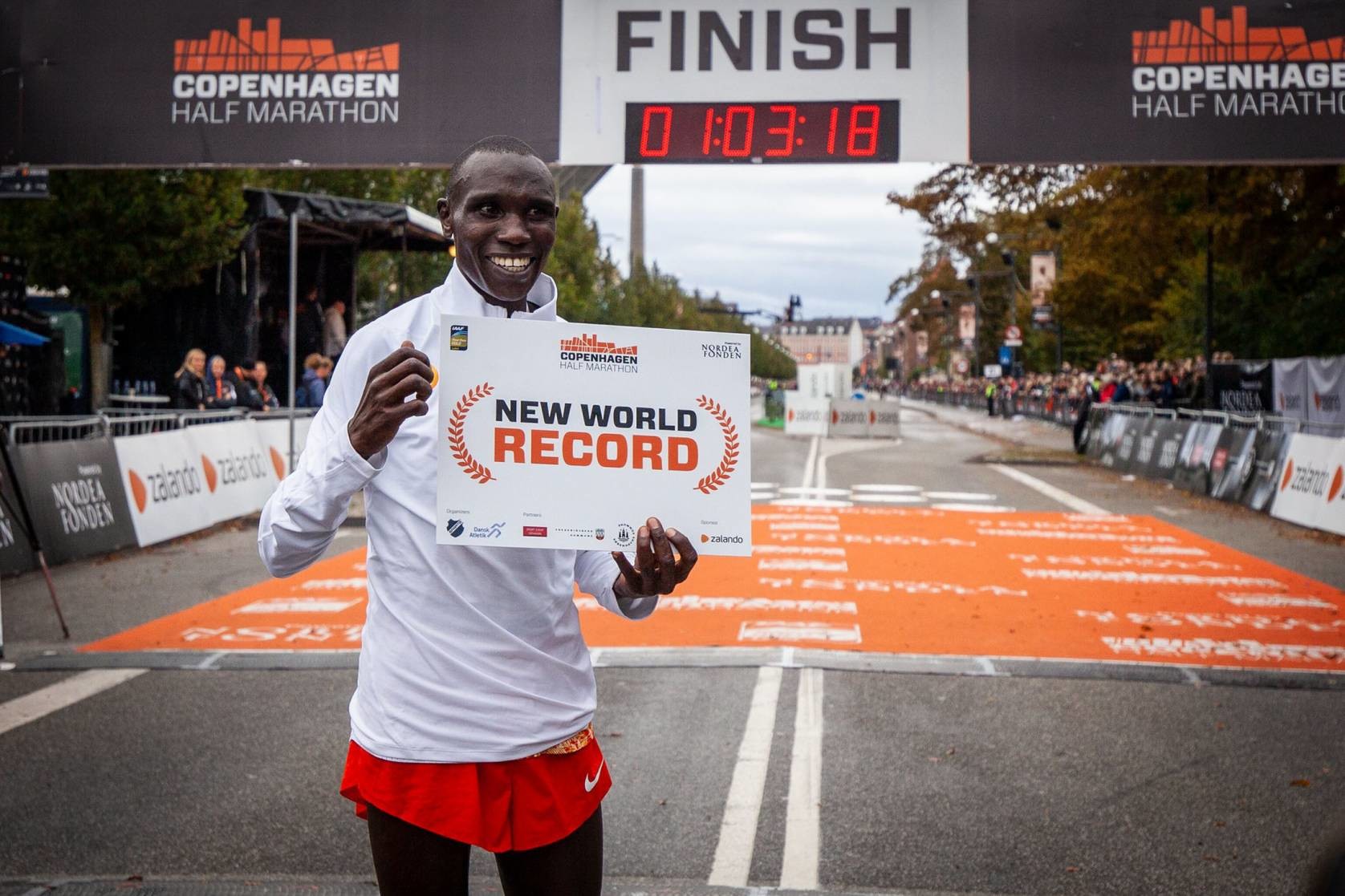 His pace dropped over the waning stages but he still reached 20 kilometers in 55:00, another world best. He was just a few meters from the finish line as the clock moved to 58 minutes before stopping at 58:01. 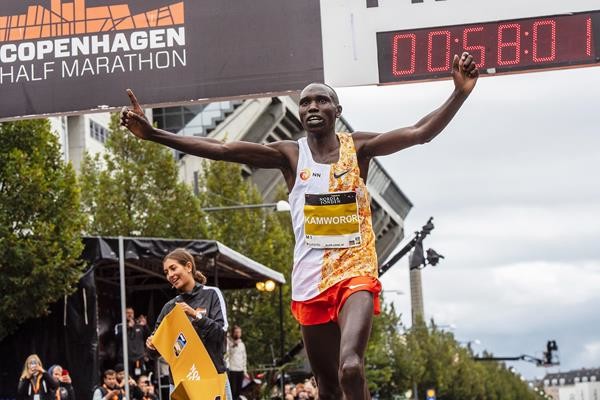 “It is very emotional for me to set this record,” said Kamworor, who also won back-to-back world cross country titles in 2015 and 2017. “And doing it in Copenhagen, where I won my first world title, adds something to it.”