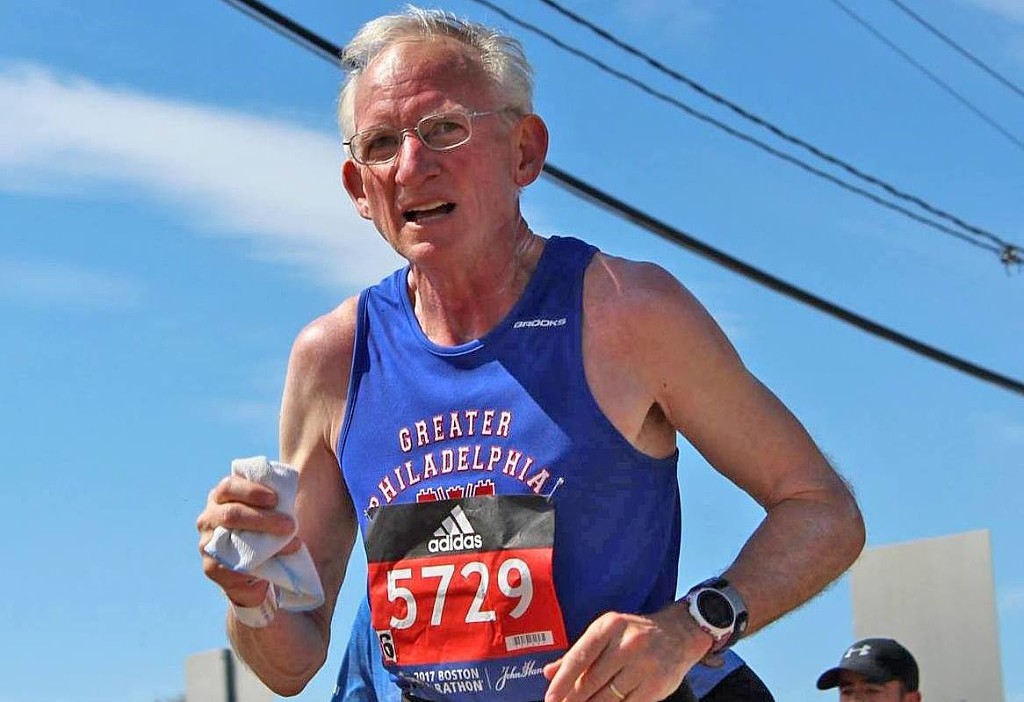 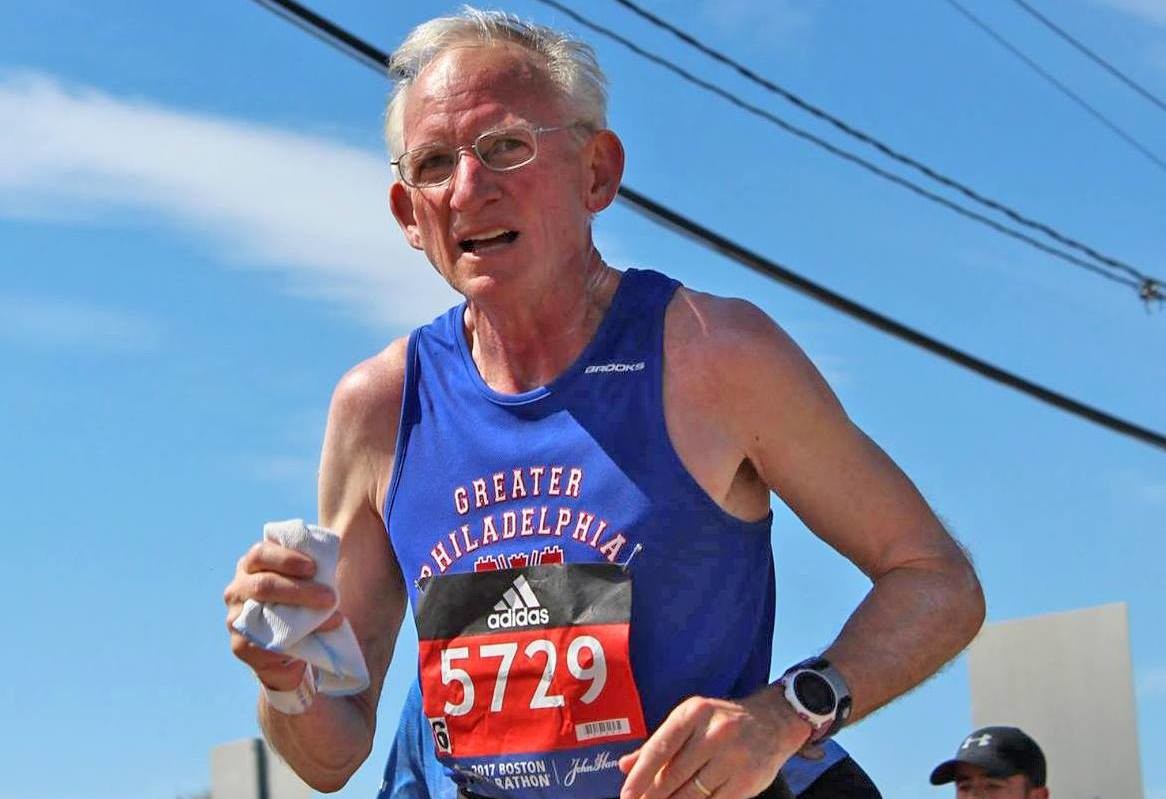 Gene Dykes is the world's best runner in the world currently seventy plus. "One of my 'secret' training methods for marathons is to run a lot of ultras," Gene told My Best Runs in this exclusive profile.

"I’ll begin training for Boston in January, and to kick it off I’ll run a 50-miler in January and both a 100-miler and a 200-miler in February. During March I’ll convert that training base into marathon speed."

Sounds wild and unconventional but it has been working for 70-year-old Gene Dykes from Philadelphia..."It was thought by many of us that Canada's Ed Whitlock's records were way beyond reach," says lifelong runner and Runner's World and My Best Runs founder Bob Anderson.

"At age 73 Ed became the first 70 plus runner in the world to run the marathon under three hours."  In 2004 73-year-old Ed Whitlock clocked an amazing 2:54:48 at the Scotiabank Tornonto Waterfront Marathon.

No one ever had run a marathon that fast 70 plus. The late Ed Whitlock was in a league of his own until now.  At the same marathon this year on October 21, 70-year-old Gene Dykes clocked 2:55:18.

My Best Runs wanted to find out more about this new super star, a runner who has set PR's at all distances (other than the 5k) over the last year from 1500m to 200 miles. How did Gene discover running?

"It’s probably more accurate to say that I discovered running twice," said Gene. "The first time, when I was about fourteen, it just kind of popped into my head to run three miles to the house of a girl I was interested in.  After about a mile and a half, I had to walk for a bit.  I was really disgusted with myself, and I swore I would never again resort to walking on a run.

"I actually kept this promise, until I started doing trail races, of course, where there are lots of good reasons to walk now and then."

After this he ran track in high school for a couple of years. "In my senior year I thought I was pretty good when I dominated the 2-mile run in my county.  That notion was quickly dispelled when I ran track in college and I was totally blown away by the competition.  For the next four decades, I would stay in jogging shape much of the time, but it never occurred to me to race because it had been firmly impressed upon me that I wasn’t a very good runner," Gene remembers.

He rediscovered running in 2004 at the age of 56 after a six year layoff because of a torn hamstring... "A golfing acquaintance told me he had a running group and that I should join him sometime.  A classic case of falling in with a bad crowd.  They encouraged me to run some races with them, and discovering that I wasn’t half bad, my running career was born," Gene told us.

So how important is running to Gene?  "It started out as an activity I looked forward to on weekends, and it slowly took over as my main hobby.  Probably starting around 2011 when I ran my first adventure race and started training for Comrades (56-mile race in South Africa) it became way more than just a hobby.  While it will never quite reach the point of being 'all-consuming.' I suppose you would be forgiven for thinking that, considering that I’ll have done 38 races in 34 weekends this year."

The obvious next question was, tell us about your training.  "For about nine years I just stumbled my way through training.  I did lots of long, slow runs with occasional track workouts.  I gradually improved, and I was having a lot of fun, but I was worried that my best days were behind me when I fell miserably short of a new marathon PR at the 2013 Toronto Marathon.

"Swallowing my pride and opening my wallet, I hired a coach.  What a life changing decision that was!  In just five months I went from a half decent runner with modest goals to a runner capable of competing at the highest levels. Training now consists of fewer miles, but harder workouts and fewer rest days," says Gene.

In 2018 he won ten USATF national championships. His 2:57:43 clocked at this year's Rotterdam Marathon was a world single age record until he bettered it in Toronto.

Gene says, "I’m particularly fond of having won championships at both track 1500 meters and trail 100 mile this year.”  In part two Gene talks about his diet, going after more records, dealing with injuries and a lot more.  Coming tomorrow October 29 on My Best Runs.