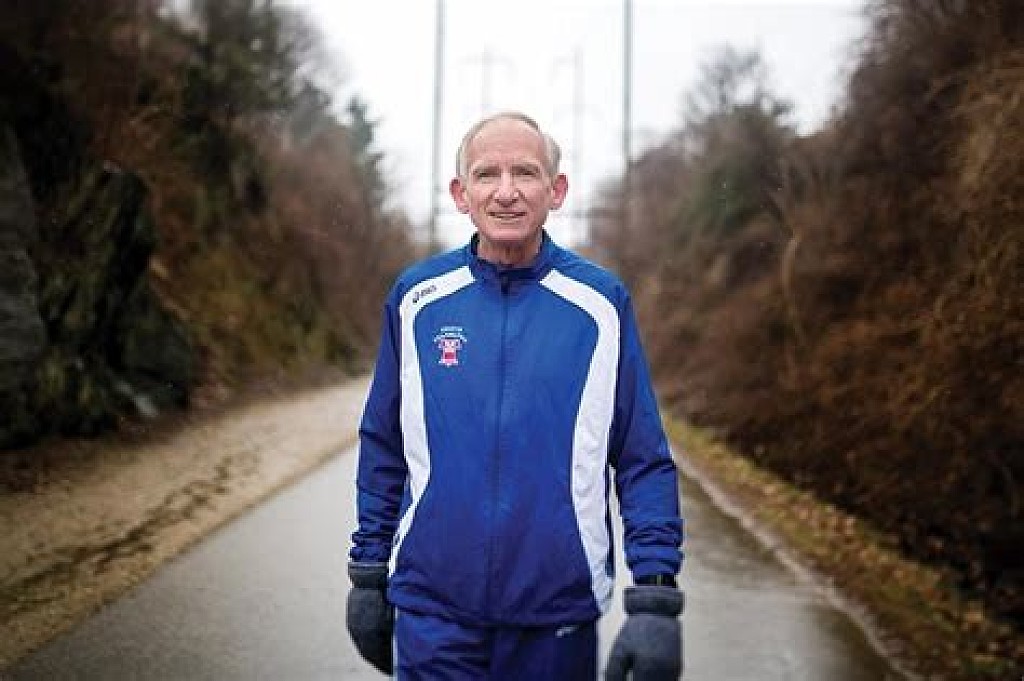 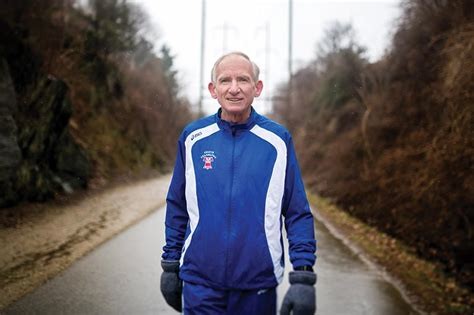 Gene Dykes, aka the #Ultrageezer, is a modest fellow, not given to trumpeting his achievements (especially after discovering that his takedown of Ed Whitlock’s M70 marathon world record at Jacksonville in December 2018 would not be ratified due to the race not being a USATF-sanctioned event).

This could be why we only just learned that last month at the Dawn 2 Dusk 2 Dawn 24-hour ultramarathon in Sharon Hill, Pennsylvania (not far from where he lives), in the pouring rain, Dykes quietly broke the M70 100-mile and 24-hour track records. 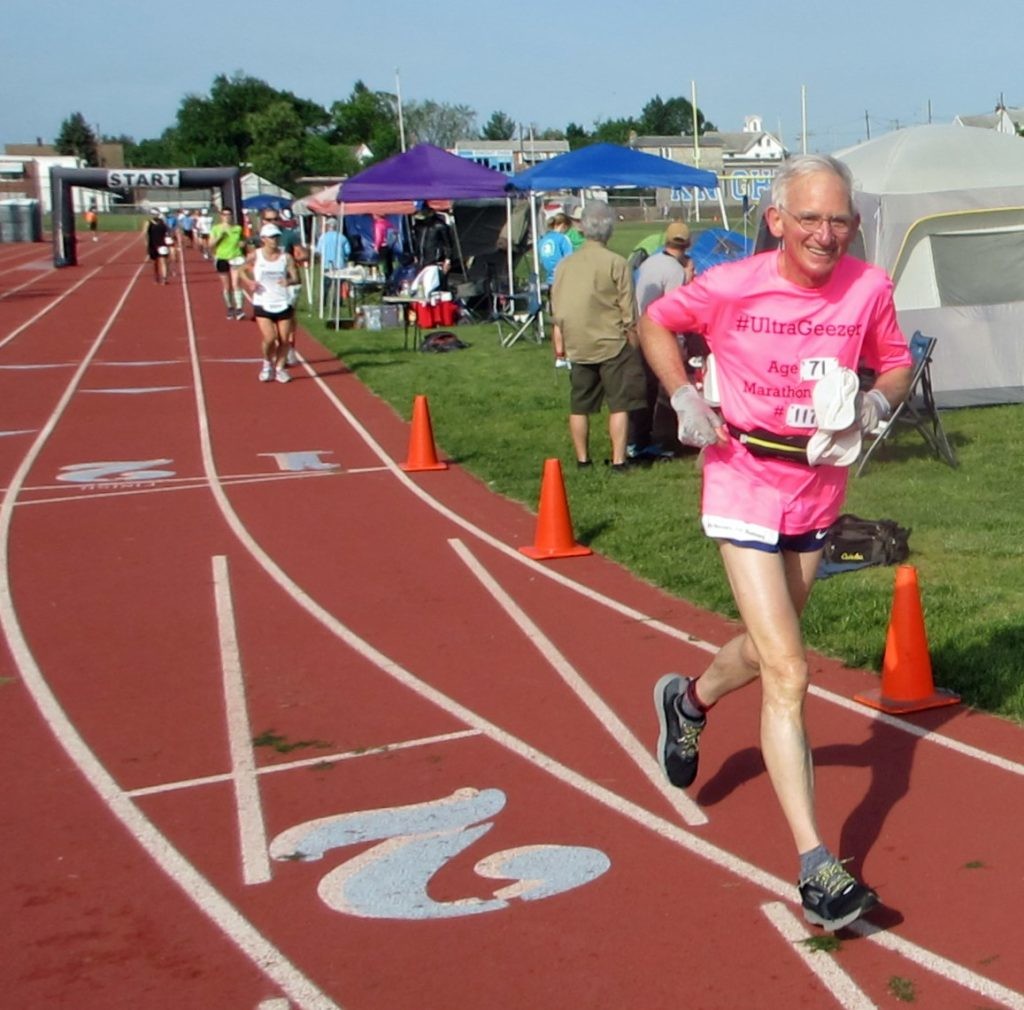 However, if you take a look, you’ll see that Dykes already holds the US age-group records in the 50K, 50-mile, 12-hour, and 100K categories. He set those last year at the same race.

“I am starting a 24-hour race,” Dykes posted on Facebook beforehand. “By 7:03, I will have seen the entire course!” 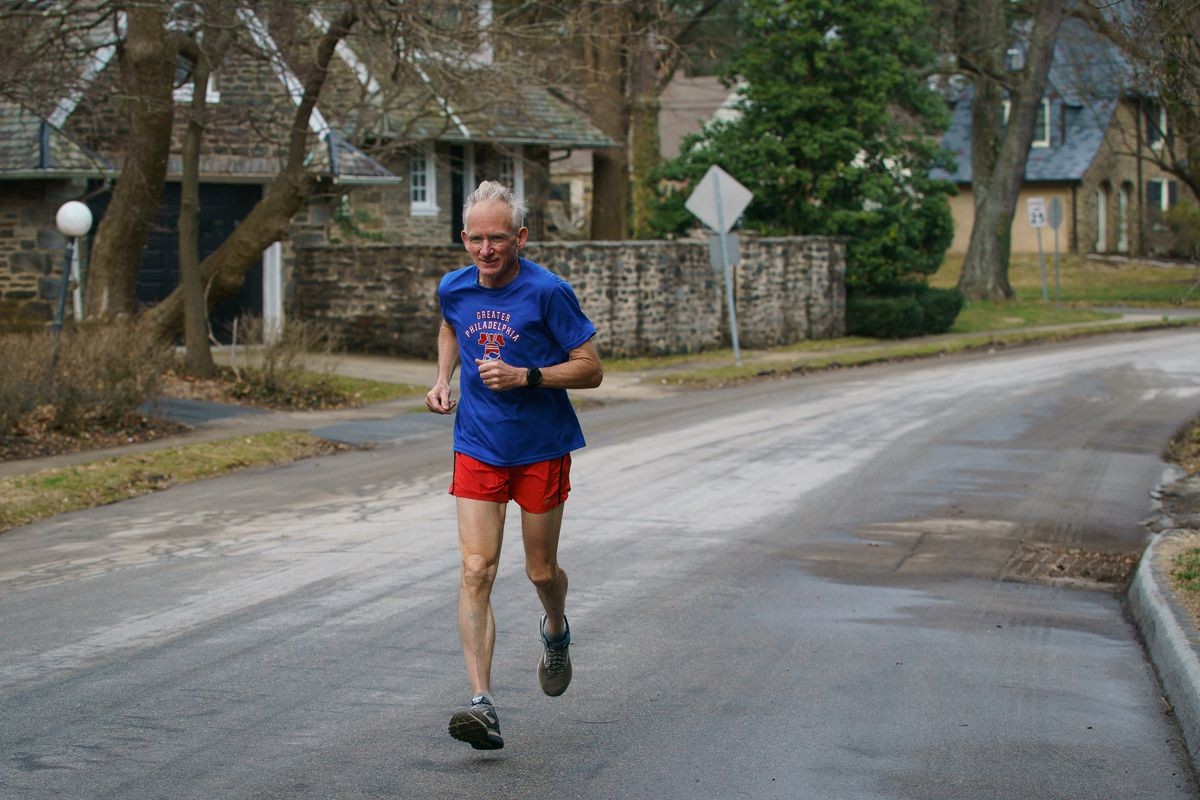 As so often happens at long races, the weather changed drastically over the course of the day, and never conformed to what was forecast. “The forecast was promising–cloudy during the day with a high in the upper 60’s and showers at night–but what we got was something altogether different. Brilliant sunshine all day, and, not being prepared for that, I got some nasty sunburn on my calves.

At night it was cold, rainy, and windy–not the light rain I expected. Fortunately, I brought along a down jacket, which I wore under my raincoat, and heavy wool gloves.”