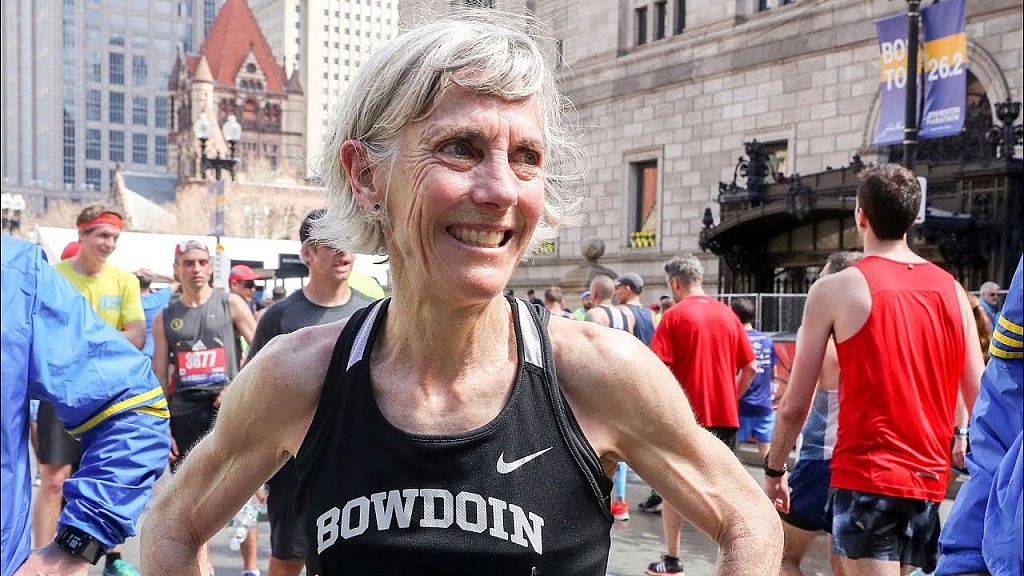 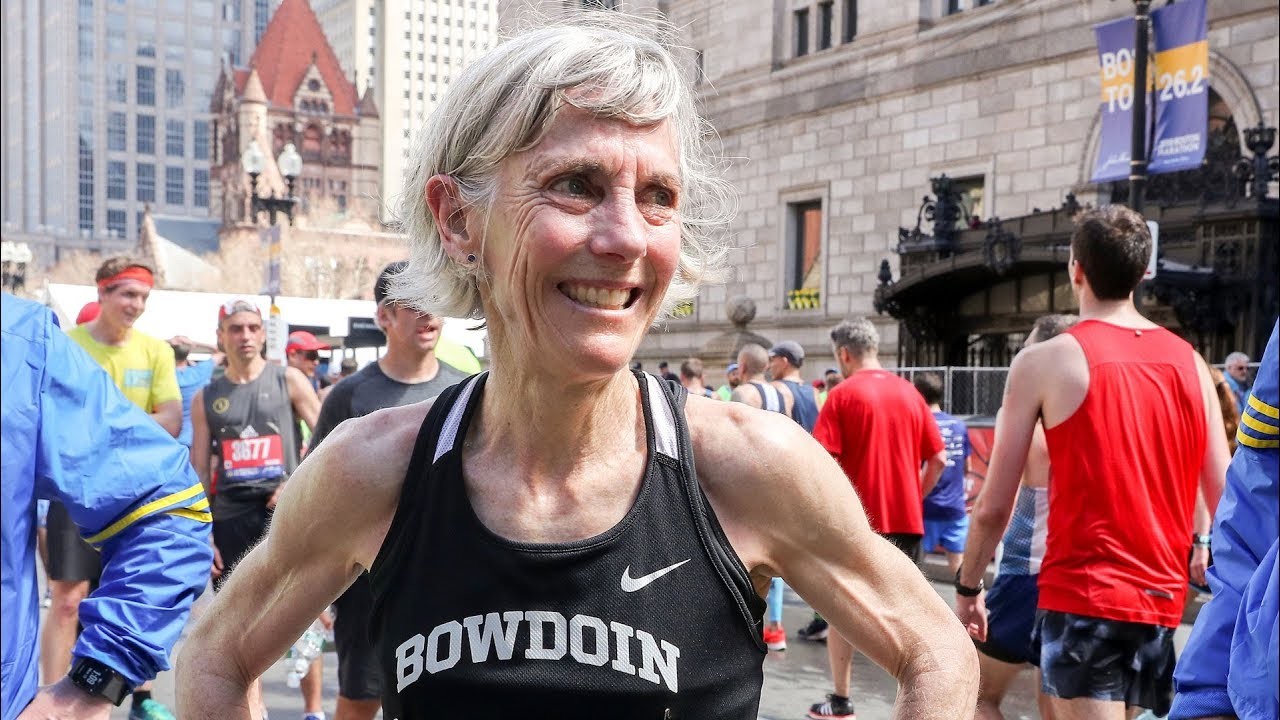 There were many outstanding performances at the 2019 Boston Marathon.  Two that really stand out are: Forty years after her first win at the Boston Marathon, Joan Benoit Samuelson scored a victory of a more personal nature during Monday’s 123rd edition of the race.

The Cape Elizabeth native and Freeport resident met her stated goal of finishing the 2019 race within 40 minutes of her winning time in 1979, completing the 26.2-mile trek from Hopkinton to downtown Boston in an even 3 hours, 4 minutes while running much of the marathon with her daughter Abby (photo). 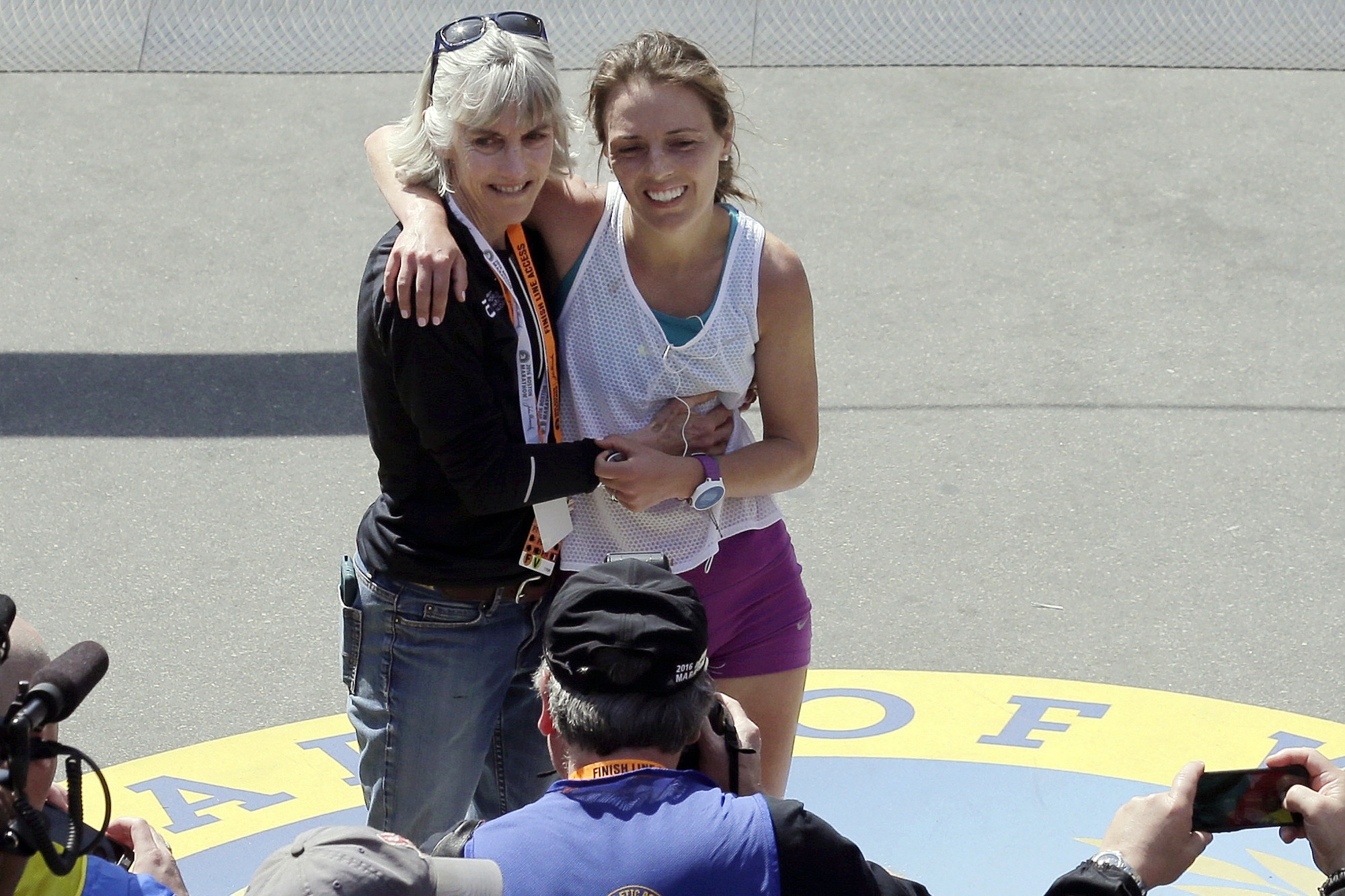 The effort not only enabled the 61-year-old Samuelson to place first in her age group (women 60-64) and 249th among all the women in the 30,000-runner field, but she also finished just 28 minutes and 45 seconds behind the 2:35:15 she ran to win Boston in her first-ever attempt at the distance as a college student four decades earlier.

“I did and I’m really happy about it,” Samuelson said during a postrace interview near the finish line with WBZ-TV. 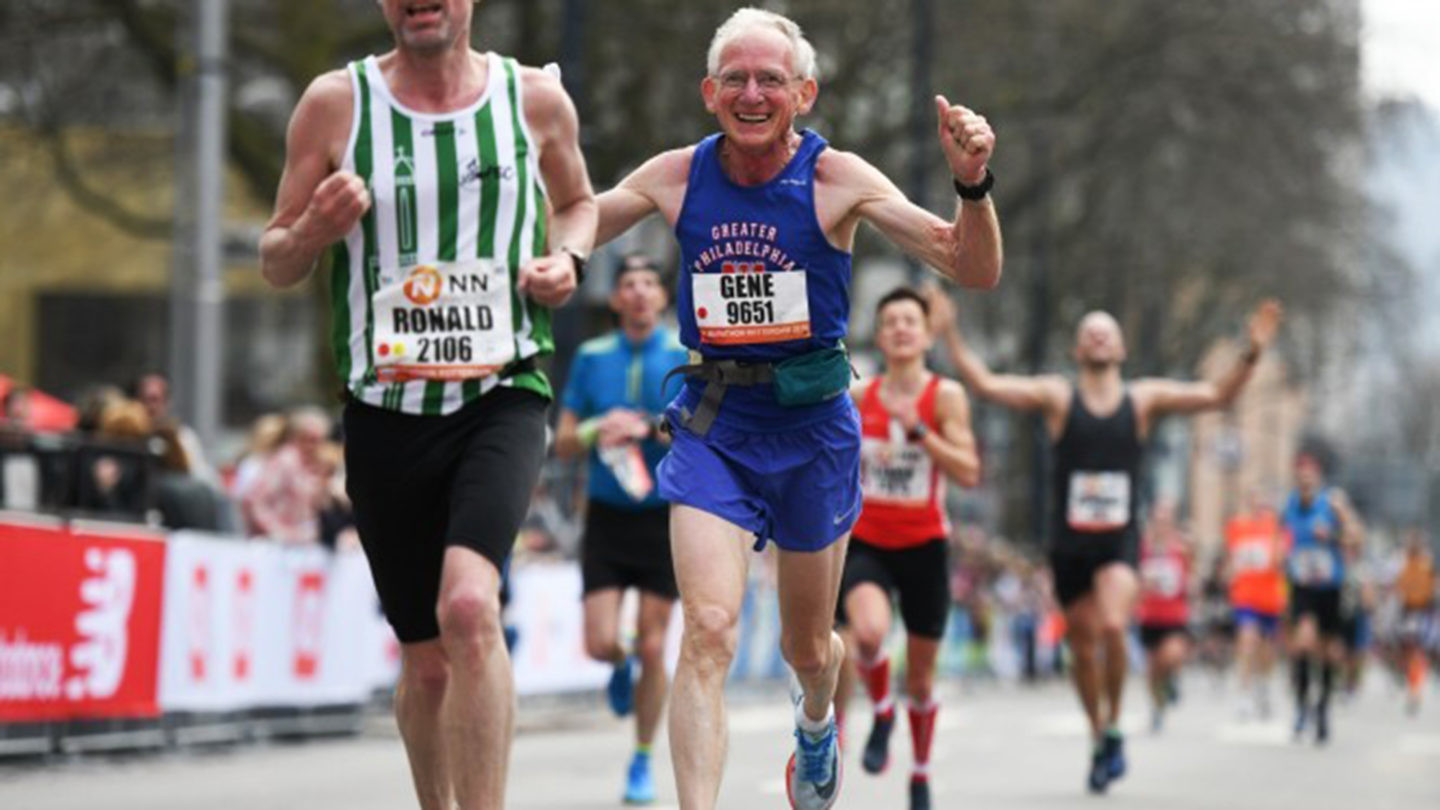 “To have our daughter in this race with me meant a great deal to me. She’s as passionate about the sport as I am, and to be out there with everybody cheering us on and the weather backing off to maybe coming on a little too warm, I can’t complain,” she said.

On the men's side: 71-year-old Gene Dykes of Bala Cynwyd broke his own age-group record on Monday, posting the fastest course time for a 70-to-74-year-old at 2 hours, 58 minutes, 50 seconds.

Dykes set the previous course record for that age group in 2018 at age 70, posting a time of 3:16 in driving rain.