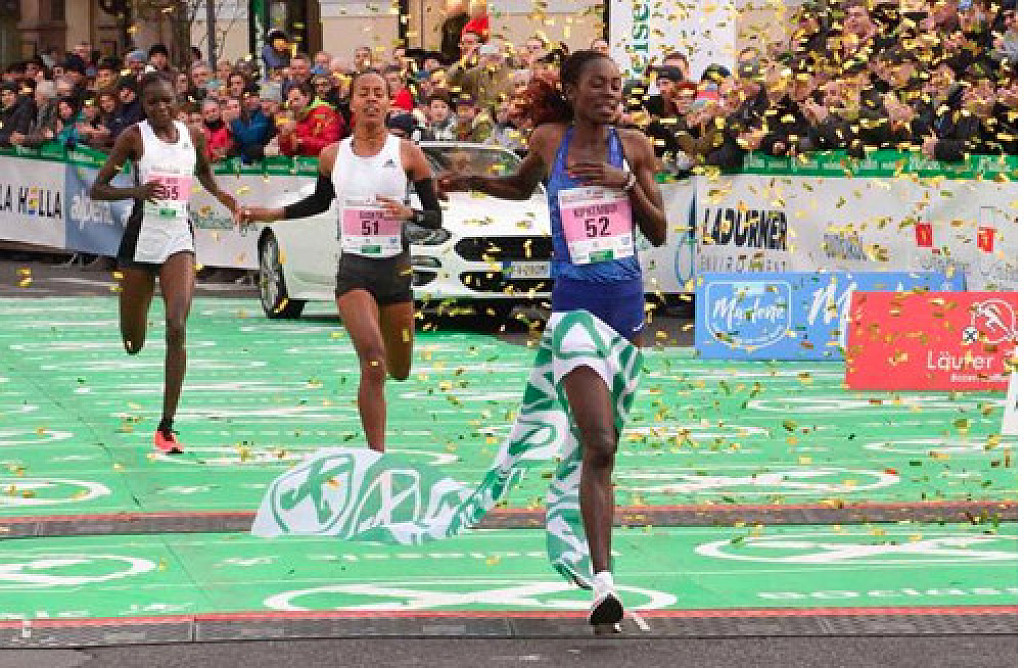 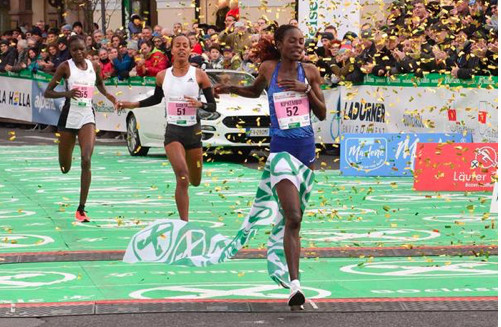 A leading group formed by Bekele, Kipruto, Chemutai, Crippa, Faniel and Ethiopia’s Mohammed Abdilmana took the lead in the early stages of the race. They ran at a conservative pace, clocking 3:31 for both the first and second laps. Faniel took the initiative and moved to the front at the end of the third lap with 10:44 on the clock.

The leading pack was whittled down to five runners during the fifth lap. Bekele, Faniel and Kipruto broke away from Crippa and Chemutai with two laps to go and went through the sixth lap mark in 21:23. Faniel went to the lead and only Bekele managed to keep up with the Italian, while Kipruto was dropped by three seconds. 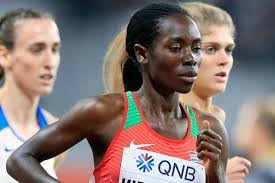 Bekele, who clocked a world-leading 12:52.98 for 5000m in Rome earlier in 2019, launched his attack during the last lap, but Faniel caught up with the Ethiopian and broke away by unleashing his final kick with 200 metres to go near the Fountain of Frogs. He crossed the finish line in Walther Square in 28:21, improving his previous career best over this distance by three seconds.

Faniel finished fifth in the marathon at the European Championships in 2018 and 15th at the World Championships in Doha. Earlier this year the 27-year-old improved his half marathon PB to 1:00:53 in Padua. Born in Eritrea but living in Italy since 2004, Faniel is coached by Italian former marathon runner Ruggero Pertile.

“I knew that I could run a good race, but I was not sure that I would be able to win against such great athletes,” said Faniel. “I am now training hard in preparation for the Seville Marathon in February.”

They went through the first lap in 3:43 and the second lap in 7:42. Gudeta, Kipkemboi and Kite pulled away from Cherono during the third lap and clocked 11:39 at the bell.

Gudeta and Kipkemboi stepped up the pace and were neck and neck race during the final lap. Kipkemboi launched her final kick with 200 metres to go and held on to take the win in 15:30, equalling the course record set by her compatriot Agnes Tirop in 2017. In a close finish, Gudeta was just one second behind with Kite a further second in arrears.

“It was my second time in Bolzano and I was well prepared as I am familiar with the course,” said Kipkemboi, who intends on contesting some cross-country races over the next few months. “It was a fast race and I am happy that I managed to beat Gudeta.”