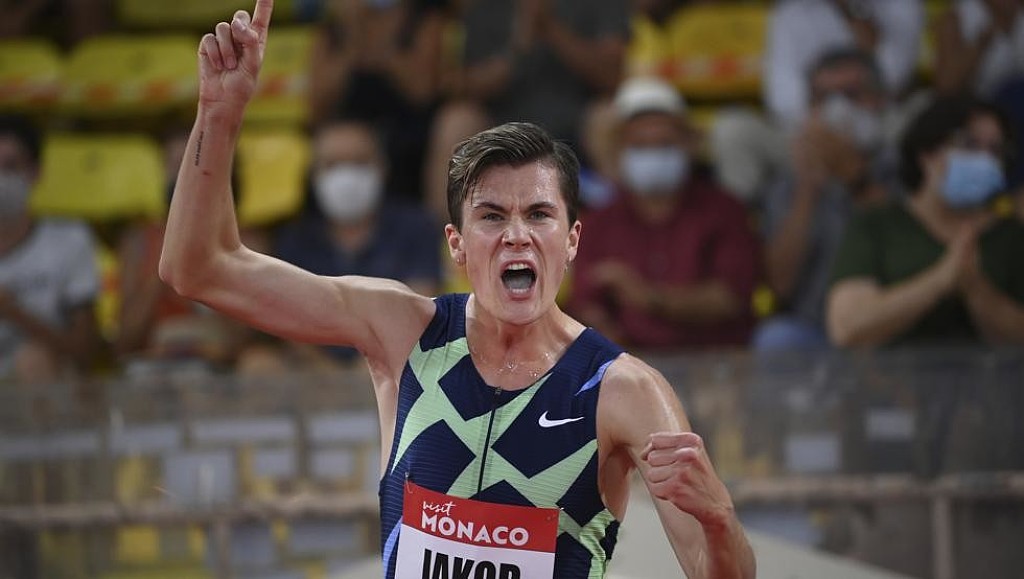 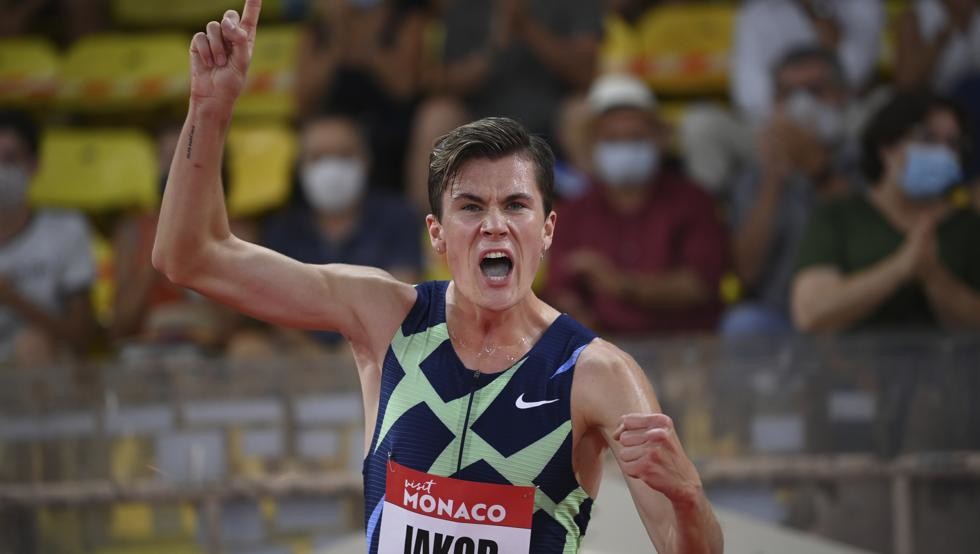 European champion Jakob Ingebrigtsen from Norway set his second European record of the season in the 1500m with 3:28.68 in the Monaco Diamond League on Friday

After breaking the European 2000m record with 4:50.01 at the Impossible Games in Oslo where he had the advantage of being paced by his brothers, Ingebrigtsen was racing against not only his older brother Filip but also the reigning world champion Timothy Cheruiyot from Kenya who was decisively beaten by the Ingebrigtsens in the virtual head-to-head clash between Oslo and Nairobi.

Aided by his training partners who were acting as his pacemakers, Cheruiyot blazed through the early stages in an unfathomably fast pace on his unofficial season’s debut. These exertions appeared to be catching up on the world champion as the pack closed up on Cheruiyot at the bell with Ingebrigtsen looming into view and Great Britain’s Jake Wightman also rounding into contention. 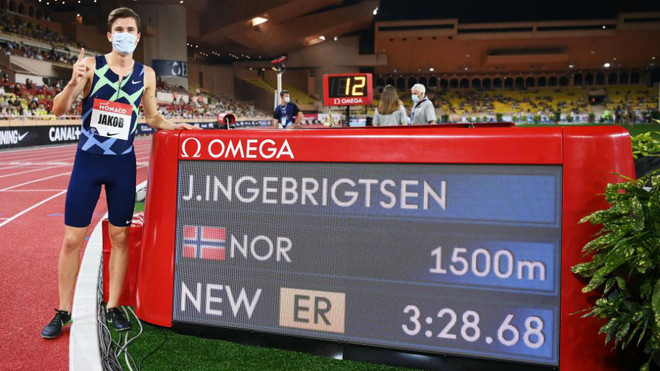 Ingebrigtsen was in position to strike off the final bend but the forward-leaning Cheruiyot kicked away again, holding the Norwegian off to win in a world leading 3:28.45 after an overly exuberant first 400 meters of 52.59. In contrast Ingebrigtsen ran a much more steady paced race and was rewarded with a phenomenally fast time of 3:28.68.

Ingebrigtsen’s time eclipsed Mo Farah’s European record of 3:28.81 which was set in the same stadium seven years ago and the teenager moves to eighth on the world all-time list which is still headed by Hicham El Guerrouj’s world record of 3:26.00. 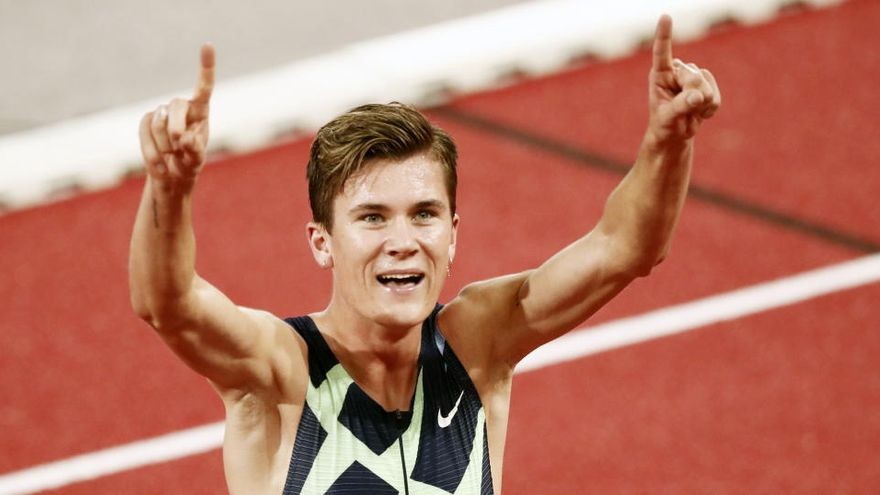 Ingebrigtsen was gearing up for not only his Olympic debut in Tokyo as well as the now-cancelled European Championships in Paris where more continental honors must have surely beckoned. Despite the decimation of the summer calendar due to the coronavirus pandemic, motivation has by no means been lacking for the ebullient and popular Norwegian.

“This year I have been doing every session, I never skipped a single one because I was very motivated after Doha. That's why I can run this fast. It's unbelievable to run this fast in one race. It's one shot, one chance,” he said.

The Stade Louis II Stadium is the foremost venue for middle distance runners searching for fast times. Behind Ingebrigtsen, Wightman moved to fourth on the European all-time list - ahead of both Sebastian Coe (3:29.77) and Steve Cram (3:29.67) among others - with a marvelous lifetime best of 3:29.47.

Filip Ingebrigtsen, who had to concede the family record of 3:30.01 to Jakob tonight, almost matched his lifetime best with 3:30.35 in fourth. Reigning European indoor champion Marcin Lewandowski from Poland was seventh in 3:33.99.