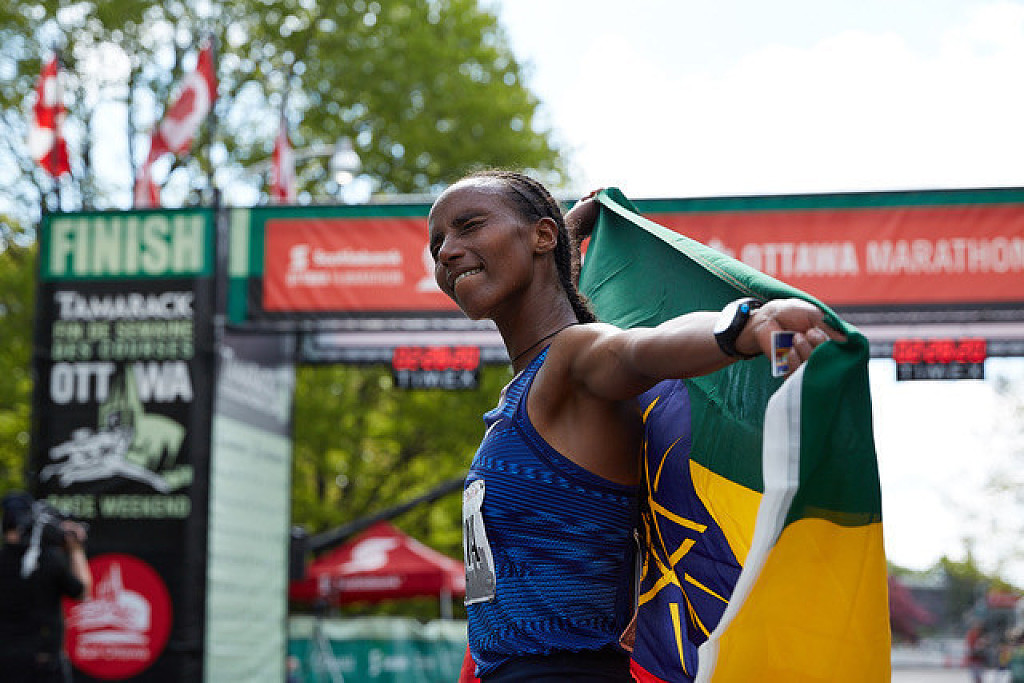 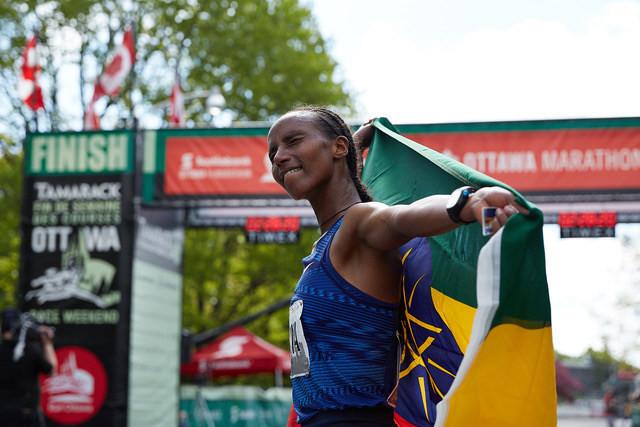 Ethiopian Tigist Girma is going after the Toronto Marathon title

Tigist Girma’s best marathon time may not have caught up with her impressive competitive record but the Ethiopian is quickly establishing herself as a world-class athlete to be feared. When she lines up for the Scotiabank Toronto Waterfront Marathon on October 20, however, it will be a reality check of epic proportions.

Among the athletes she will face at this IAAF Gold Label road race are her countrywomen Bruktayit Degefa and Belaynesh Oljira who have run much, much faster times. Oljira, for instance, has a best of 2:21:53, almost five full minutes faster than Girma’s PB of 2:26:34 which she set in winning the Scotiabank Ottawa Marathon in May. However, the 26-year-old Girma remains undaunted.

“Whenever I train for a specific competition, I have the goal to win as well as to run as fast as my training partners like Roza Dereje and Ruti Aga,” she says when asked what her target might be for Toronto. “So, I will try to run fast and win the race as well.” 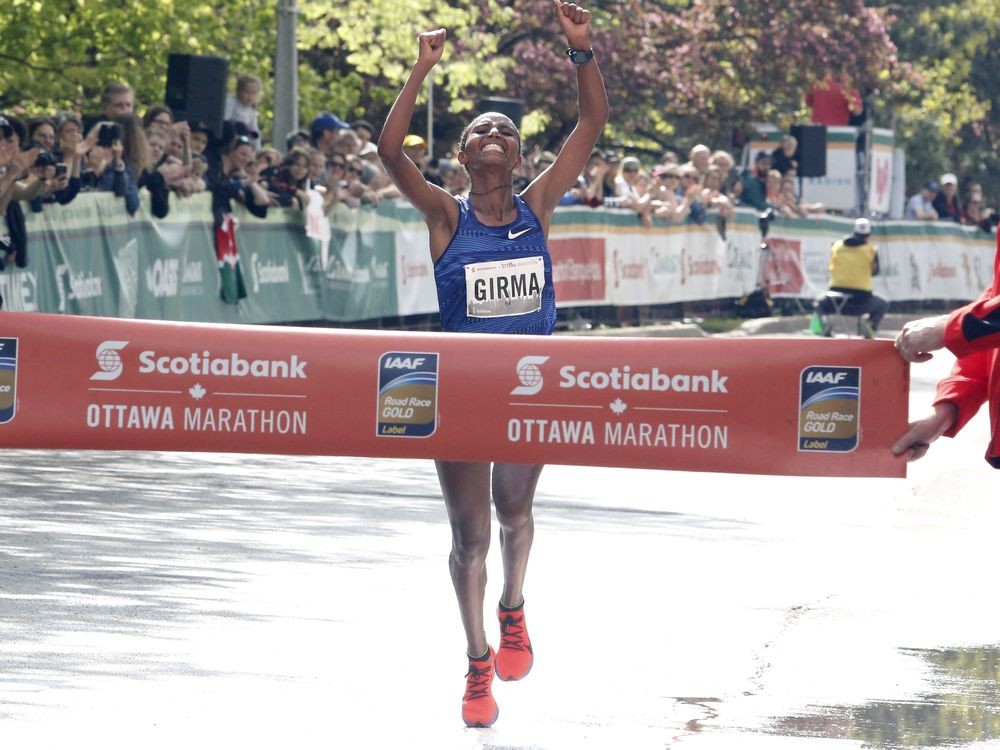 Her resolve to match times recorded by members of her training group is decidedly ambitious. Dereje has a best of 2:19:17 while Ruti Aga has run 2:18:34. But it is the way Girma wins that is compelling. In each of her victories she has gone to the front with more than 12-15km remaining and simply run away from athletes, many of whom have superior personal bests.

“My coach (Haji Adilo) always trains us to run following our heart and condition. So, I am not afraid of running in front,” she explains. “My victory in both races (Guangzhou and Ottawa) with new personal bests was not only because of my strength but it was also with God’s support.

“According to my condition during the race I could have run better. But I won’t complain with the results I got in both races.”

The question of whether she can outwit and outrun her compatriots remains to be seen but there is much on the line. Toronto has seen the breakthrough of many international athletes. Past winners Sharon Cherop (Kenya) and Shure Demise (Ethiopian) went on to compete in the prestigious World Marathon Majors with Cherop finishing third in Boston in 2011, six months after her Toronto victory and was Boston champion in 2012. Demise went on to finish on the podium at both Tokyo and Chicago. 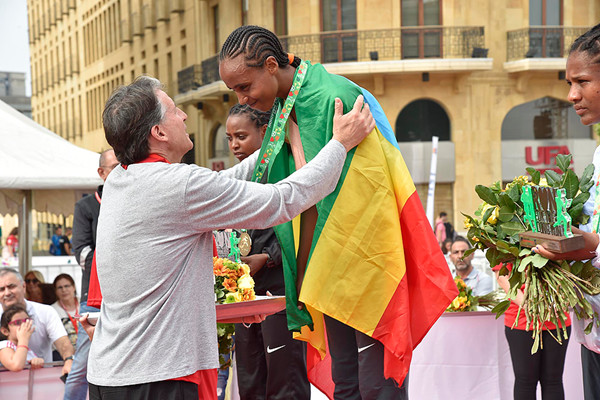 Girma first emerged on the scene with a victory in the 2016 Beirut Marathon where she ran a then personal best of 2:32:44. That was on a day when the temperature at the start was 21C. More recently she won the 2018 Guangzhou and 2019 Ottawa Marathons - both IAAF Gold Label races.

It is hard to believe that she has accomplished so much considering this is just her fourth season of competition. Moreover, coach Haji has reigned in her willingness to run three marathons in a year. Toronto Waterfront will be only her second marathon of 2019. She seems pleased with her training since Ottawa.

“I train four days a week with the team with coach Haji. Right now, I am doing all the training program my coach gave me and I run 170km each week,” she reveals.

Some of Haji’s favourite sites are well outside of Addis, the capital. This is because Addis traffic is notoriously heavy and not conducive to training. Haile Gebrselassie, for example, ran on a treadmill each afternoon in the basement gym in his office building.

“Since the training sites are quite far and it’s long drive there my boyfriend drives me up and down,” Girma says.

The unpredictable weather coming off Lake Ontario in late October should not be a problem for her. Two of her victories were in heat and humidity while in Guangzhou it was cold and raining.

“I think (Toronto) is good timing for me,” she confirms. “Since it’s now winter-time here in Ethiopia I have been training in rain and very cold weather conditions. I don't think cold weather will be problem for my result.”