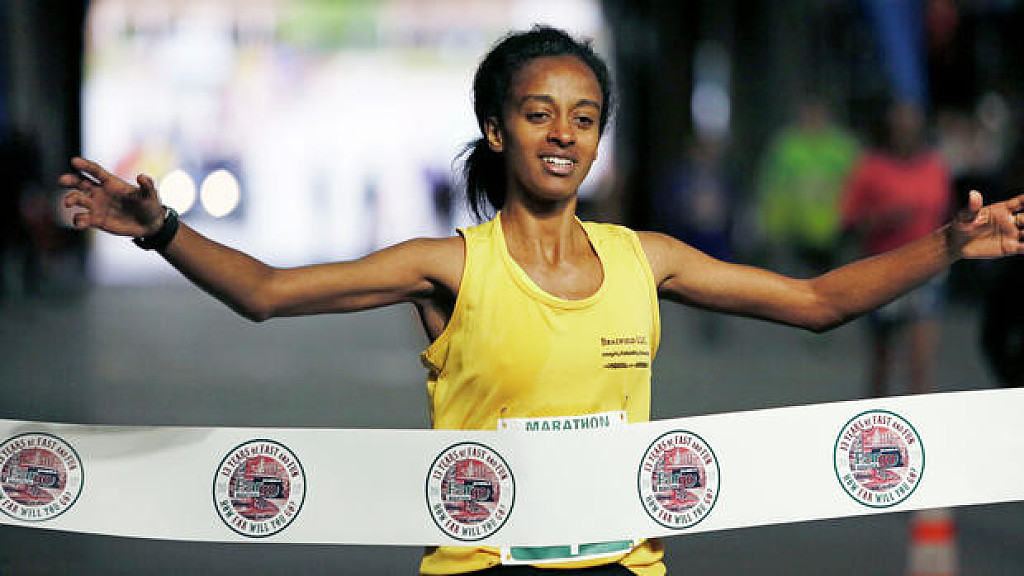 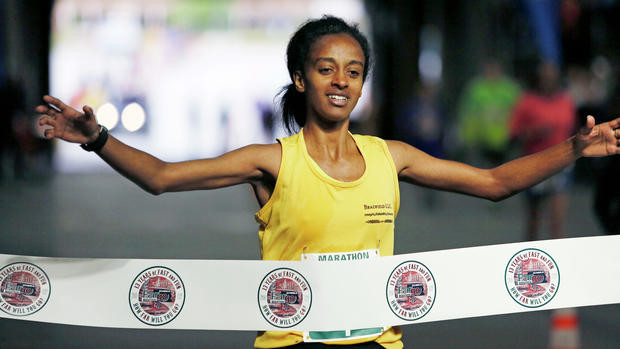 There's something about the Sanford Fargo Marathon that brings out the best in Semehar Tesfaye. She's hoping her third time in the event on Saturday will be another charm. The two-time defending champion and Fargo South graduate, currently living and training in Boston, is hoping health and training issues in the past year are permanently in the rear-view mirror. Since winning the Fargo race last year, she dealt with low iron levels in her body and a job that made training and racing tough. A better diet and iron supplement addressed that issue. And she took a new position in March with an insurance firm that has made her schedule easier to deal with. It's allowed her to get her mileage up to around 90 miles per week. "The Fargo Marathon is the race that motivated me to continue running when times were harder, when I was not healthy," Tesfaye said. She won in 2016, her first-ever marathon, clocking 2:37:27.  She won last year in 2:38.09. She was rarely challenged in both races. (05/15/2018) ⚡AMP