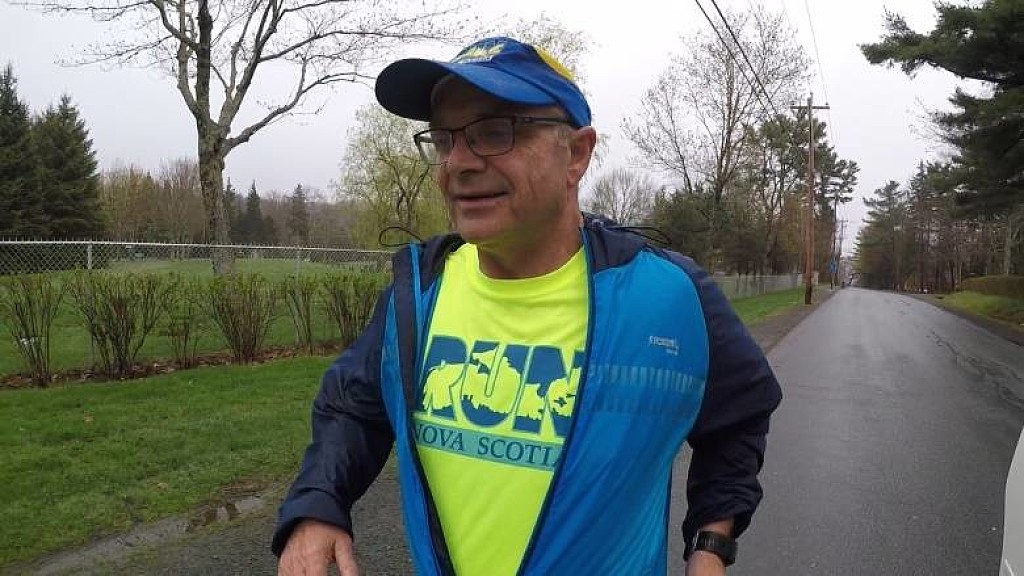 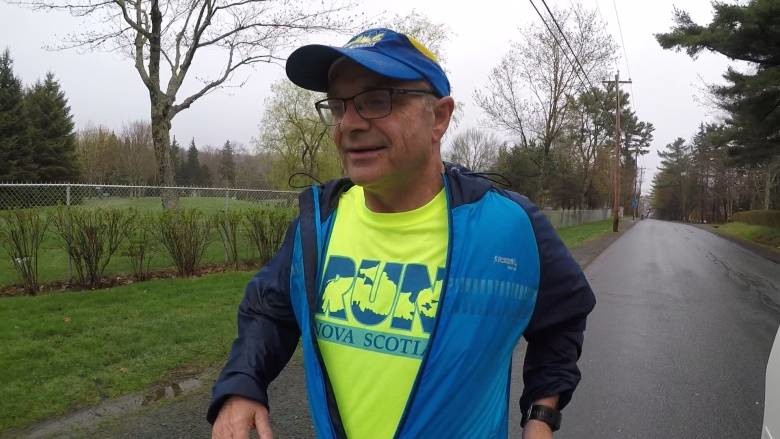 Dan Buckle traded his smoking addiction to being addicted to running

A dozen years ago, Dan Buckle was a middle-aged man who smoked a pack of cigarettes a day for more than 30 years. It was a bad habit he picked up as a teenager growing up in Newfoundland and Labrador. Now living in Middle Sackville, N.S., he's traded that addiction for another one — running. Buckle and his wife bought a treadmill for Christmas in 2006. But it wasn't long before Dan was hitting the road. He had no idea it would lead to the Scotiabank Blue Nose Marathon. "A friend of mine was doing the 10K in the Blue Nose that year and she said, 'Why don't you come down to the Running Room?'," says Buckle. "So I went down and from that one day I've been hooked ever since." When he turned 50, Buckle decided he would run 50 kilometers at the Blue Nose to match his age. Since then he's matched that feat and added one kilometre each year. At this Sunday's Blue Nose event, he will run 58 kilometres to match his age of 58. A regulation marathon is 42.2 kilometres. He is planning to run 16 kilometres prior to the start of the race. He intends to arrive at the marathon start line just as the marathon is about to begin. (05/16/2018) ⚡AMP