Course Records were broken in Lisbon on Sunday

Perfect weather conditions resulted in three course records from the two IAAF Label road races in the Portuguese capital on Sunday with Andualem Shiferaw winning the EDP Lisbon Marathon in 2:06:00 while Titus Ekiru and Peres Jepchirchir won the Luso Lisbon Half Marathon in 1:00:10 and 1:06:54 respectively.

It was only in the last two kilometers that Shiferaw and Wanjiku, the 2014 winner and former course record-holder, made a break. With a strong sprint, Shiferaw managed to edge ahead of Wanjiku to win in 2:06.00, taking 94 seconds off the course record and more than two minutes from his PB. 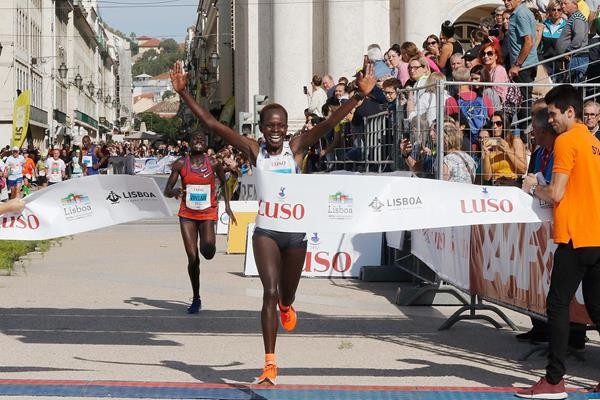 “I didn’t expect or plan to win today, especially after the rain fall on Saturday – that worried me,” said Shiferaw. “But today I felt very good and after the half-way point I felt I could contend for the win. The personal best is a bonus.” 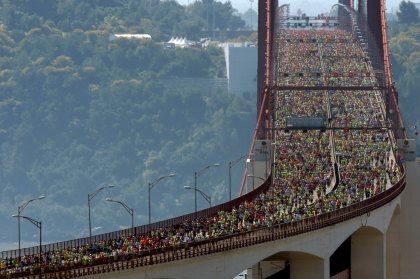 Wanjiku finished just one second behind Shiferaw and was extremely happy with his personal best, while Chelmany finished third in 2:06:22, also a PB. Kiptum (2:06:32) and Nebebew (2:06:49) also finished inside 2:07 with PB performances and were well inside the previous course record of 2:07:34.

In the women’s race, Ethiopia’s Sechale Dalasa win in 2:29:51, a few minutes outside her PB but enough to finish six seconds ahead of Kenya’s Helen Jepkurgat. Ethiopia’s Sule Utura was third (2:32:16).

Two more records came in the half marathon, held in a different part of the city.

Kenya’s Peres Jepchirchir and Vivian Kiplagat were involved in a great sprint to the finish line in the women’s race. Jepchirchir, the 2016 world half marathon champion, got there first in 1:06.54, taking 24 seconds off the course record set last year.

“This was a good day,” said Jepchirchir. “I expected to produce a good time, and I’m happy with this win.”

Kiplagat finished just one second adrift in 1:06:55 with Dorcas Kimeli further back in third, clocking 1:07:43. Yebrgual Melese, who held the course record up until today, was fourth in 1:09:02. Catarina Ribeiro was the first Portuguese athlete to finish, placing seventh in 1:11:36, just outside her PB.

Kenya’s Titus Ekiru ran alone for the final few kilometers of the men’s race and took one second off the course record to win in 1:00:12.

“I intended to run faster, but without more opposition it was impossible,” said Ekiru after taking 50 seconds off his PB. “Of course I’m happy with this spectacular race, with my win and the good weather.” 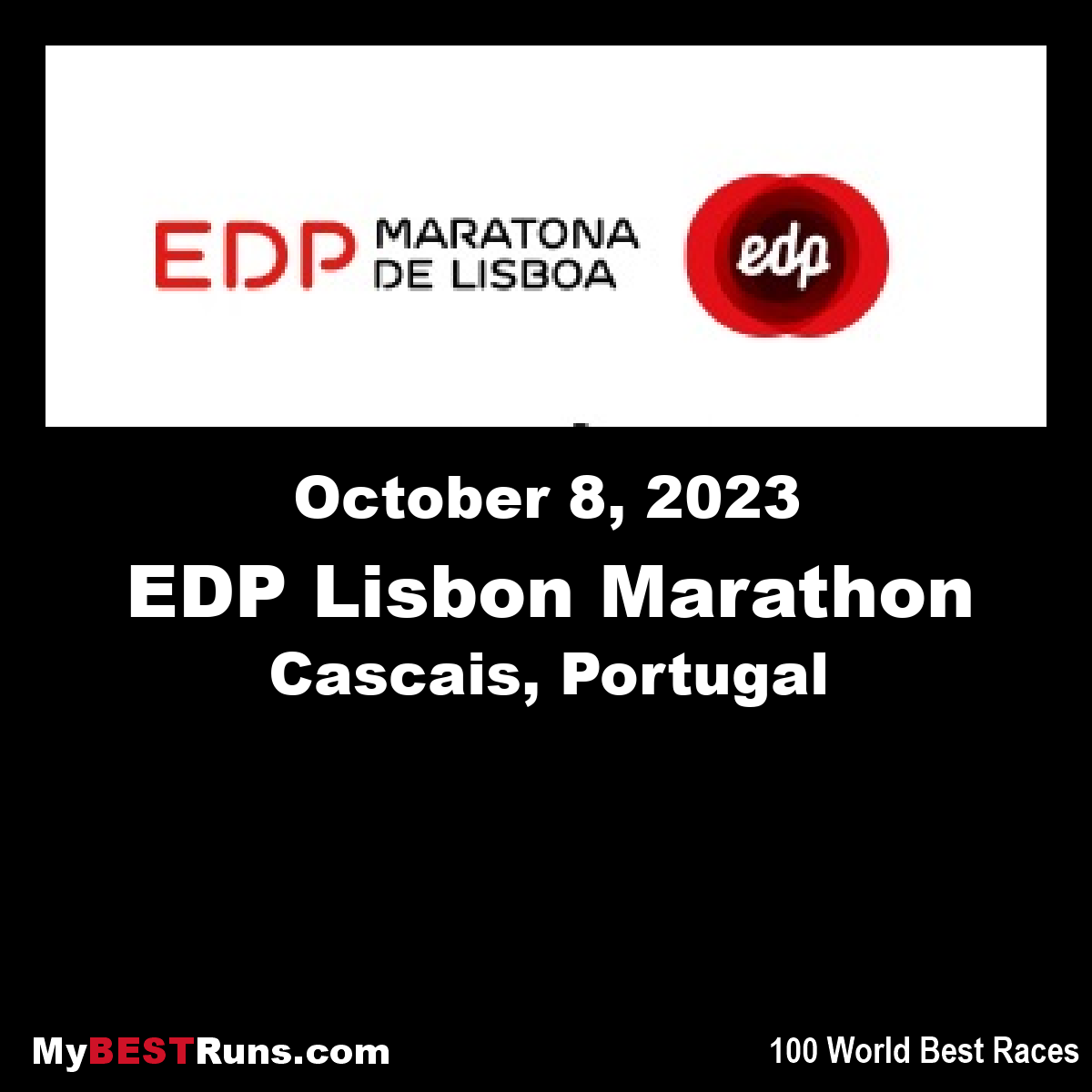 In its 7th edition, the EDP Lisbon Marathon is already considered as one of the most beautiful races in the world and acclaimed by international media such as the Forbes Magazine, the Huffington Post and American Express. Starting in Cascais and finishing at Praça do Comércio, the EDP Marathon course is 100% sea and river side, providing to the runners...