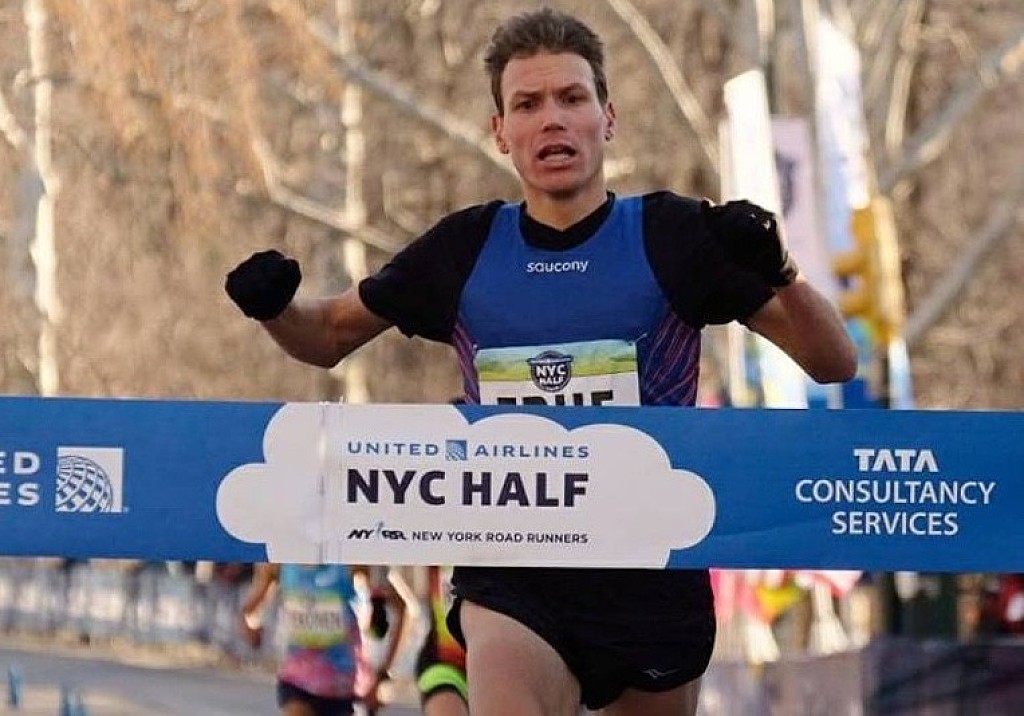 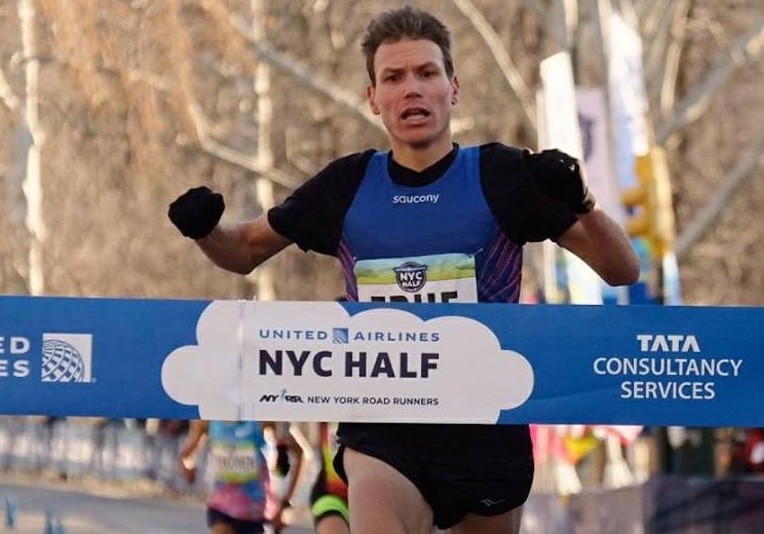 True said after the race that he questioned whether he could hang with Ritzenhein after the 35-year-old made his move. It wasn’t until the last mile of the race when True, 32, felt confident that he could prevail.

“When Dathan pulled away, probably around mile 10, I wasn’t quite sure I was going to be able to reel him back in,” True said.

“And even when I started reeling him back in, I didn’t know if I was then going to be able to get around him. It really wasn’t until the very end that I was like, ‘All right, I can get this.’”

The real challenge of the day was the weather, 29 degrees and headwinds up to 14mph. The women’s race was also a sprint to the finish. Ethiopian Buze Diriba (1:12:23) out kicking America’s Emily Sisson by just one second.