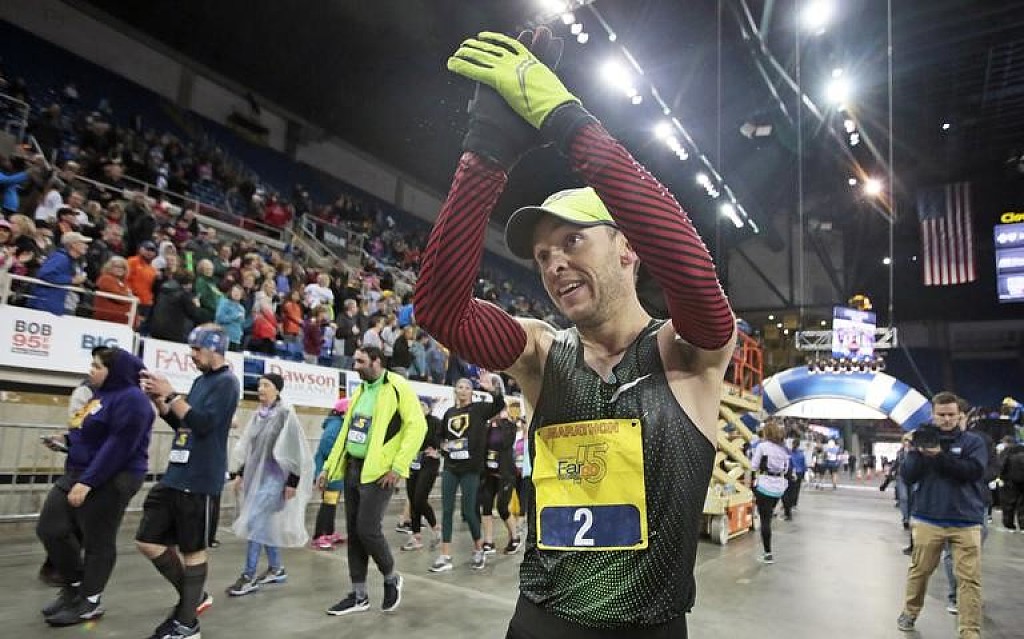 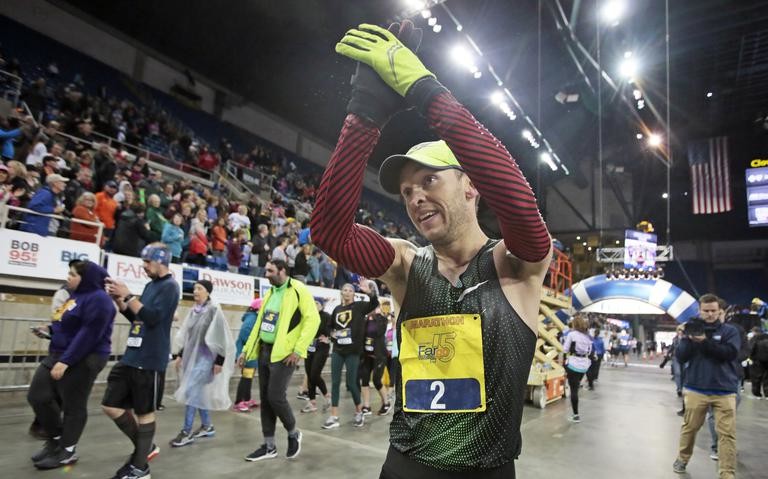 After grabbing the lead at about Mile 20, Arturs Bareikis spent the final six miles in the Sanford Fargo Marathon on Saturday constantly looking over his shoulder. There was noone there.

The 32-year-old from Midlothian, Ill., made his third trip to Fargo winning the 15th annual event in 2 hours, 27 minutes, 14 seconds. He placed second in 2014? He was on a mission not to let that happen again.

“I came here to do one thing,” Bareikis said. 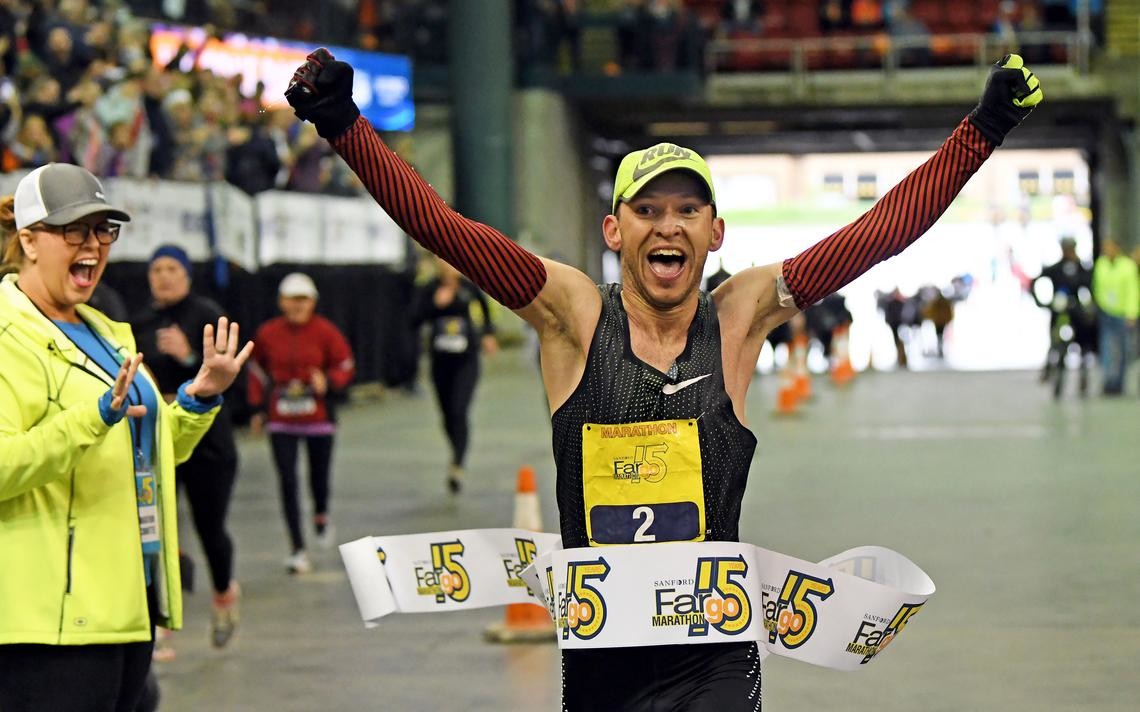 Winning was the only goal. He didn’t wear a watch and therefore wasn’t paying attention to mile splits. It was all about racing with a pack of four from the outset that consisted of defending champion Geofrey Terer, Anthony Kirui of Minneapolis and Garang Madut from Lebanon, Tenn.

Terer and Kirui split from the other two after a few miles. In an oddity, Terer had the solo lead around Mile 9 where he had to stop to tie his shoe. That appeared to solidify the pack again until Bareikis made his break at Mile 20.

“I knew that was going to cost him and he wasn’t going to be able to make that last move,” Bareikis said of Terer having to stop. “I always observe early in the race what people do and I was staying in the back. You only get one real move and I waited for mile 20 to make it. It wasn’t guaranteed but I knew (Friday) I was going to hit it at Mile 20.”

He knew Friday after studying the weather forecast. The race was was run in light rain and wind. Those elements, Bareikis said, played into his favor. 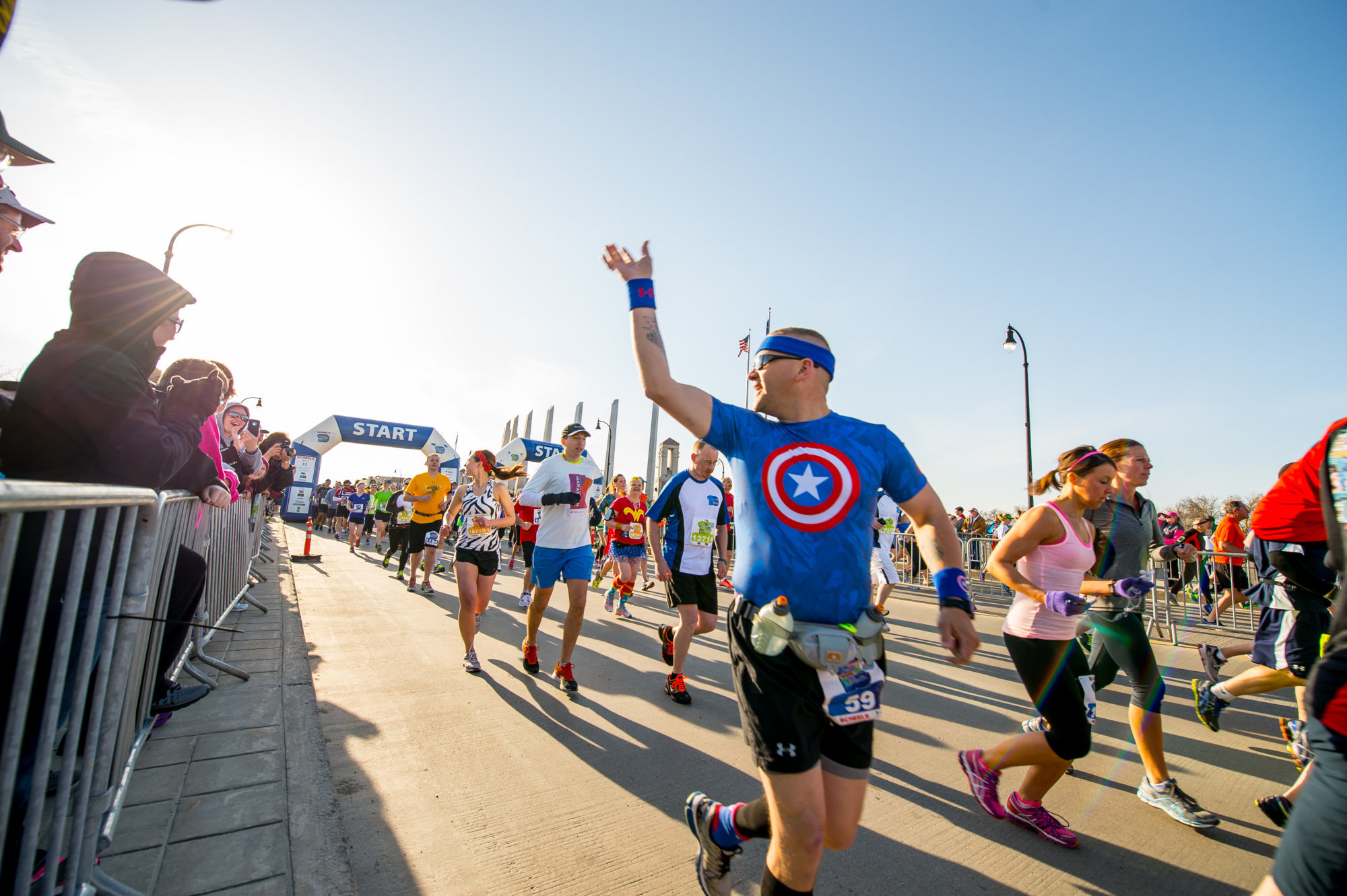 “Once you start feeling a cramp, it’s a little bit scary,” he said.  But it did not excalate and he went on to win.