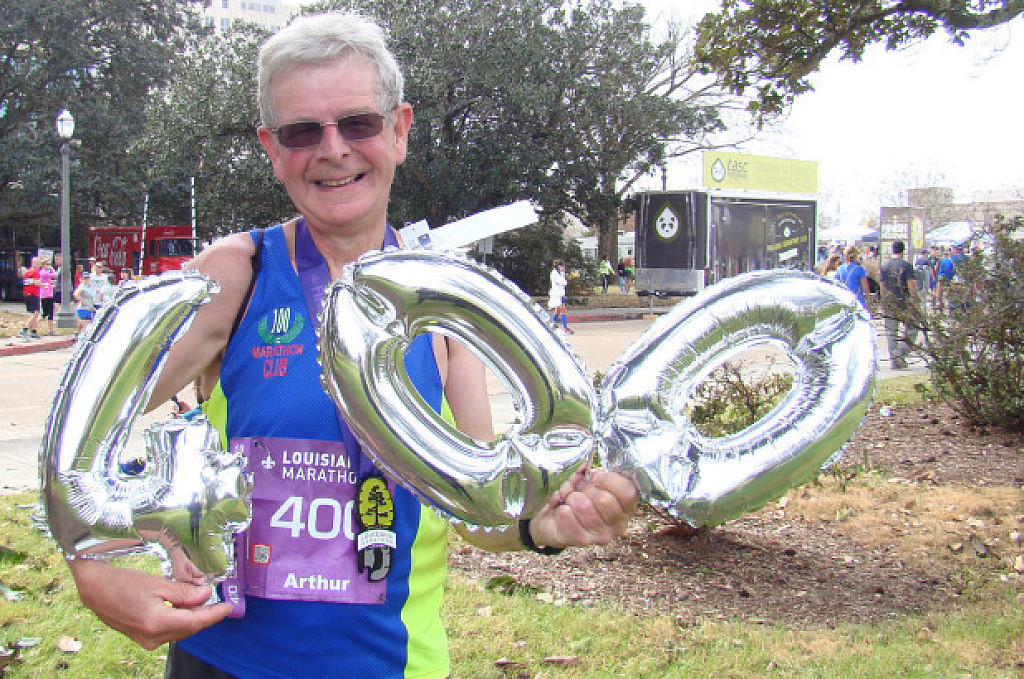 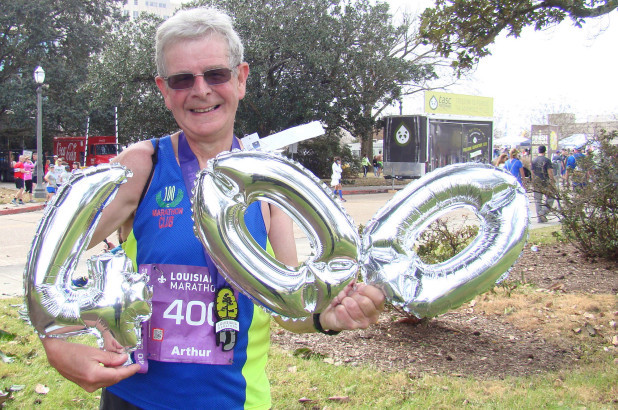 An elderly Brit has been dubbed the real-life Forrest Gump after running half-way around the world over the past two decades. Arthur Brooks, 66, has finished 571 ultra, full and half marathons in a record of over 13,600 miles in total. The retired chartered surveyor said his running habit started after he made a promise at a party 25 years ago. The Hertfordshire, UK man was celebrating for his friends who had done a half marathon in Cambridge in 1991 when he got asked to join the next year.  And that’s how he started his first marathon. “I struggled, but it was a nice atmosphere, everyone was encouraging and when I’d finished, I’d done something I had never thought I would,” he said. Twenty-five years past, Brooks had run past snakes and been escorted by rangers with guns, looking out for polar bears. He had also won everything – from a sack of potatoes to a cowbell – for his efforts. The 66-year-old is now spending nearly four to five hours on a daily run. His personal marathon record in three hours and 12 minutes. “I run almost every weekend, which some think is insane and when you find something you love, you keep doing it,” the 66-year-old said. (09/22/2018) ⚡AMP