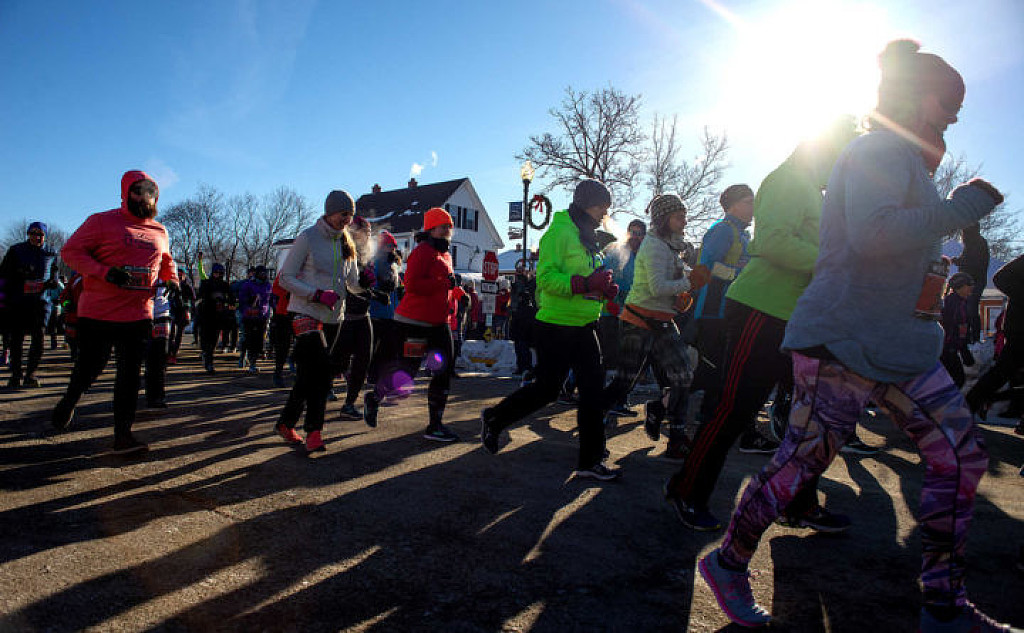 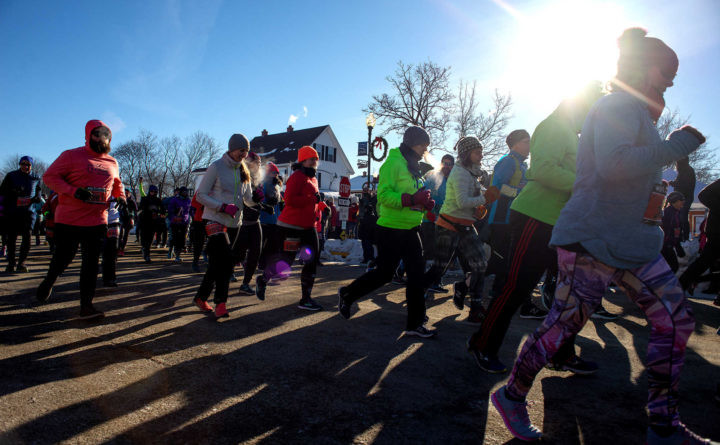 Two Bangor, Maine residents, Gabe Coffey and Flori Davis, won the accompanying Millinocket Half-Marathon. Both races were held simultaneously amid temperatures in the low 20s and a light, chilling breeze.

Schroeder, whose wife Angela is a Millinocket, Maine native, was the overall marathon champion with a time of 2 hours, 53 minutes and 23 seconds.

He ran among the leaders throughout the first of two 13.1-mile laps that made up the marathon route, which began and concluded in downtown Millinocket.

The 39-year-old Schroeder then took control during the second lap and finished nearly six minutes ahead of his closest rival, Iain Ridgway of Worcester, Massachusetts. Ridgway was the only other runner to finish in less than three hours with his time of 2:59.13. 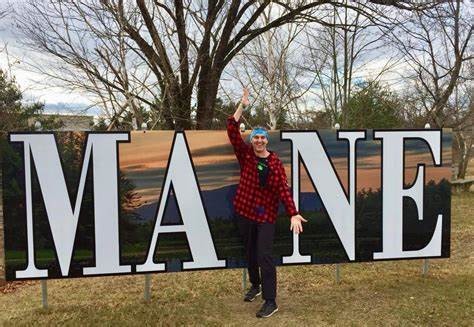 Buster Brown of Lamoine was the top Maine finisher in the marathon, placing third in 3:07:09.

Mulcahy, the only runner to complete all five Millinocket Marathons, used this race as an early training run for the 2020 U.S. Olympic Marathon Trials and won the women’s division for the fourth time with a clocking of 3:08:38. That effort was good for fourth place overall.

Mulcahy will compete in the Olympic Trials next Feb. 29 in Atlanta. She qualified during the 2018 California International Marathon with a time of 2:44:28. Six days later she won the women’s division of last year’s Millinocket Marathon.

“This was a training run for me so I didn’t push anything,” said the 34-year-old Mulcahy, who along with other runners dealt with tricky traction along some portions of the course Saturday due to snow that fell earlier in the week. “There’s no risking injury before February.”

Laura Richard of Fredericton, New Brunswick, was the second-fastest woman in the marathon field and 11th overall in 3:32.49. Jennifer Schott of Nashville, Tennessee, was next, placing 19th overall in 3:46.47.

Coffey, a former Bangor High School distance running standout who now is competing as a freshman at Bates College in Lewiston, won the men’s half-marathon by more than two minutes with his time of 1:19:54.

“It’s the start of indoor track for me so I’m building up mileage,” said the 18-year-old Coffey. “I wouldn’t say I’m in the best shape but I’m in good enough shape to come out here, give it a good run and have some fun.”

Davis, who gave birth to a child on June 18, was surprised with her victory in the women’s half-marathon but she won comfortably with a time of 1:30:32. That was good for 17th place overall.

“I had no idea what the course was like so I went into it completely blind,” said the 32-year-old Davis. “It was a little hillier than I expected and the first half was really hard and I haven’t trained at all through snow or ice so half the time I was just trying not to fall down.

“I was not expecting at all to win. I was just running it for fun.”

Sarah Russell of Cumberland was second in the women’s division in 1:33:19 while Kayla Morrison of Limington placed third in 1:34:25.

More than 2,300 runners pre-registered for the free-to-run races, which were created by entrepreneur and veteran distance runner Gary Allen of Cranberry Island in 2015 in an effort to support Millinocket’s economic rebound from the closing of the Great Northern Paper Co. mill.

“It’s a great race with a lot of support,” Schroeder said. “Everybody’s so positive, it was just a lot of fun. People were cheering the whole way.” 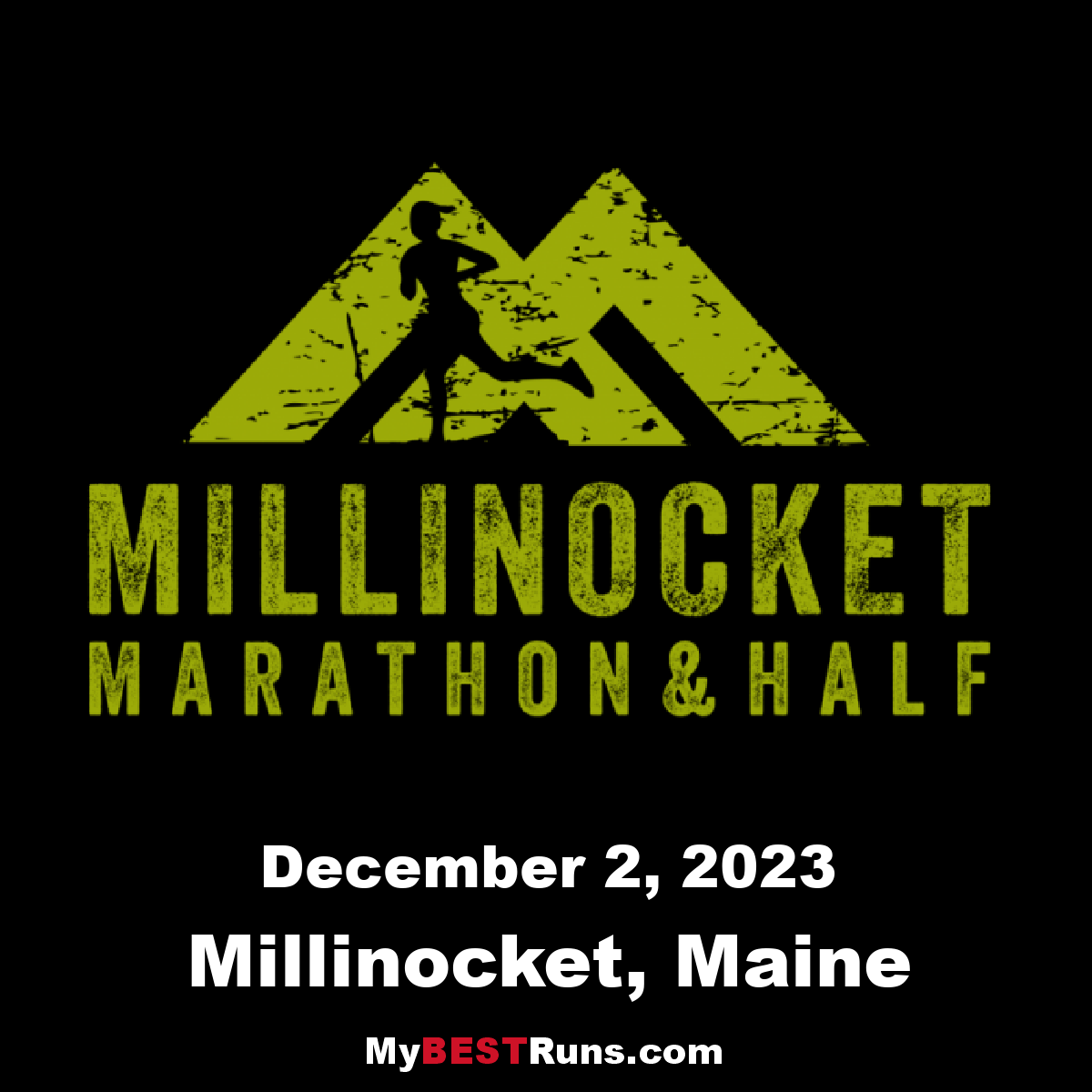 The Millinocket Marathon & Half has again joined forces with the Mount Desert Island Marathon, Half & Relay to create the Sea to Summit Maine Race Series, featuring two amazing events and a very special finishers medallion! This FREE event was started in 2015 to help a struggling Maine mill town that has been devastated by the closing of their...