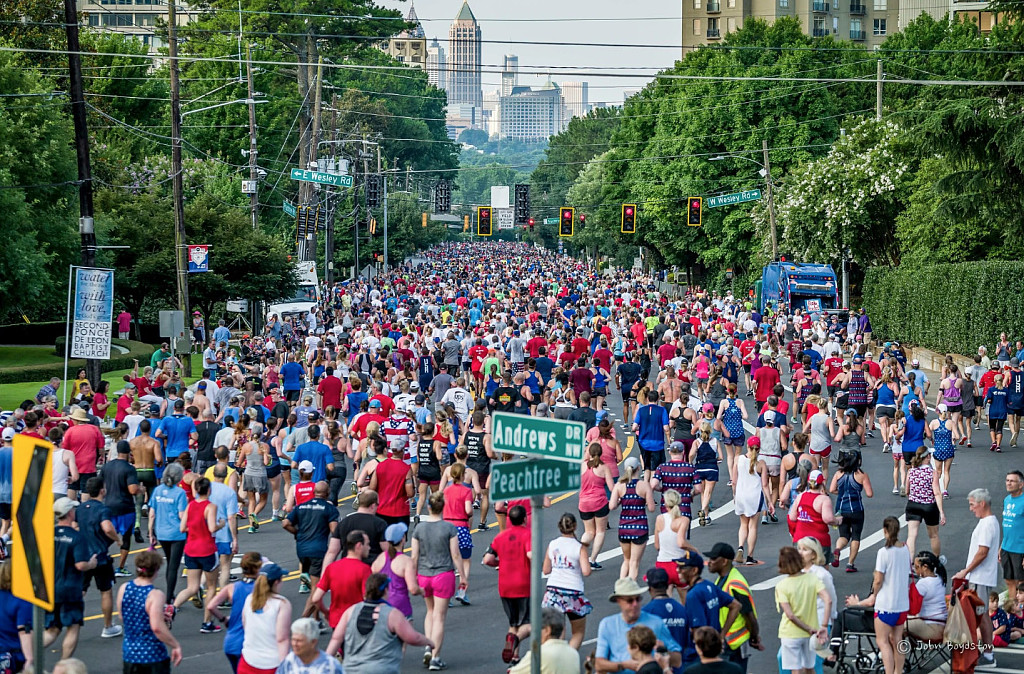 Thursday will be the 50th running of the Peachtree Road Race, a 10K that has become an Atlanta Fourth of July tradition. The idea for the race came in 1969 when Tim Singleton, then Georgia State University’s cross-country coach, and a few friends were driving back to Atlanta after running a Fourth of July race in Fort Benning, Ga. They thought, why not create one ourselves?

“July 4, 1970, was that first Peachtree with 110 finishers. We call those our original 110,” said Rich Kenah, executive director of the Atlanta Track Club, and Peachtree’s race director. (Singleton died in 2013.) 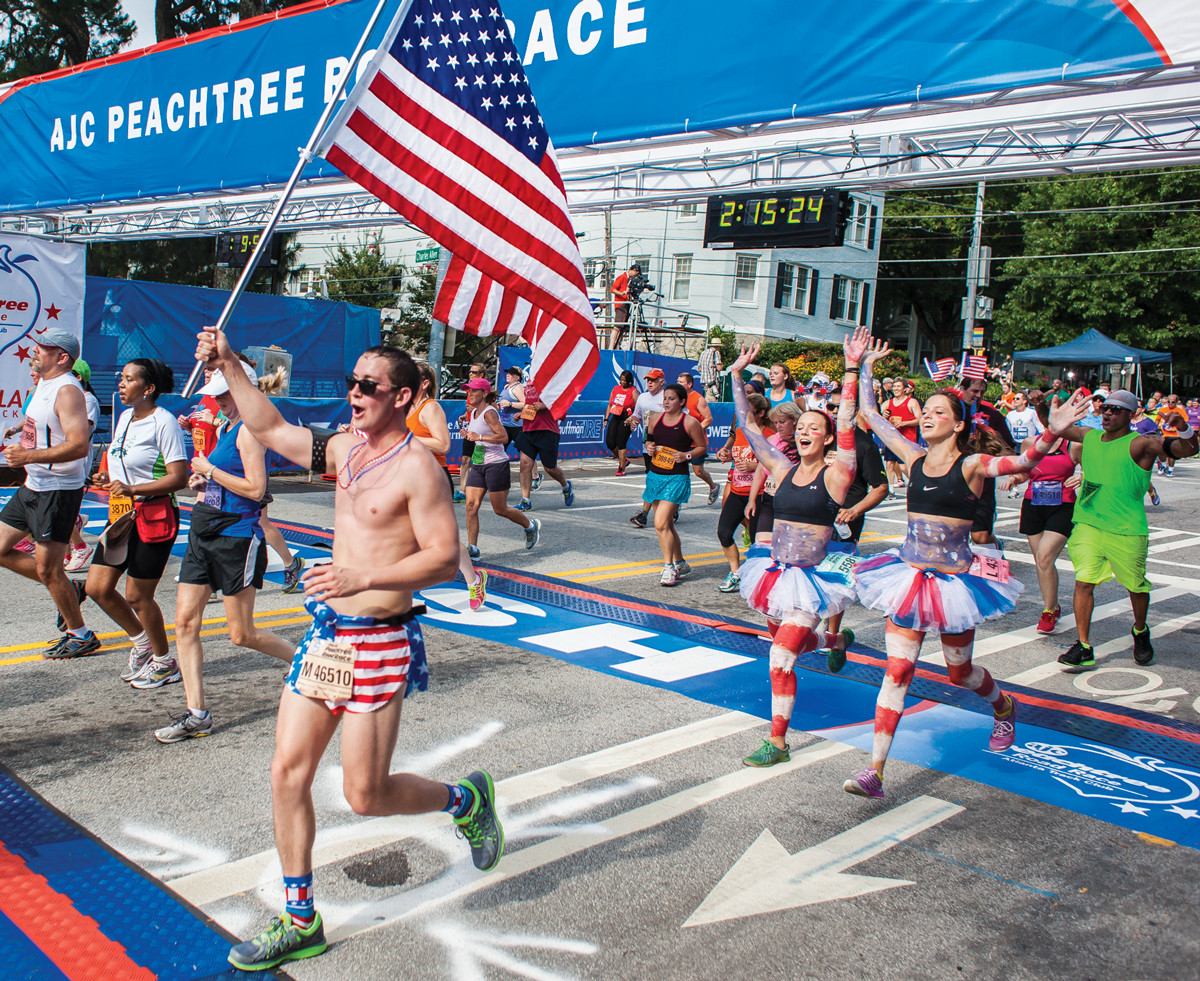 Now the event is the largest race in the country, with 54,570 finishers in 2018, and Kenah expects the number to be closer to 60,000 this year. (For comparison, the New York City Marathon had 52,813 finishers last year.) It’s a draw for pros, too, with $200,000 in bonus prize money up for grabs. The race has also doubled as the U.S. 10K women’s championships three times, and the men’s 10K championships four times. It even has its own shoe.

But what about the heat?, I asked Kenah. 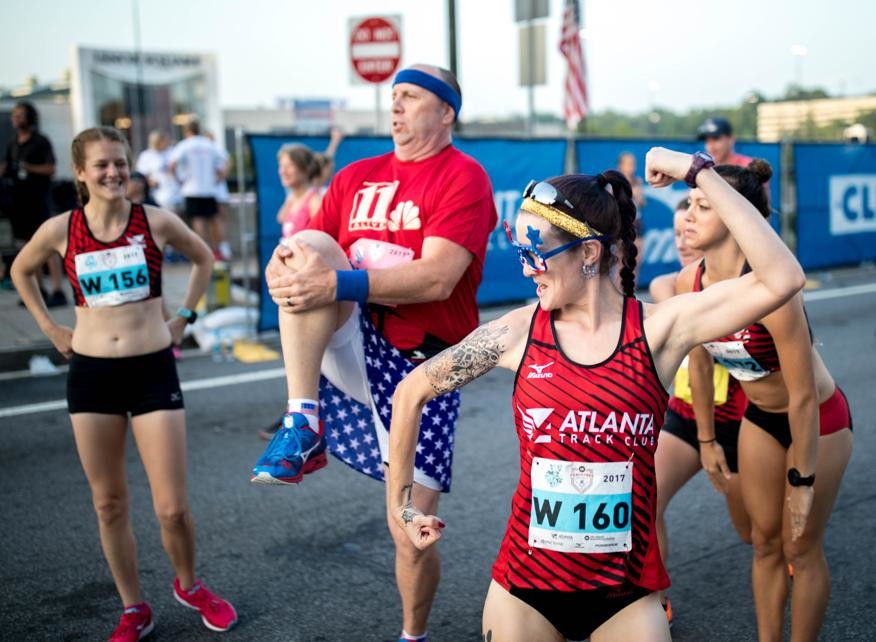 “If you live in the southeast, you’re accustomed to hot, humid conditions through the summer,” he said. “It is what in part keeps Peachtree special.”

If you’re thinking of hopping in this year — too late. The race is sold out. You either need to be a member of the Atlanta Track Club, or gain entry through a lottery to make it in for 2020.