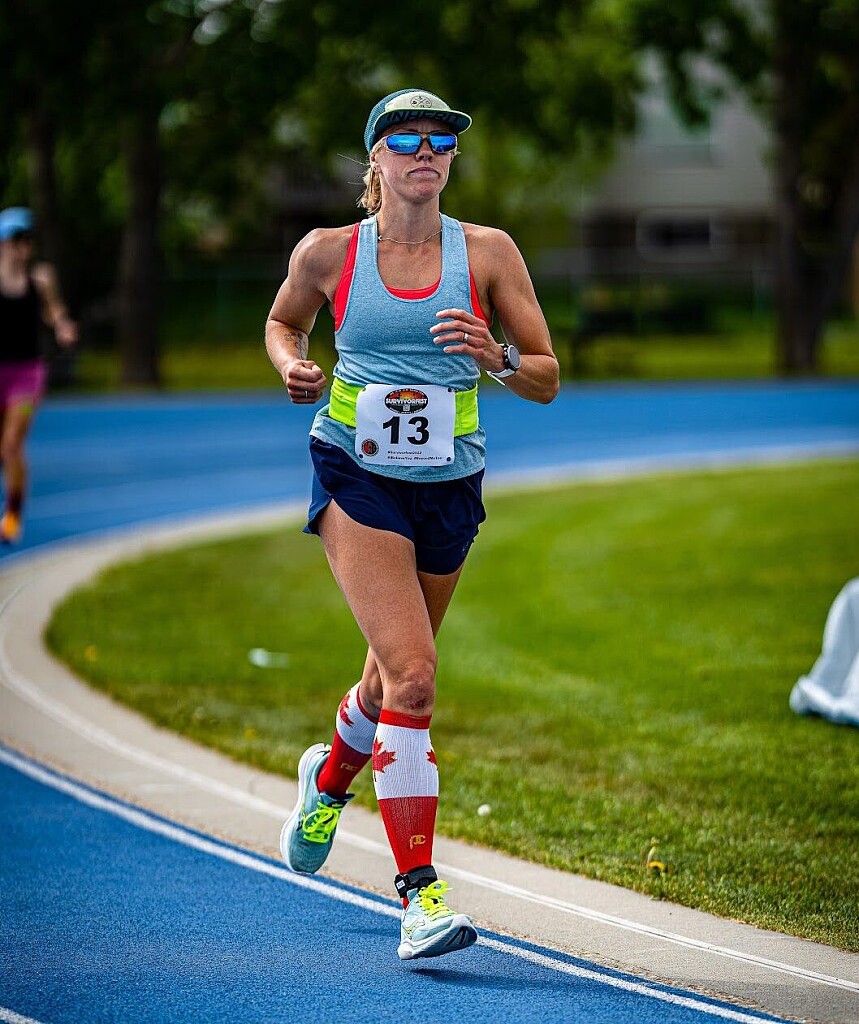 Amanda Nelson has only been running ultras since 2020, but has had incredible results

Nelson has a remarkable running resume for someone who has only been participating in the sport since 2020. In September, she secured the Canadian soil 24 hour record from previous owner Viktoria Brown with 227.33K at That Dam Hill Race in London, Ont., setting a course record and winning the race as well. 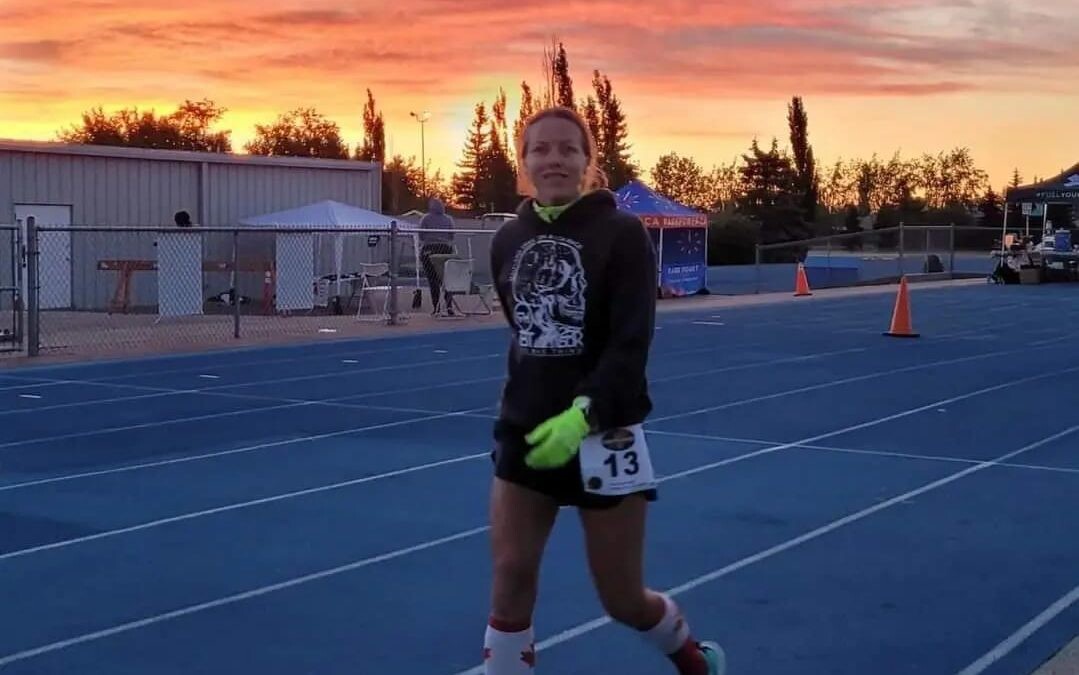 Heading into Survivorfest, Nelson, 33, had hopes of going after the 100-mile and 24-hour national records. Nelson and her crew, including husband Danny Nelson, flew in to Edmonton to prepare a few days in advance.

Three days out from the event, Nelson noticed her legs were very sore. “I noticed that evening that my quads were really hurting. I don’t know if it was from the flight or not but it definitely worried me. I went for a couple small runs in the days leading up to the race, and that made me feel even more worried because they weren’t feeling much better,” Nelson says. After doing some pre-race work on her legs with an ultrasound machine, Nelson started the race feeling slightly better.

“The heat was brutal!” Nelson reported in her post on Instagram. She kept her post-reward treat of seeing the Rocky Mountains for the first time in her life in mind, a dream she had had since childhood.

Brown congratulated Nelson on her new records. She added, “When I went after the 100-mile record last December, I had a strong feeling that it would be a question of “who gets there first” and I was very happy that I did. But I am also fully aware that both Amanda and Stephanie Simpson, who tried to break this record last year, are much faster runners than I am, and, in my opinion, they both can run a faster 100 miler than I can when the stars align–which they did for Amanda this time. Of course, I’m a bit sad that my record is broken, but that’s what records are for–they are meant to be broken.” 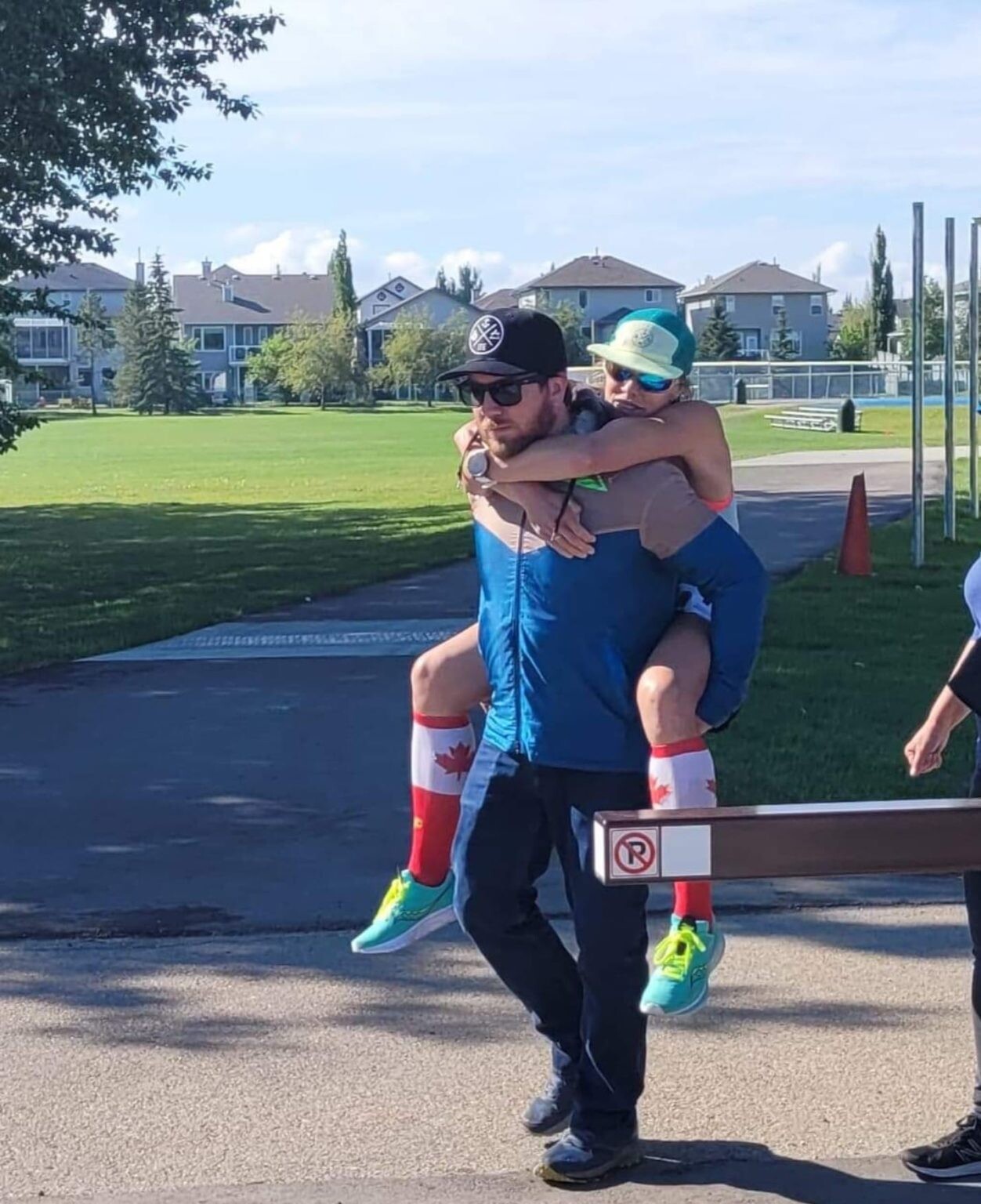 Nelson and Brown will compete with one another at Persistence Backyard Ultra in London, Ont. at the end of July. Brown says she looks forward to it: “I’m just extremely happy that the Canadian women’s ultrarunning field seems to be so strong, and I hope we can inspire and push each other to better and greater performances together. I will specifically need Amanda at the backyard race at the end of July to show a strong performance so we can both go further than ever before!”

With one record-setting performance after another, both Nelson and Brown are athletes to watch on the Canadian ultrarunning scene.