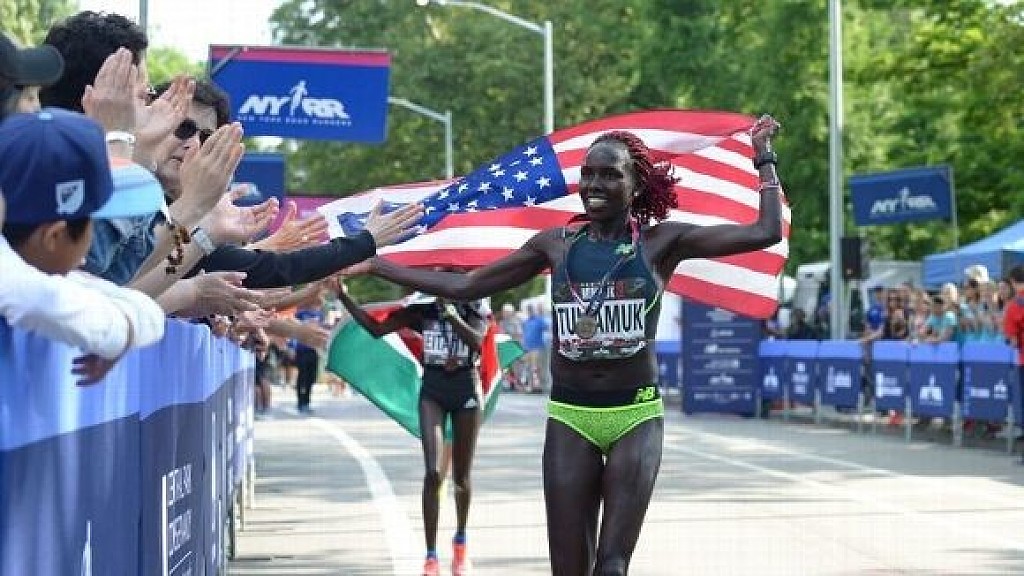 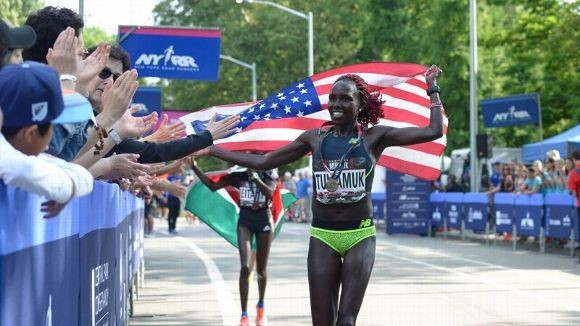 The AJC Peachtree Road Race  will again serve as the USATF 10 km Championship, Aliphine Tuliamuk (Flagstaff, AZ) tops a star-studded women’s elite field that will blaze the trail for 60,000 runners and walkers in the world’s largest 10K. Tuliamuk won last year’s race in convincing fashion and has dominated the U.S. road circuit in 2018, winning national titles in the half marathon and 15K. Most recently, she was the top American and finished second place overall in the NYRR New York Mini 10K in New York City. Despite all her success in the past year, she still considers the Peachtree a career-defining moment. “It’s one of the most memorable races I have ever run,” said Tuliamuk. “I would love to smile until my cheeks hurt and hold my flag until my arms can’t support it like last year.” A win for Tuliamuk will not come easy. 2017’s runner-up Sarah Pagano (Boston, MA) will return. Pagano recently unleashed a punishing kick to win the Freihofer’s Run for Women 5K in Albany, NY. Also in the women’s field is Sara Hall (Flagstaff, AZ), who last month recorded the ninth-fastest marathon time ever by an American woman at the Ottawa Marathon (2:26:20). Emma Bates (Boise, ID) who was second American at Bolder Boulder 10K (behind Tuliamuk) last month, London Marathon 10th place finisher Stephanie Bruce (Flagstaff, AZ) and Allie Kieffer (Buffalo, NY) who was the second American in the 2017 TCS New York City Marathon will all be making their debuts on Peachtree. (06/27/2018) ⚡AMP