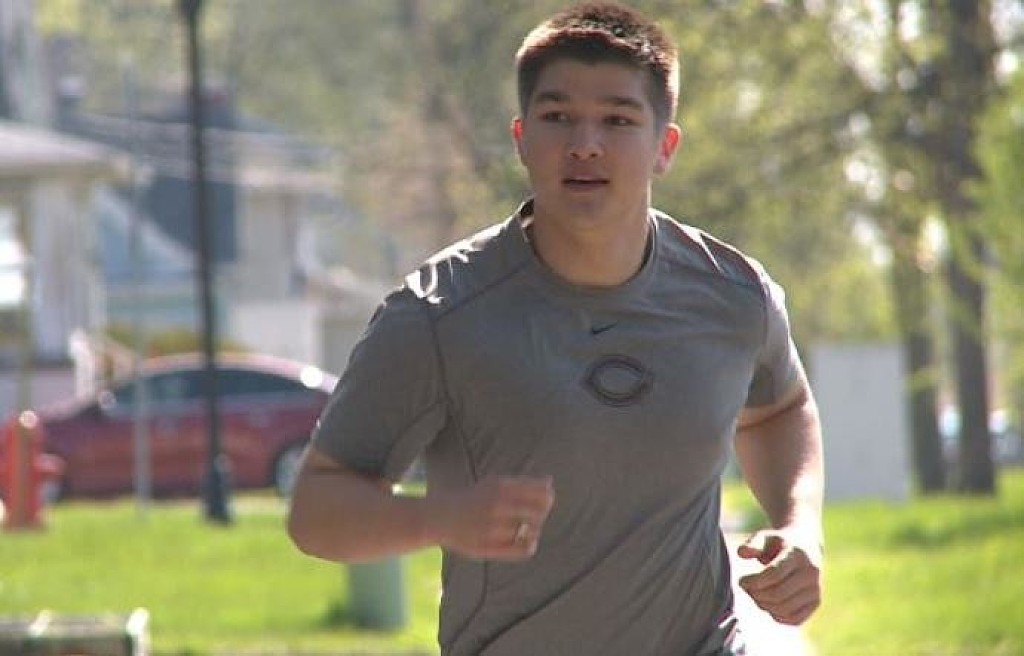 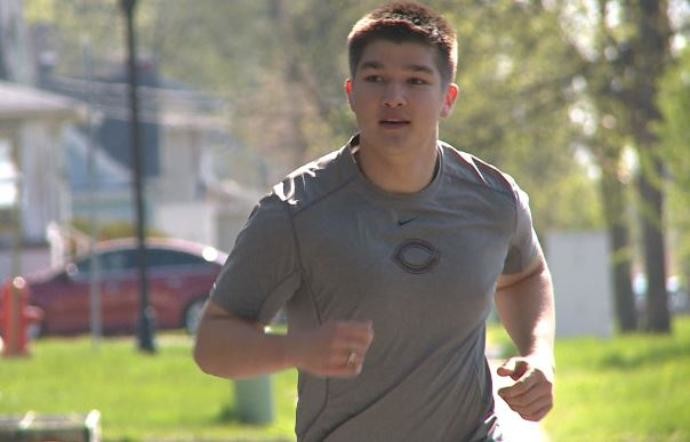 Alex Olson, 22-year-old will run the Fargo half maratón this weekend just one year after suffering a stroke

The experience of a lifetime came to Alex Olson last winter when he studied abroad for four months in beautiful Australia. However, it all came to a crashing halt last May when he was having trouble walking and talking, his balance was way off and his 'whole body felt tingly.'

"i just attempted to go to bed. I figured I would hopefully wake up in the morning and everything would be alright," Olson said. But his symptoms continued to grow worse as the night went on; Prompting Olson to ask friends to bring him to the ER the next morning. "By the time we got to the hospital, I wasn't able to walk into the ER on my own," Olson said.

When Olson finally did make his way inside, the Aussie doctors were thrown for a loop. "While it was obvious signs of typical stroke, we had all kind of unanimously agreed that that wouldn't make sense for a healthy, young, 21-year-old male," Olson said.

After hours of several tests and scans, the doctors finally came back with an answer: Olson had suffered a brain stem stroke. "When I heard the doctor say those words... It was difficult to handle and I cried," Olson said.

Although not confident, doctors told Olson he had a good shot of almost a full recovery—A silver lining in what Olson calls 'a dark time.' "But at the same time, when I couldn't move my arm or hand and could barely move my right leg, it was difficult to believe," he said. 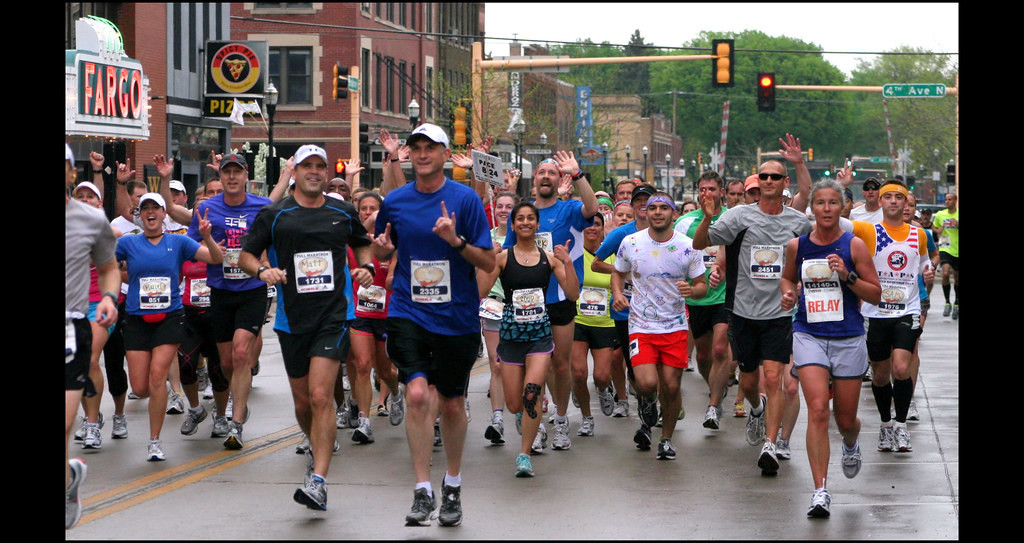 But that possibility of one day regaining his mobility and strength pushed Olson through as he spent over a month in the Aussie hospital working with physical therapists. "Right off the bat I think everything was challenging," Olson said.

Home videos show the progress Olson made while in the hospital. One shows multiple people around Olson as he attempts to walk down the halls in his first weeks. Another video shows Olson's struggle just to clench his hands into a fist, while others show his fight to bring a cup to his mouth.

His challenge continued when he returned to the states late last summer. "Most people post brain stem stroke, it's not uncommon that they're not going to be nearly as functional," Dan Johnson, owner of Total Balance Physical Therapy and Fitness said. 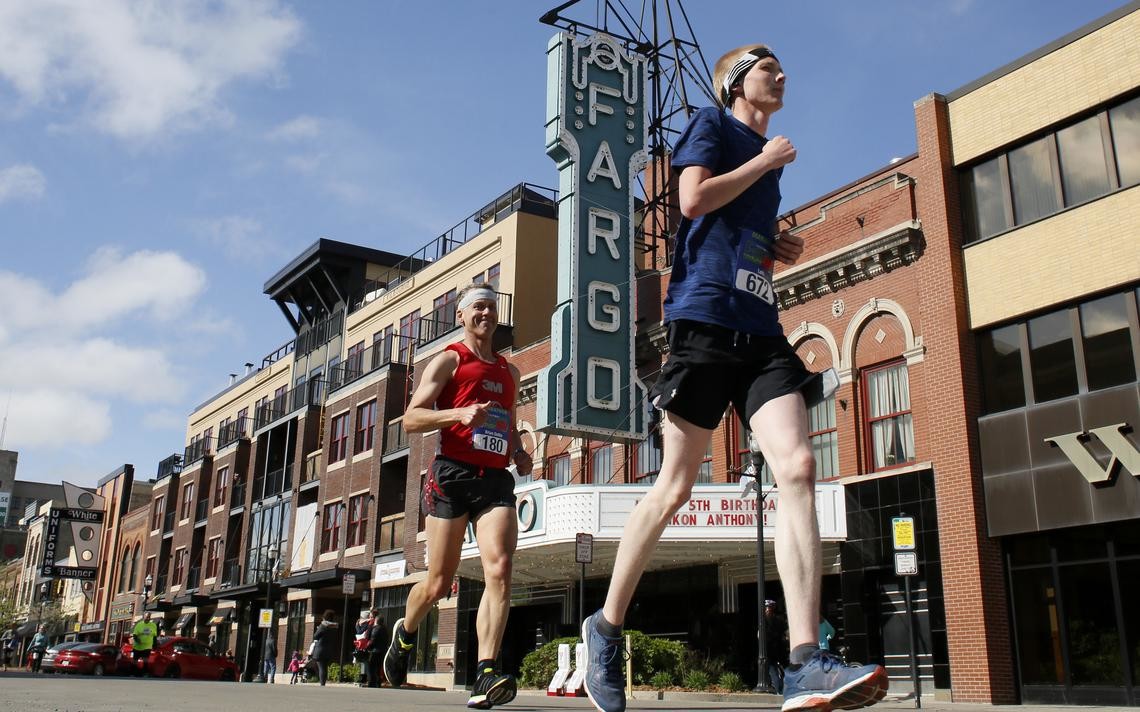 For the past nine months, Johnson has been Olson's champion. The pair work two to three times a week together, with Johnson pushing and encouraging Olson while they've focused on the weakness and stability in Olson's right side.

And in the recent months, Johnson has helped Olson tackle yet another challenge. It's a goal that started in Olson's hospital bed—Joking with friends that once he could walk again he’d run a marathon. "The fact that he's so young and he's able to come back! He's going to be running the marathon on Saturday, all of those things are just absolutely phenomenal and just a testament to him as a human being," Johnson said.

Olson’s race will come just two days after the one year anniversary of his stroke. "I'm very excited to have it sorta be a celebration and a marker of how this recovery has gone," Olson said.