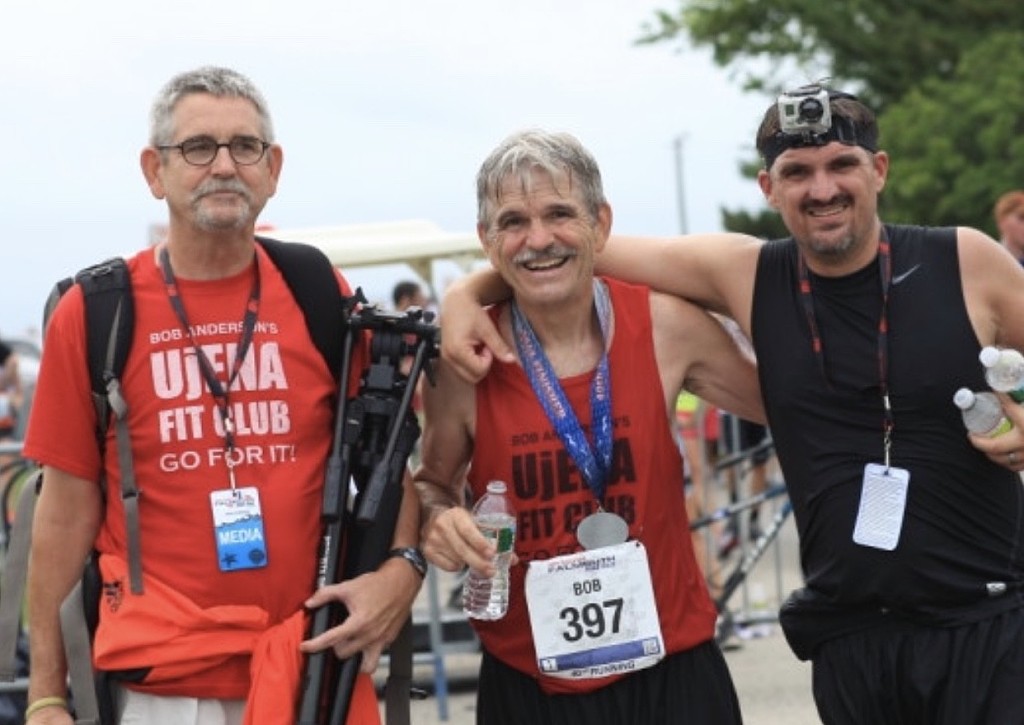 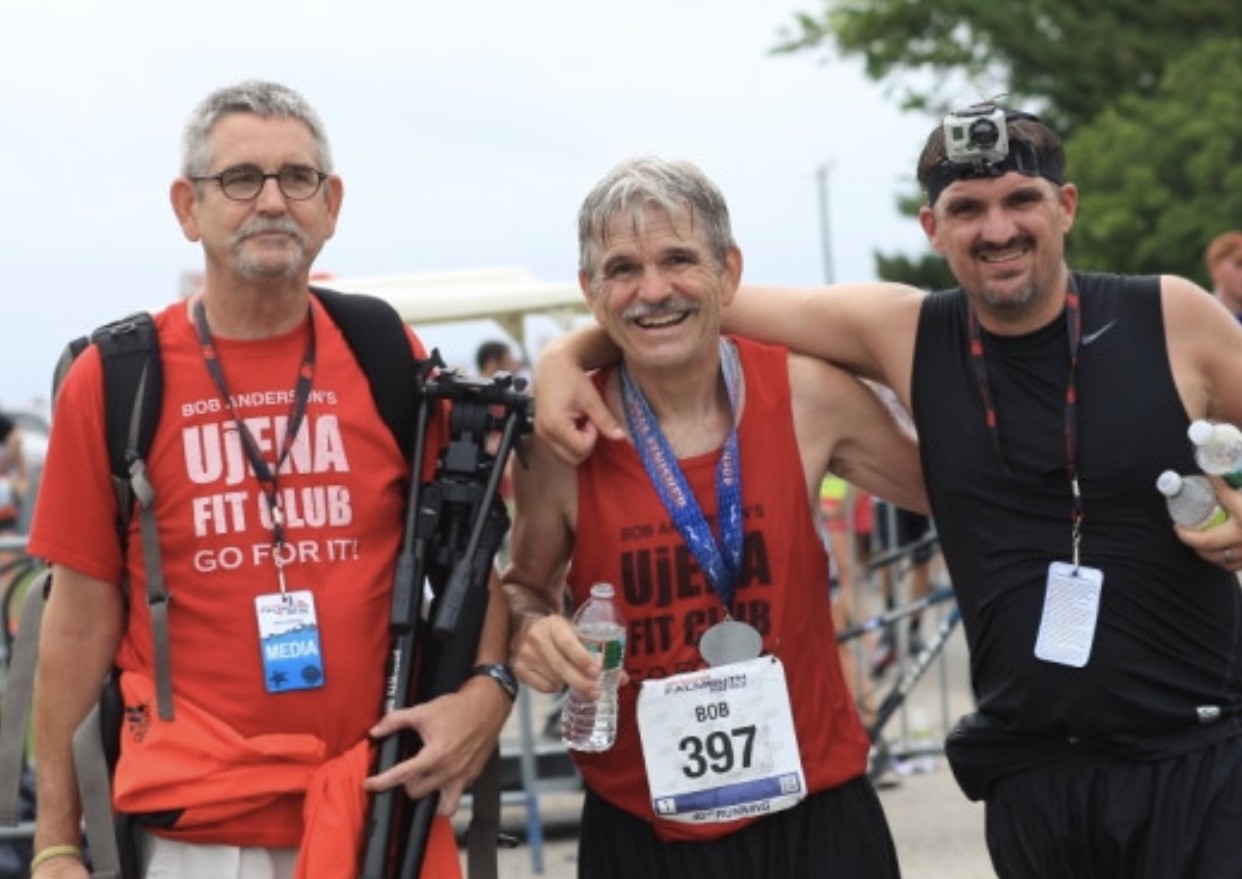 A Long Run the movie tells one man's story, but it's every runner's journey. Bob Anderson's life connects us to many icons...by the end, you're left with a runner's high without the sweat says Dan Brown

Over 100,000 people have already watched A Long Run the movie with good reviews. Now you can watch the full length movie...compliments of MyBestRuns.com with speical arrangments with it's production company Around Town Productions.

Actor Sean Astin who narrated the film wrote, "I loved A Long Run.  Thank you so much for letting me be a part of your wonderful journey Bob."  Boston Marathon director Dave McGillivray wrote," In watching A Long Run, you readily see the impact and influence Bob has had on our sport over the years.  This story is inspiring, motivational, educational and simply makes you want to go out the door and do a run..and a real 'long run' at that."

Joe Henderson writer and former Runner's World editor wrote, "I’ve always known Bob Anderson as a man of Big Ideas, one with a knack for making these dreams come true. He conceived a little magazine called Distance Running News, which grew into the biggest one, Runner’s World.

"He created a book division that published some of the sport’s best-selling titles...This all happened before Bob turned 30, but his idea-generating didn’t stop then. At more than twice that age, he dreamed up Double Racing and then to celebrate his 50th anniversary as a runner, Bob plotted a tough year-long course: 50 races, averaging better than seven minutes per mile overall, concluding the week he would turn 65."

A Long Run tells one man's story, but it's every runner's journey. Bob Anderson's amazing life connects us to icons like Bill Rodgers, Billy Mills and Paula Radcliffe but also to the low-budget thrill of a community 5k. The gorgeous cinematography captures The Avenue of the Giants, the beauty of Central Park in New York City, the San Francisco landscapes, resort cities like Cancun and Cabo, the lush island of Kauai and the vistas of Fort Bragg. 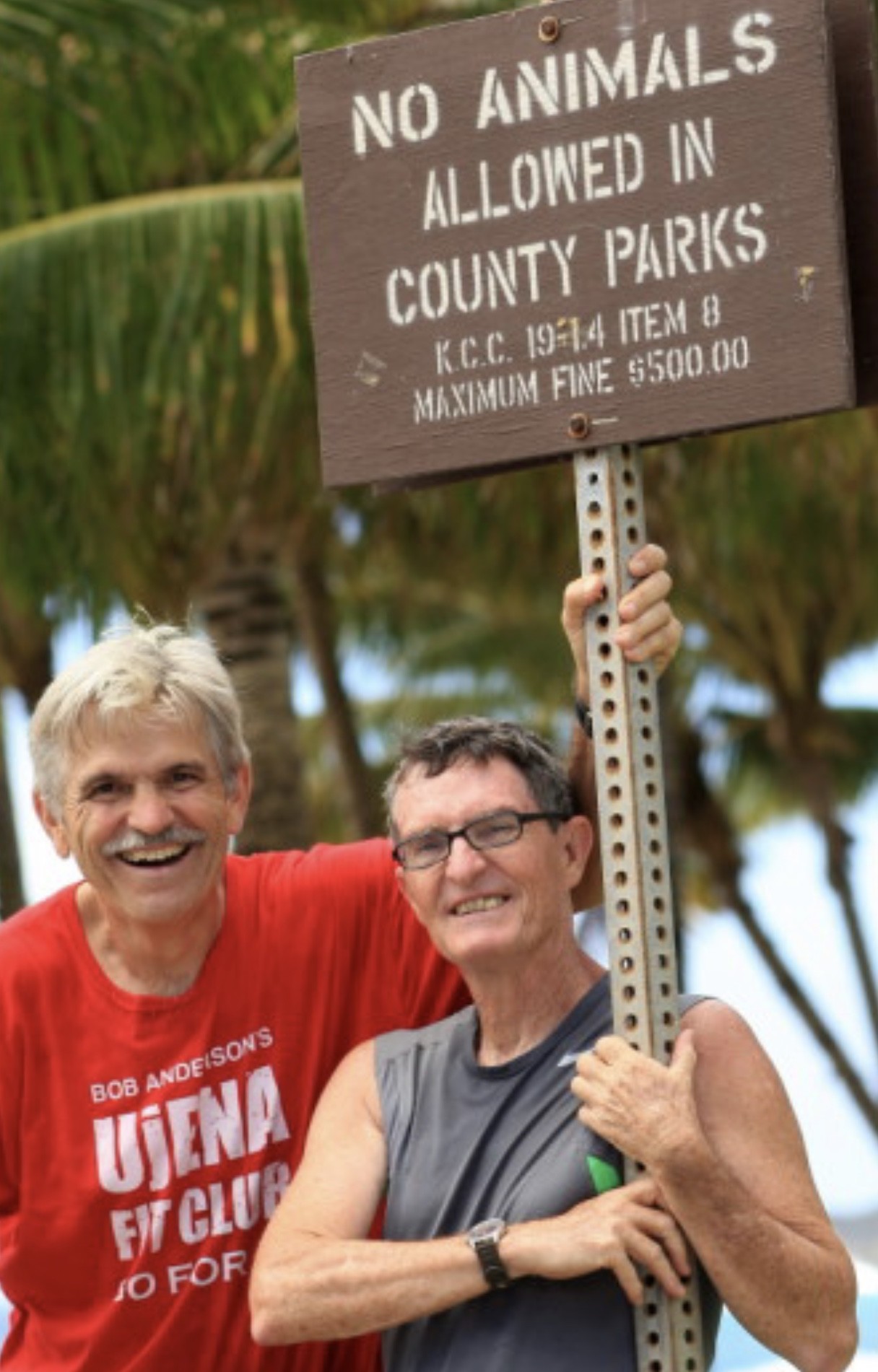 And the smoothly intertwined stories - his 50-race challenge, the magazine, the running boom - are handled with Olympic-caliber pacing. By the end, you're left with a runner's high, without all the sweat.

This is an inspirational life long journey that takes you across the United States, into Mexico and introduces you to some amazing runners.

A Long Run features Bob Anderson who started Runner's World magazine when he was 17 with $100. He grew the magazine to nearly a half million circulation with monthly readership of nearly 2.5 million before selling it to Rodale Press in 1984. How did he do it and why did he sell the magazine he loved?

His goal - Average under a 7 min/mile average pace at 64-years-old. That's fast for any age!

In the running formula known as age-grading, Anderson’s mile pace is the equivalent of a 30-year-old running an average pace of 5:24 for 50 races covering 350 miles.

Did he reach his goal? How did he cope with injuries? Weather? Hills? How did he recover each week?

By 17, Anderson wanted to tackle a marathon. He wanted to run the Boston Marathon. But neither he nor his high school coach (coach McGuire) knew how to prepare. So Anderson did the 1965 equivalent of a Google search: He sent letters around the country asking for advice.

Coaches and top athletes replied not just with training tips, but also with addresses of other people Anderson should try. Soon he had a network of running experts at his disposal. 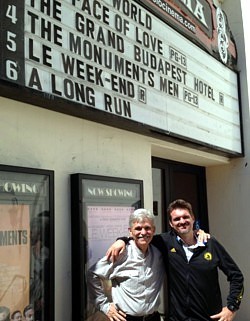 Recognizing the value of this collected wisdom, he turned to teammate David Zimmerman while on a bus trip to a cross-country meet for their Shawnee Mission West team. “I’m going to start a magazine,” Anderson declared.

With $100 from baby-sitting and lawn-mowing jobs, the 17-year-old launched Distance Running News. The magazine debuted in January 1966 with a 28-page issue that Anderson collated, stapled and folded himself.

The publication created a stir among a previously unknown army of foot soldiers. Thirsty runners plunked down the $1 subscription price (for two issues) — and often enclosed an additional $5 just to make sure the magazine stayed afloat.

“Until then, I wasn’t even aware that there was a running community,” said SF Bay Area runner Rich Stiller, who had been running with Anderson since the early 1970s. “I always think that Runner’s World was part of the jet-propulsion that really made the running boom take off and made people realize, ‘Oh, gee, I’m not doing this alone.’ ”

The magazine grew so quickly that Anderson dropped out of Kansas State University. He recruited a SF Bay Area writer and runner named Joe Henderson to be his editor, and moved the magazine headquarters to Northern California.

Anderson’s 50-for-50 goal was in jeopardy after he stumbled out of the gate or, more specifically, down a trail in Mountain View.

While on a training run in December, Anderson awoke to find his head streaming with blood and two people standing above him looking alarmed.

“There were no marks at all on my hands, which means I must not have even realized I was going down,” he said.

The fall required over 60 stitches and plastic surgery. But determined not to cancel the first race in his 50-race quest, Anderson limped to the starting line in San Francisco on New Year’s Day with a ruddy forehead and an eggplant of a bruise on his left knee. He finished that first race and then 49 more that year.

When Bob was publishing Runner's World he got so consumed managing a staff of 350 and was not able to train enough to run the Boston Marathon.  However he did run ten marathons between 1968 to 1984 but none with enough training.  He would not run Boston until 2013 when at age 65 he clocked 3:32:17.

A Long Run the movie covers a lot of ground.  The year long event finished over six years ago but the story is fresh and a movie all runners and even non-runners will enjoy.  You will want to watch it over and over again.

It was produced by Around Town Productions and directed by Michael Anderson (third photo at one of the showings in a theater in Monterey).

To watch the movie click on the link or go to: www.alongrun.com