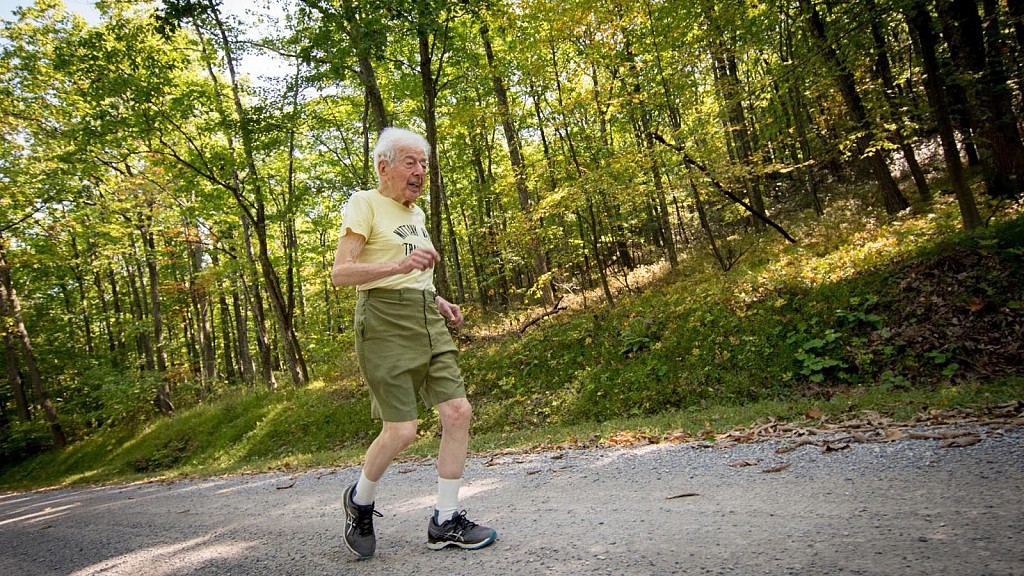 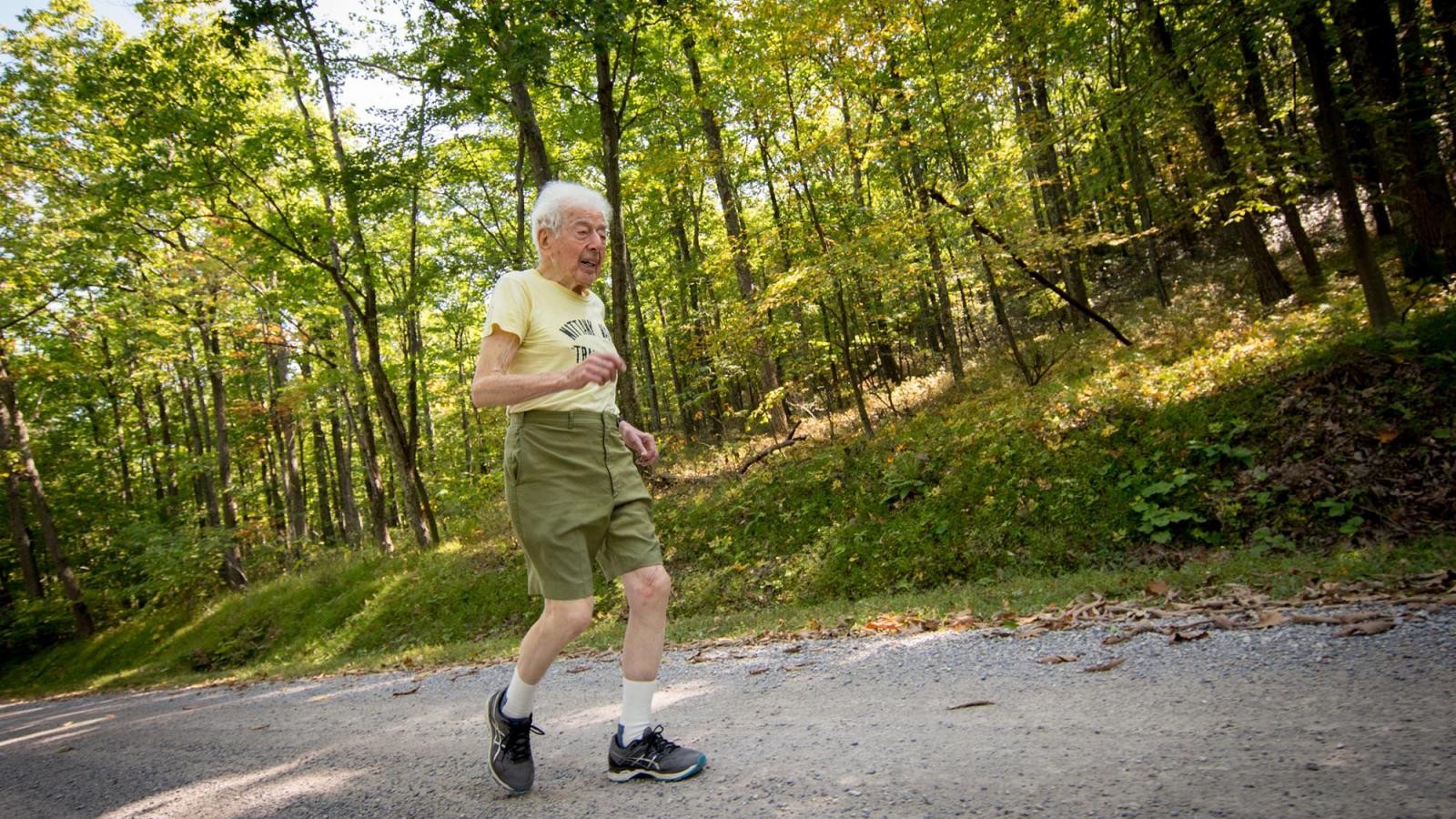 George Etzweiler of State College, Penn., who is 99 years old, did not finish the Northeast Delta Dental Mount Washington Road Race this year, but he’s okay with that and says he’s coming back next year.

“George participated but did not finish,” he wrote, referring to Saturday’s race in New Hampshire. “He and his team decided to call it quits at about the 6.5-mile mark… I think it was a combination of the wind and also time he was at, which was around four hours and 10 minutes at that point.”

“He did seem in great spirits afterwards and said he’s coming back next year.” 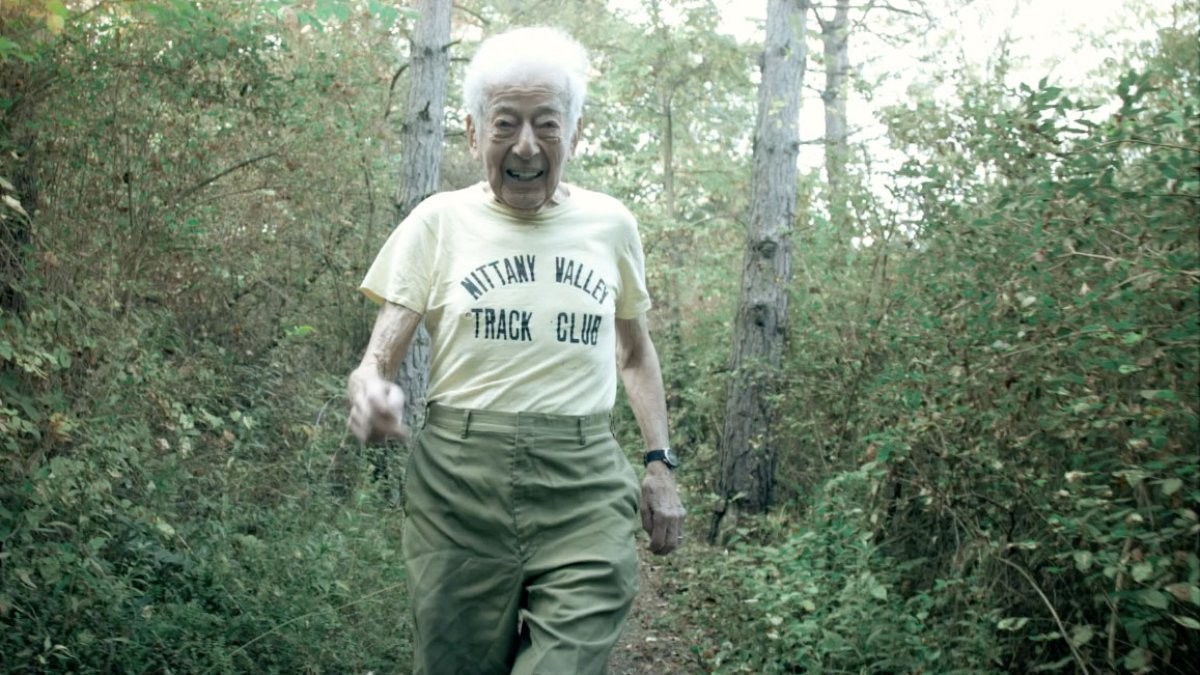 It was the 14th time Etzweiler, a retired engineer who took up running at age 49, has run this race, a 12K road ascent of Mount Washington, the highest peak in the northeastern United States. 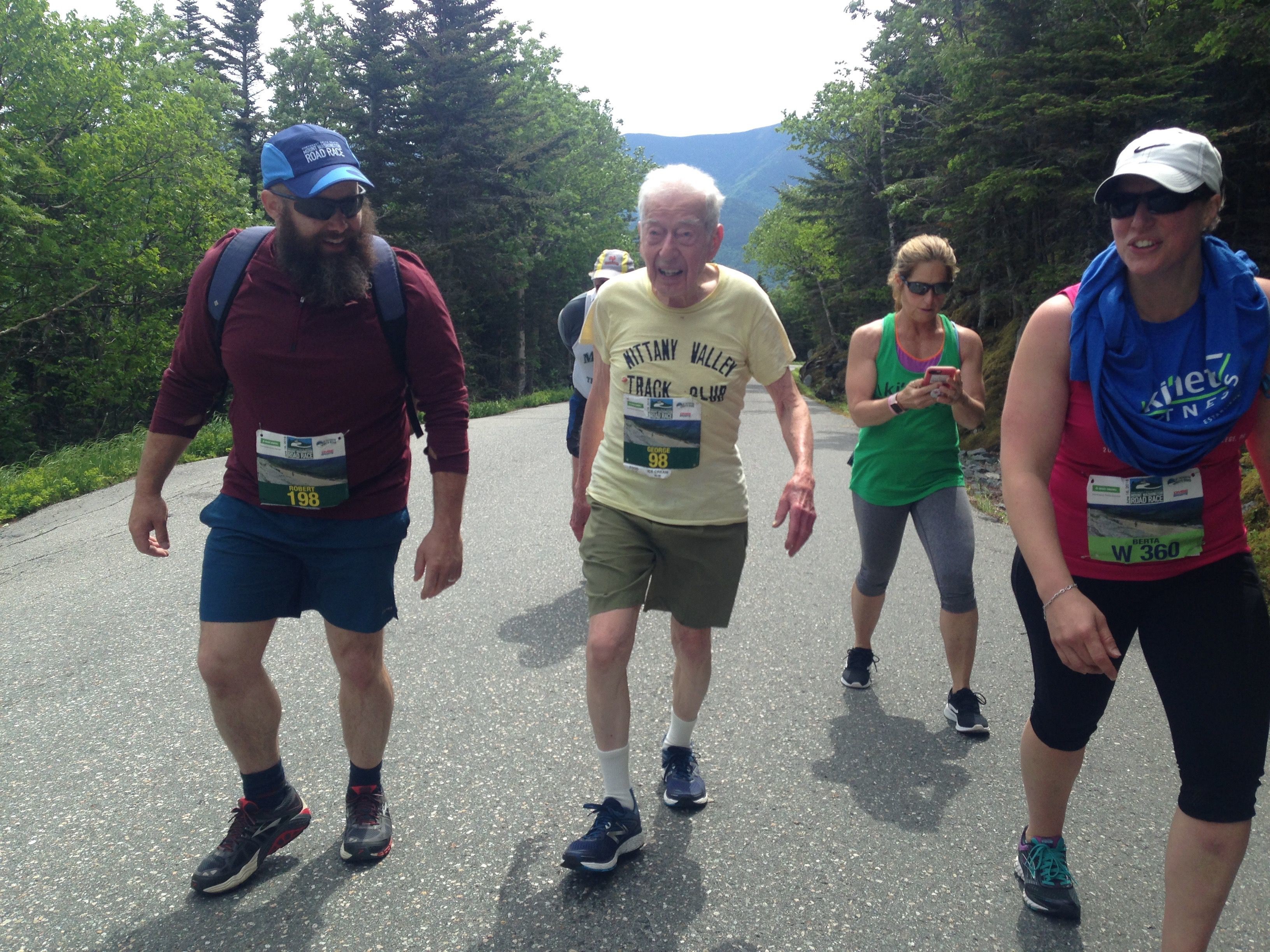 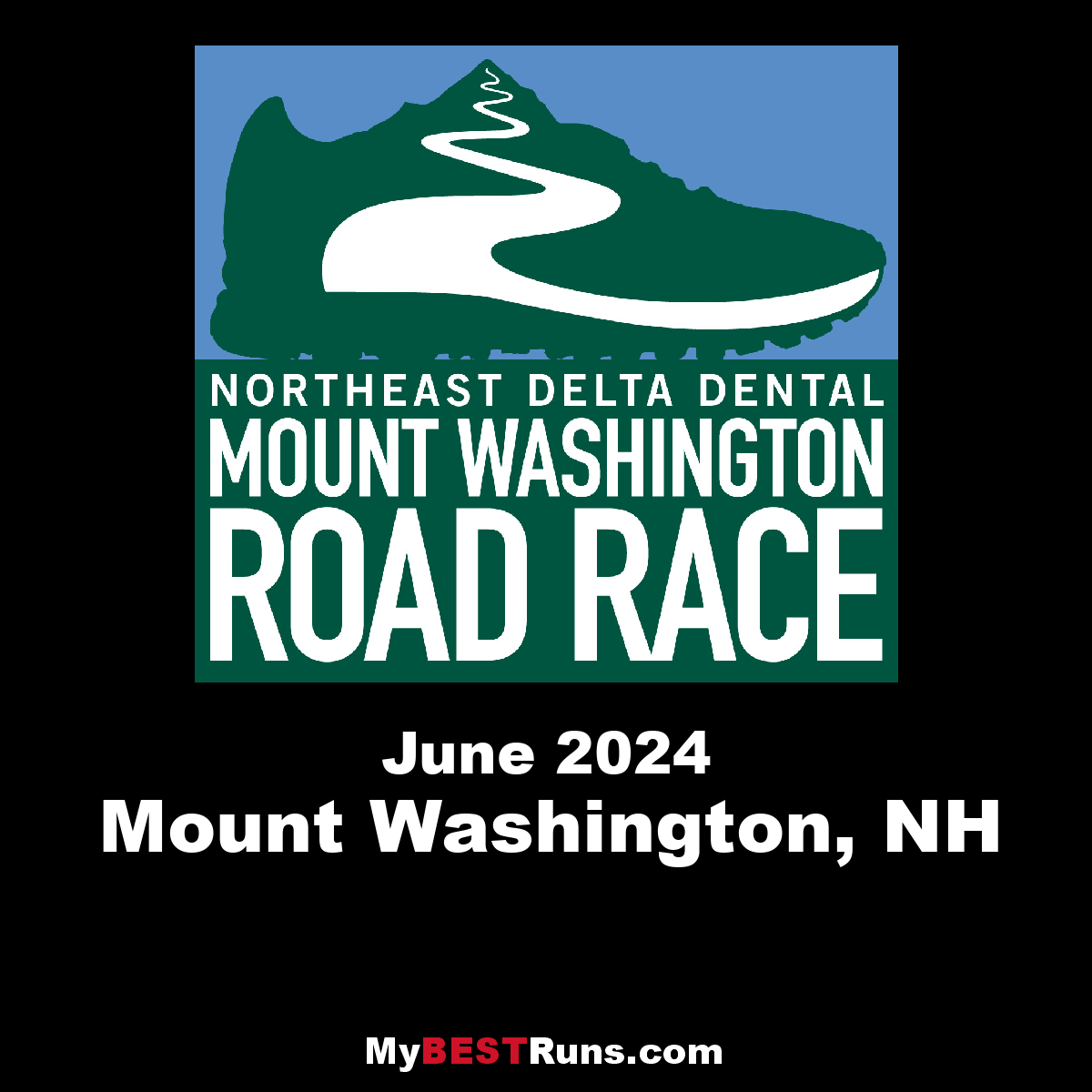