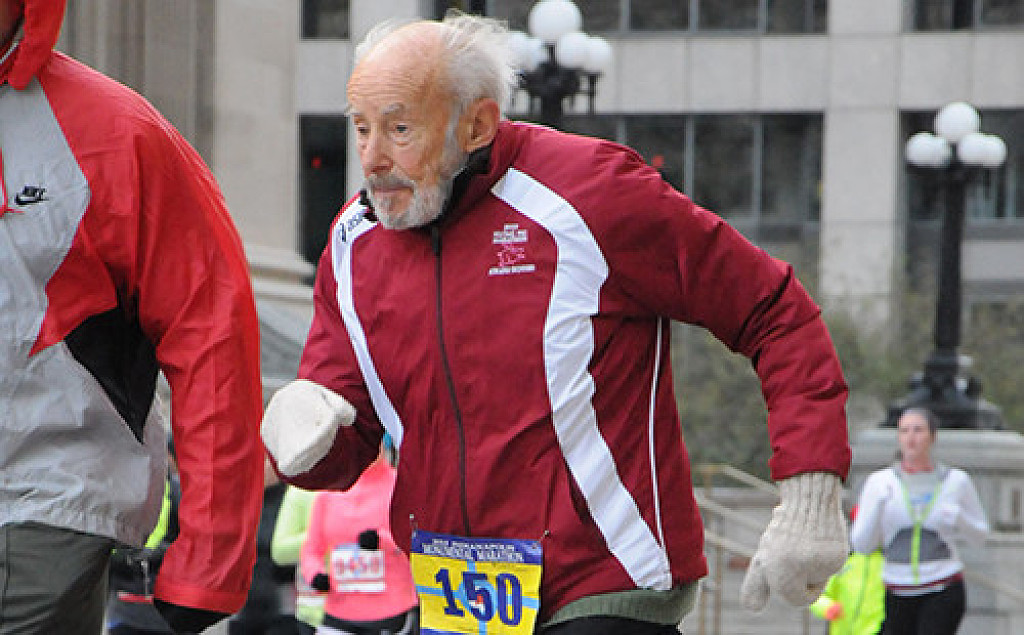 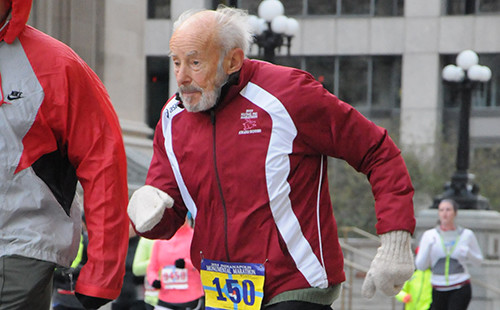 Mike Fremont, who turned 96 years old on February 23, still runs 10 miles three times per week. He canoes the other days. He holds four single-age world records (Marathon: ages 80 and 90 years old and Half Marathon: ages 90 and 91) and continues to compete today. He has been running his whole life, but attributes his excellent health and spunk to his vegan diet. When not running or paddling his canoe, Fremont volunteers his time speaking at schools to encourage others to live healthy lives and encourage environmental conservation. He’s as “rare as the yeti,” says his friend and accomplished ultrarunner, Harvey Lewis. Lewis, 42, of Cincinnati, Ohio, thinks Fremont should still “buy green bananas. His quality of life is outstanding. He can go farther than most Americans of any age. Mike has the energy of a high-school teenager,” says Lewis. “In fact, probably more. He can do more pull-ups—eight at one time—and push-ups than many active young people. And he will have you laughing within minutes. He’s humble, often kidding at his own expense.” When he was 60 he ran a 3:20 marathon. Not too bad, but the world record at that time was 2:36. At 90 he ran a 6:37 marathon. It set a world record. Almost twice what it took 30 years earlier. (03/28/2018) ⚡AMP
Inspirational Stories