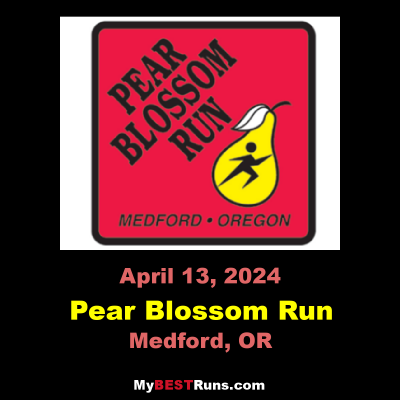 This race run by YMCA starts at City Hall and goes through the town of Medford, OR. The first Pear Blossom Run held in 1977 was won by Frank Shorter, Olympic Gold and Silver Medalist.

Thanks to Zellah and Jerry Swartsley who founded and led the Pear Blossom Run for the first 35 years. The race grew from 546 to 5,648 runners. Their caring, giving spirit drew in thousands of runners and volunteers throughout the years. Steven Buxton and Rich Stanfield with the YMCA, shown with Jerry and Zellah, continued the tradition. Their advice to the Rogue Valley Family YMCA is “when in doubt, give it out.” The Rogue Valley Family YMCA is committed to carrying on their incredible legacy.

Zellah and Jerry Swartsley, returning home from graduate school at Montana State University, stopped in Salt Lake City where a marathon was held and Jerry would finish 8th. An idea was born on July 24, 1971 and six years later it would become a reality. The first Pear Blossom Run held in 1977 was won by Frank Shorter, Olympic Marathon Gold and Silver Medalist. 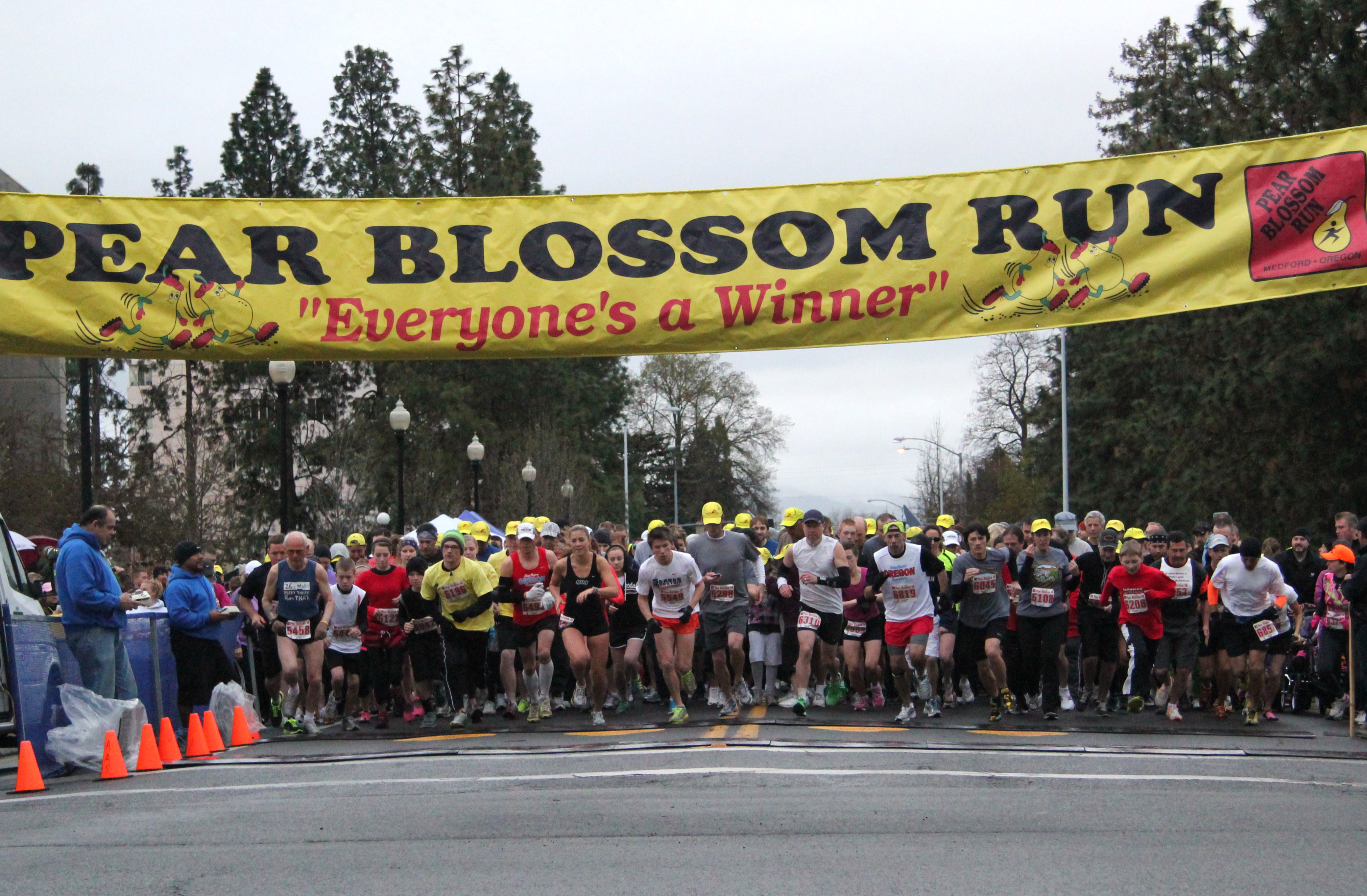