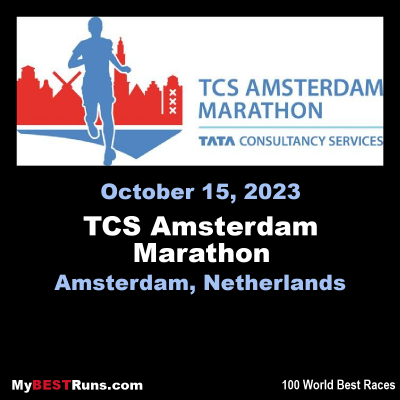 Do you want to enjoy Amsterdam in October and all that the city has to offer you? Want to feel a real athlete and start and finish in the historic Olympic stadium? Or run across the widely discussed passage under the beautiful National Museum? Then come to Amsterdam for the 44rd edition of the TCS Amsterdam Marathon in October!

The TCS Amsterdam Marathon has for years been one of the fastest courses in the world. The most popular marathon in the ranking is the eighth place in the ranking. Highlights in the course will be the start and finish at the Olympic Stadium, the passage under the Rijksmuseum, along the Amstel and the Vondelpark. 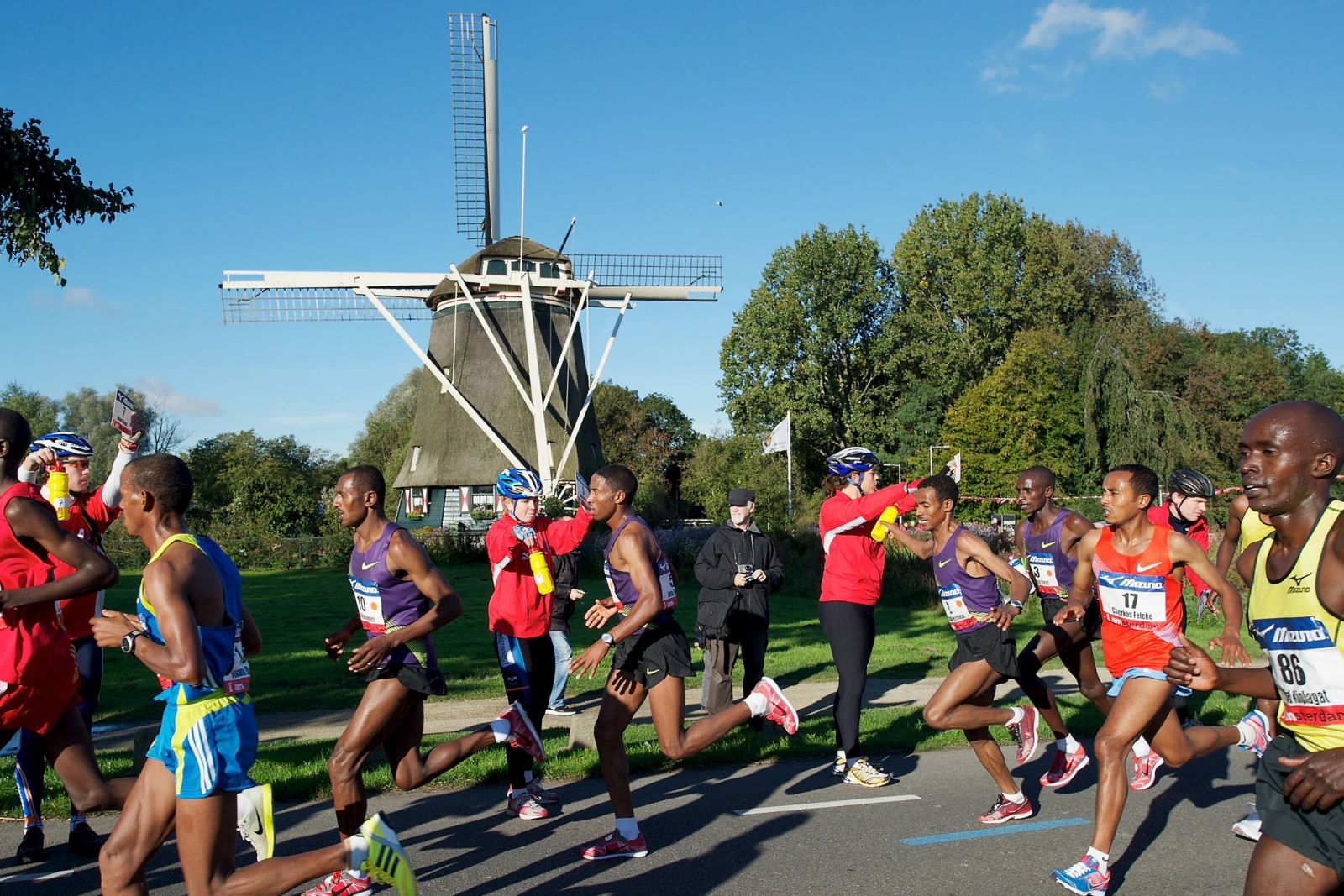 Lawrence Cherono won the 2018 TCS Amsterdam Marathon clocking 2:04:06 setting a new course record. The Kenyan shaved more than a minute off the course record he set last year, his personal best until today. His magnificent time is the fastest time ever run in the Netherlands. Mule Wasihun and Solomon Deksisa also clocked spectacular finish times of 2:04:37 and 2:04:40. The women’s race also saw a repeat win for last year’s victor, with Tadelech Bekele crossing the finish line in 2:23:14.

When the start signal sounded at 9.30am this morning, the weather conditions were perfect: the temperature was ideal and there was not much wind. Even so, the organizer, Le Champion, never dreamed that the race would be so fast. The course record of 2:05:09 was under attack.

After the runners left the Olympic Stadium, twelve athletes quickly formed a large lead pack headed by three pace setters, with all of the favorites, including Olympic champion and world record holder Kenenisa Bekele, among them. With the race getting off to a quick start, no one foresaw that two pace setters would drop out fairly early on, but Edwin Kiptoo’s masterful pace setting ensured that the lead pack held steady.

Just before the 30 km mark Kiptoo decided to make his move and the race heated up. Lawrence Cherono took matters into his own hands and stepped up the pace. Few runners were able to keep up. At the 34 km mark only Mule Wasihun and Solomon Deksisa were still in with a shout. But Cherono was clearly the strongest runner. His long powerful strides left the two Ethiopian athletes behind.

The Kenyan’s solo entry into the Olympic Stadium made him a new marathon icon. The crowd stood on the bleachers and broke into wild cheering as he breasted the tape. People looked at the clock in amazement: 2:04:06. “I went all out to win and wanted to finish in 2:04,” said Cherono after the race. “I hoped to do it in 2:04:30 so I’m thrilled I managed to achieve such a good time and win.”

Fractions of a second later Wasihun and Deksisa also entered marathon history in Amsterdam by finishing in under 2:05. Wasihun’s finish time of 2:04:37 was also more than a minute faster than his previous best time. Deksisa improved his personal best from 2:06.22 to 2:04.40. Kenenisa Bekele abandoned the race after his pace dropped off dramatically. The Ethiopian was forced to admit that he wasn’t as well prepared as he could have been.

In the meantime the women were engaged in an exciting battle for the medals. Tadelech Bekele had to give it her all for the last fewkilometers tooutpaced her Ethiopian rivals. She was confident she would win and triumphed again this year, finishing in 2:23:14, slightly slower than last year (2:21:54). The other women were hot on her heels: Shasho Insermu (Eth, 2:23:28), Azmera Gebru (Eth, 2:23:31), Desi Jisa (Brn, 2:23:39) and Linet Masai (Ken, 2:23:46). Olympic champion Meseret Defar finished her first marathon eighth in 2:27:25.

Butter and Boonstra take the national title
The TCS Amsterdam Marathon also included the national marathon championships. Michel Butter emerged as the victor after an exciting head-to-head. Ronald Schröer went on the offensive early in the race and ran part of the course on his own. Michel Butter and Edwin de Vries runners played off each other and after 30 kilometres had Schröer in their sights. Schröer had to pay for his fast start when he developed cramp. The race between training companions Butter and De Vries was eventually won by the more experienced Michel Butter. His main aim was to win the gold. The time of 2:17:18 was of secondary importance. De Vries finished in 2:17:24 setting a new personal best and taking the silver. Bronze went to Gert-Jan Wassink (2:18:44). Schröer’s fourth-place finish (2:21:53) was out of character.

Butter: “I’m very pleased with the way I ran. I started to cramp in the last few kilometers, but fortunately I managed to keep going.”

Boonstra ran her first race since 2015 and secured a convincing win in 2:42:07. “I’m glad to be back. The first 20kilometers were a piece of cake, after that it got more difficult. But I enjoyed the crowd and running a marathon again.” She was joined on the podium by Patricia Schreurs (2:49:01) and Marije Geurtsen (2:53:38).