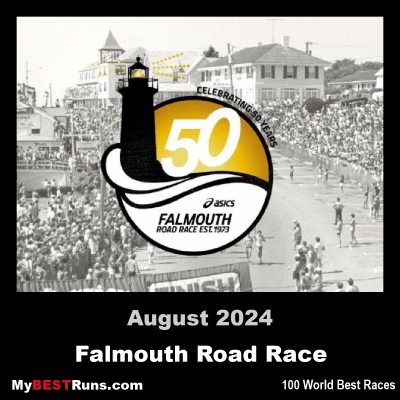 The Falmouth Road Race was established in 1973 and has become one of the premier running events of the summer season. Each year the race draws an international field of Olympians, elite runners and recreational runners out to enjoy the scenic 7-mile seaside course. The non-profit Falmouth Road Race organization is dedicated to promoting health and fitness for all in its community. Proceeds from the race each year support youth athletic programs in the town of Falmouth and other non-profit community groups.

Sponsored by New Balance. The little race that could belongs to Falmouth. It was first held on a Wednesday afternoon because that was founder Tommy Leonard's birthday. It is seven miles because that was the distance from the Captain Kidd in Woods Hole to Tommy's workplace: the Brothers Four in Falmouth Heights. 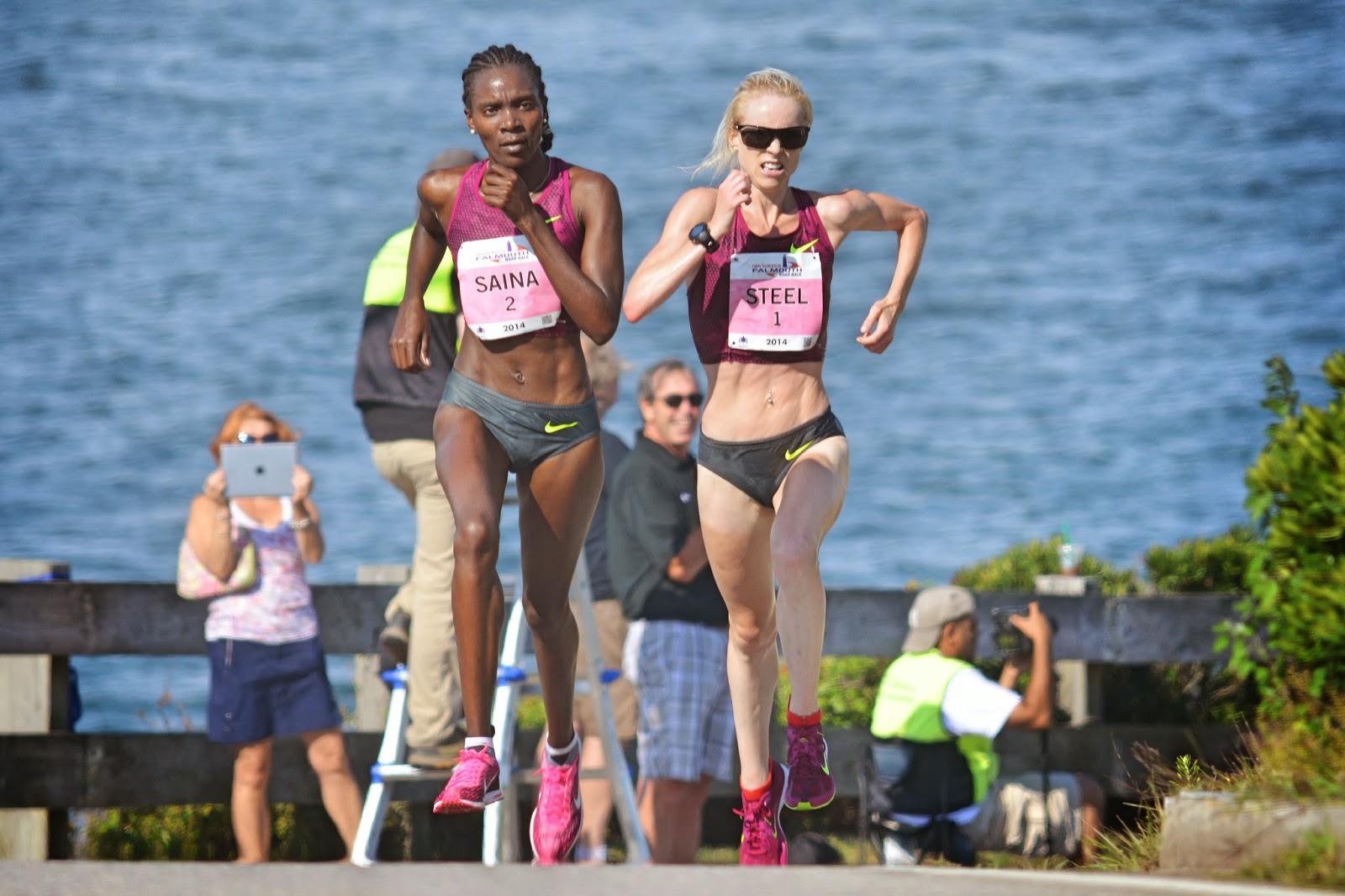 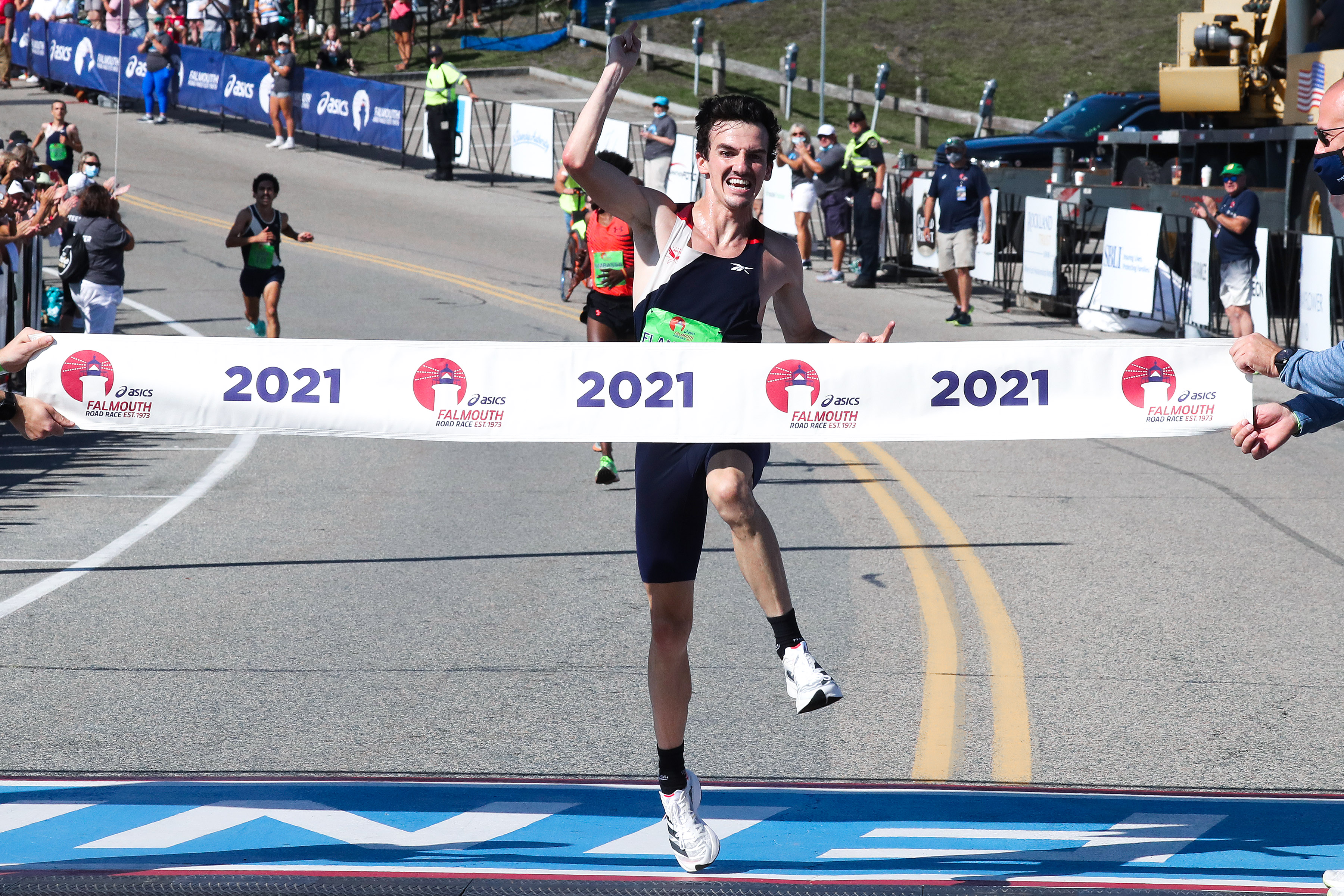 Roger Wright
Considered one of the most beautiful races on the East coast. In addition it is one of the smallest races with running legends like Bill Rodgers, Frank Shorter, Joan Benoit, Meb Keflezighi showing up. Unfortunately it is very popular and hence, very difficult to get in and is based on a lottery. If you do make it, you will completely understand why it is one of my favorite races to run.
Bob Anderson
I really like this race. I had heard about it for years but did not run it until 2012. I just loved everything about this race. The town is a cool little place. It was hot the year I ran but it was a five star experience!
Race Date: 08/16/2020 Distance: 7 Miles 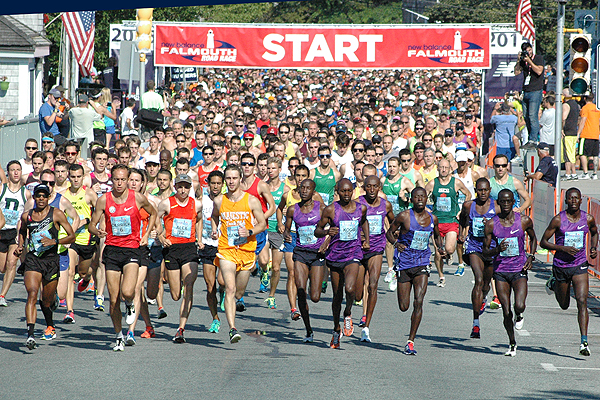 (2019) Leonard Korir pulled ahead of four-time champion Stephen Sambu with less than two miles to go and became the first American man since 1988 to win the New Balance Falmouth Road Race on Sunday morning.

Korir, of Colorado Springs, Colorado, finished second behind Sambu, of Kenya, in 2017. This year, Korir dominated the end of race and completed the 7-mile course in 32 minutes, 11 seconds.

Sambu finished second in 32:29, while Kenya’s Edward Cheserek, a former 17-time NCAA champion with Oregon, was third in 32:30.

Mark Curp of Missouri was the last American men’s winner.

The race is seven miles long and begins in front of the Woods Hole Community Center, near the drawbridge on Water Street. The first three miles are narrow, hilly, winding tree-shaded roads, while the last four miles are open on the flat right next to Martha’s Vineyard Sound. A small steep hill lets you know that you are beginning the last half-mile of the race. Once you crest the hill it is “all downhill” to the finish.